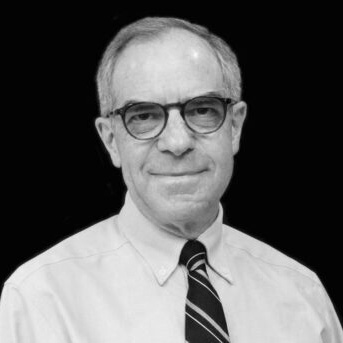 The invasion of Ukraine by Russia on February 24, 2022, was met with strongly by the West, characterized by remarkable collaboration between the US and Europe in imposing sanctions on Russia and providing assistance to Ukraine. This determination is however not shared by the whole world. Although 141 out of 193 countries voted in favor of the March 2 UN General Assembly resolution demanding that Russia "immediately, completely and unconditionally withdraw all of its military forces from the territory of Ukraine within its internationally recognized borders", some abstentions were striking, including from Algeria, India, Senegal and South Africa. And even among those that condemned the Russian aggression by voting in favor of the resolution, a number of countries refused to follow the West in its attempt to isolate and weaken Moscow. This is in part due to some of these countries’ strategic and economic ties with Russia. They are not willing to compromise their national interests by joining in on sanctions, in a war widely seen as European - rather than global as the West portrays it. The argument of the threat to the rules-based world order brandished by the West is also difficult to hear for many countries, which accuse the United States of "double standards", taking as an example the 2003 US-led invasion of Iraq launched without the UN Security Council approval.

This context has led Mahaut de Fougières, Head of Institut Montaigne’s International Politics Program, to gather non-Western perspectives to better understand countries’ perceived ambiguity on the conflict, the dynamics at play behind decisions, and the anticipated consequences of this war beyond European soil. Mexico is our first country. Its stance in the face of war in Ukraine is ambivalent. President Andrés Manuel López Obrador declined to impose sanctions on Russia and condemned the EU for sending arms to Kyiv, yet Mexico voted in favor of the March 2 UN General Assembly resolution demanding that Russia immediately end its military operations in Ukraine. Luis Rubio, Chairman of Mexican think tank México Evalúa, explains Mexico’s reaction is both influenced by its complex relationship with the United States and by President López Obrador’s lack of interest in foreign affairs.

How do you explain Mexico’s stance on the conflict?

Mexico’s President Andrés Manuel López Obrador ("AMLO") has a profound lack of knowledge and disdain for international affairs. When it comes to Mexico's foreign policy, one of the President’s favorite quotes is "the best foreign policy is a good domestic one". By somewhat inverting Carl von Clausewitz’s famous dictum ("war is a continuation of politics by other means"), the President shares his conception of the world and his disdain for the way in which it has evolved. AMLO is firmly anchored in the 1970s, a time during which he was the Institutional Revolutionary Party (Partido Revolucionario Institucional, PRI) leader in his home state of Tabasco.

AMLO is firmly anchored in the 1970s, a time during which he was the PRI leader in his home state of Tabasco.

This was the time during which PEMEX, the government’s oil monopoly, was growing rapidly. It was also a period where government operatives, like the current President, had money to create a clientele favorable to the party in government. AMLO’s whole government has been built around a recreation of the 1970s model because from his perspective, things worked out well then. During that era, Mexico’s economy was inward looking and government driven.

The President thus believes in isolating Mexico politically and economically as much as possible for two reasons.

López Obrador has thus strived to limit contact with the US government and returned to Mexico’s old nature: rhetorically attacking the United States under the assumption that this strengthens his domestic popularity. However, AMLO is also a political realist, he understands the limits of what he can do, and was instrumental in facilitating the ratification of the USMCA trade agreement (the United States, Mexico, and Canada updated NAFTA to create the new USMCA in July 2020).

It is with this context in mind that the López Obrador administration’s contradictory stance towards Ukraine should be viewed, with conflicting domestic forces at play: those that want to be part of the international community and those that would rather retreat. Above all, it is an attempt to show independence vis-à-vis the great power of the North, an old way of playing hardball on relatively irrelevant issues with the US.

What is the impact - if any - of this war on domestic politics? Is there a consensus on this issue?

Protective of its national sovereignty (with an eye permanently glued to the North) and having operated mainly within the framework of a one-party system, to which the current administration is aiming to return, Mexican traditional foreign policy has always been based on a non-intervention strategy.

This is done to avoid outside judgment. It is hence unsurprising that the López Obrador government refused to impose sanctions on Russia. Though there is a constituency that supports this position, the average Mexican citizen "votes with his or her feet" (i.e. moving to a different city or state because they prefer its government policies compared to those in force where they currently reside).

Mexican traditional foreign policy has always been based on a non-intervention strategy.

The best indicator of Mexicans’ priorities and preferences is emigration. Despite the volume of Mexican migration dropping in the last decade (largely as a result of changes in the demographic pyramid) it has recently picked up. This is fuelled by economic hardships in Mexico and by opportunities provided by the US economy.

Can the war affect the US-Mexico relationship?

Despite a common border and more than two decades of partnership, the US-Mexico relationship is arguably one of the most complex in the world. Both countries are divided by legacies of history and very contrasting cultures. The levels of development on each side also deserves a mention. A stark asymmetry of power will always persist between both countries. Nevertheless, Mexico’s influence on the US should not be overlooked. The potential lack of cooperation of a Mexican government on issues that are politically relevant to the United States cannot be minimized. Hence, both nations understand that they are joined at the hip and strive to control the level of conflictuality.

Almost forty years ago, both nations agreed to manage the bilateral relationship based on two principles. The first is compartmentalization of issues: never mix issues that plague the relationship (such as migration, drugs, exports, imports, investment, etc.) so as not to politicize problems and be able to effectively address them. The second, is that neither government should surprise the other in public or, as diplomats now say, no daylight should come about so that issues can be managed and both can anticipate changes in direction. These two principles set the foundation for an ever-growing economic and peaceful relationship that catered to both nations’ interests. Even though policy inaction on various fronts is preventing Mexico from reaching US levels of development, both countries never failed to address issues resulting from the complexity of their vicinity. Recently, for example, President López Obrador surprised President Biden by publicly conditioning his attendance to the Summit in The Americas to the presence of the presidents of Cuba and Venezuela. Most telling, President López Obrador is the first president since that agreement was reached in the 1980s who shares neither the vision of closer ties, nor the need to address common problems in tandem.

The critical question for Mexico and, inexorably, for the bilateral relationship, is whether AMLO’s current vision is the beginning of a new era, or rather an exception to the ever-greater closeness that has characterized the past few decades. This issue will be of paramount importance in the 2024 Mexican presidential election. The 2024 US presidential election will also prove to be pivotal, for a return to a Trump administration could decisively change the course for the bilateral relationship.

See also
Regions > America > Russia
America’s Electoral Playbook: Changing the Rules of the Game
Three questions to Lawrence Norden and Ian Vandewalker
INTERVIEW | 28 February 2022 | Lawrence Norden | Ian Vandewalker
In the shadow of the Trump presidency and January 6 Capitol riot, America’s political polarization is deepening, illuminating the fragility of a Constitution that is meant to ensure free and fair elections for all. The fact that the US Constitution leaves it up to States to organize, count, and...
Next
Regions > America > Russia
Pedagogy and Polarization: Restoring America’s Fractured Political Landscape
Three questions to Lisa Anderson
INTERVIEW | 16 February 2022 | Lisa Anderson
Since the election of Donald Trump in 2016, America has witnessed a growing discord among its social and political groups. Deepening inequality has been both the cause and consequence of a renewed "civil war", the effects of which are dividing the country’s communities. Amid this increasingly...
Next
SIGN UP FOR OUR NEWSLETTER
for a handpicked selection of analyses each week Yes please
Series |
Next
Publication -
Next
États-Unis et amériques | Russie
...
Next
Séminaire réservé exclusivement
à nos entreprises adhérentes
Restricted to
member companies
Next