Global Security After the War On Terror 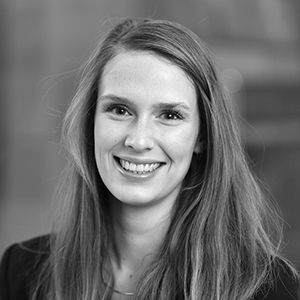 The terrorist attacks of September 11, 2001 spurred sweeping changes in how the United States, its allies, and adversaries used state power to respond to national security threats. Armida van Rij, a research fellow with the International Security Program at Chatham House reflects on the legacy of the attacks. In this 3-Question interview, she offers insights into the biggest changes in global security, surveillance, and states’ counter-terrorism practices.

Between the return of Taliban and the continued peril posed by ISIS and Al Qaeda, is the global threat of islamist terrorism worse than it was 20 years ago?

Islamist-inspired terrorism as it is today poses a bigger threat to the Sahel and the Horn of Africa, regions where Jihadist insurgencies are flourishing, than to European or American capitals. According to the Global Terrorism Index, deaths linked to terrorist attacks globally declined by 59% between 2014 and 2019. In Africa however, deaths have risen. Violence caused by Boko Haram has cost an estimated 30,000 lives since 2009 and has forcibly displaced three million people. In the cases of ISIS and al Qaeda, while the leadership of both organizations has been weakened, the ideology the groups espouse and project has not. Instead, ISIS is spreading and expanding its regional structures in West Africa and the Sahel, East and Central Africa, Afghanistan and South Asia. Indeed, it is in various parts of Africa that both ISIS and al Qaeda have been most successful in spreading their influence, including into Kenya, Tanzania and Senegal. These are just the two major groups we most often speak of - but they represent a mere fraction of terrorist-related deaths in Africa. There are a multitude of smaller and fragmented organizations who have only weak links to al Qaeda or ISIS - but are no less deadly.

With the Taliban takeover of Afghanistan following the withdrawal of Western troops, there is a risk al Qaeda will seek to re-establish a base and rebuild capabilities from Afghanistan. However, a central tenet of the US-Taliban peace deal negotiated during the Trump administration was for the Taliban not to harbor terrorist groups following troop withdrawal. This remains a red line for the US with regards to its engagement with the Afghan government going forward. It is also a key concern for China and Russia. It remains to be seen whether the Taliban will uphold this condition and whether they have influence over other terrorist organizations operating in Afghanistan to do so. A player to monitor would be ISIS affiliate Islamic State Khorasan Province, the group which claimed responsibility for the Kabul airport attack during the troop withdrawal.

Yet the key challenge going forward will be how states can and should adapt to the changing character of the terrorist threat.

While it is true that an attack of the scale of 9/11 has not taken place in Western countries since 2001, many capitals have been shaken by Islamist-inspired terrorist attacks. Examples include the train bombings in Madrid in 2004, the 7/7 bombings in London, the 2008 Mumbai attacks and the Bataclan attacks in Paris in 2015. Today and in the near future, Islamist-inspired terrorism will continue to be part of the international security landscape.

Yet the key challenge going forward will be how states can and should adapt to the changing character of the terrorist threat. The risk in the West is increasingly shifting from threats posed by Islamist-inspired terrorist organizations to domestic and home-grown terrorism, including far-right extremism and terrorist actions by white supremacists. Both in the UK and in the US, police forces have assessed that right-wing terrorism is a faster growing and bigger threat than Islamist-inspired extremism. According to a dataset by CSIS, far-right attacks account for the majority of all terrorist incidents in the US since 1994. In 2018 and 2019, far-right terrorist acts were responsible for over 90% of deaths due to terrorism in the US. In the UK, far-right terrorism presents the fastest growing threat. Far-right terrorism is not an isolated problem however - attacks are taking place on a global scale. In 2011, Andres Breivik killed 77 people in Norway. In 2019, Brenton Tarrant killed 51 people in the Christchurch attacks.

What we know for certain is that the international security landscape is perhaps more fragmented than it was 20 years ago, with a wider range of security challenges and threats. These require an equally wide range of policy responses.

How has the War on Terror shaped international security in the last 20 years?

The "War on Terror" was announced by US President George W. Bush on September 20, 2001. He addressed the US Congress stating, "our war on terror begins with Al-Qaeda, but it does not end there. It will not end until every terrorist group of global reach has been found, stopped and defeated". The US-led intervention in Afghanistan remains the only time NATO’s mutual defense clause (Article 5) was invoked. Since then, the US and its allies invaded Afghanistan, then Iraq, led a military air campaign in Libya, and remained largely on the sidelines while civilians were massacred by the Assad regime in Syria.

There have been two significant dimensions to the counter-terrorism paradigm which came into being in response to 9/11. The first is that, in the US and Europe at least, the response to 9/11 led to a shake-up of the countries’ security apparatuses. The failings of the American intelligence community to share intelligence and data prior to September 2001 was quickly recognized as a deadly error. Former UK MI5 Director John Sawers recently described it as a shift from a "need to know basis to a dare to share" within the intelligence communities. In the US, the response to 9/11 led to the creation of the Department of Homeland Security, bringing together its domestic intelligence services and law enforcement agencies under one umbrella, leading to the development of the significant security apparatus in existence today. In addition to this, the response to 9/11 led to a shift from monitoring traditional state-based threats to networks of non-state actors which operated in a far more fluid way. This called for new surveillance tools, including drones and internet monitoring.

As a result of the surveillance levels deployed by Western states as part of their counter-terrorism policies, however, critics have argued that personal freedoms and liberties have been lost. In France, for example, in response to the Bataclan attack in 2015, then-President Hollande put in place a state of emergency which lasted until July 2017 - after which President Macron’s judicial reforms effectively transformed some emergency powers into ordinary law.

As a result of the surveillance levels deployed by Western states [...] critics have argued that personal freedoms and liberties have been lost.

Some of the anti-terrorism measures that were legalized include extended police powers to search homes, restricted movement, or the closing of religious sites deemed radical. These measures have been criticized for their perceived infringement on civil liberties.

This problem goes beyond the West. In the Middle East, the "terrorist" label has been deployed by repressive regimes to stifle opposition and activism. In Syria, Bashar al-Assad named his political opponents "terrorists". Egypt’s counterterrorism bill broadly defines terrorism as "infringing the public order, endangering the safety, interests or security of society", which in practice has been used to prosecute journalists, activists and critics of the regime. China and Russia equally use their counter-terrorism legislation to silence critics.

The second dimension of the response to 9/11, which in itself is a consequence of the counter-terrorism paradigm, are the unintended impacts of the counter-terrorism framework. Since 9/11, states have increasingly expanded the mandate of their counter-terrorism legislation and sanctions from criminalizing acts of terrorism to criminalizing the support of terrorism too. The UN Security Council has increasingly called on its Member States to criminalize broader offenses related to terrorism, including the financing of terrorism. However, this has had unintended adverse impacts on humanitarian organizations and their operations. Assets or resources provided for humanitarian action could be criminalized, thereby negatively affecting the provision of relief to affected civilians in conflict zones. This is particularly challenging in conflict zones where large swathes of civilians live in areas controlled by organizations designated as terrorist groups, such as areas held by Al Shabaab in Somalia and ISIS affiliates in Syria.

The post-9/11 counter-terrorism paradigm continues to hinder the provision of impartial humanitarian assistance to civilians in conflict zones.

In recent years, some member states and the EU have sought to mitigate the impact of counter-terrorism legislation on humanitarian action through humanitarian exemptions, which means that a restriction - whether financial or otherwise - does not apply when the purpose of the action is to provide humanitarian aid.

Yet putting this into practice remains challenging - and exemptions can be slow to process. The result is that the post-9/11 counter-terrorism paradigm continues to hinder the provision of impartial humanitarian assistance to civilians in conflict zones.

Have counter-terrorism efforts eroded the credibility of the West? If so, how?

The US and its allies have claimed to have intervened in Iraq and Afghanistan, among others, in order to "preserve freedom" and "bring human rights" to the citizens in these countries. Yet, these claims have been directly undermined by some of their responses to 9/11. The objective of upholding the principles of justice stand in direct contrast to the documented human rights abuses in Baghdad’s Abu Ghraib prison, at US detention facility Guantanamo Bay, and CIA black sites and the detention of hundreds of suspected al Qaeda and Taliban members in "legal black holes", to circumvent the Geneva Conventions. Indeed, detainees continue to be held without charge at Guantanamo Bay.

These examples help demonstrate the lengths to which the US was willing to go to keep America safe - even if in practice this meant installing a security apparatus with blurred international legality. Yet, the result was worldwide condemnation, undermining any US claims to moral superiority. The image of value-based foreign policies the US and its allies have sought to portray has been undermined as a result of the lawlessness described above.

In the name of fighting terrorism, Western countries have continued to cooperate closely with states with whom they share few values.

At the same time, the counter-terrorism paradigm of the past 20 years has led to some uneasy alliances. In the name of fighting terrorism, Western countries have continued to cooperate closely with states with whom they share few values. The US-Saudi partnership on counter-terrorism against ISIS in Iraq has been viewed as a paradox considering the fact that 15 of the 19 9/11 hijackers were Saudi nationals. Equally, in Yemen, US weapons sold to Saudi Arabia have since been sold on by Saudi Arabia to buy loyalty among local militias. This includes the Abu Abbas brigade, a group linked to al Qaeda in the Arabian Peninsula, of which the founder was declared a terrorist by the US in 2017 - yet the group continues to be supported by Saudi Arabia. The realpolitik of the counter-terrorism paradigm is still very much in place today.

Finally, there is the question of whether there is will among the US, the UK, France, and other Western countries to become involved in other long-term counter-terrorism and counter-insurgency operations, of the kind that Iraq and Afghanistan embodied. France remains engaged in counter-terrorism operations in the Sahel, working with a wide range of coalition partners. But following the US’s disastrous withdrawal from Afghanistan, the question remains how keen President Biden may be to engage troops on the ground again. Russia and China, as well as non-state actors, may well seek to capitalize on any ‘’military footprint fatigue" in their strategic calculations, and expand their influence across the Middle East - the precise opposite of the US’ foreign policy objectives.