Enlargement in the Time of Covid-19 – a Balkan Reflection 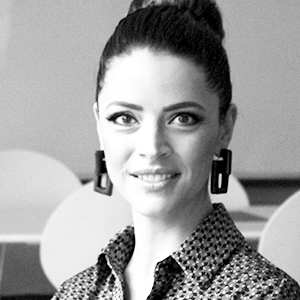 On March, 25th amidst what the German Chancellor referred to as "the greatest crisis since the Second World War", the EU member states finally gave the green light to two small Balkan countries – North Macedonia and Albania – to open EU accession negotiations. This may seem like a bizarre moment to focus on enlarging the Union, which has been troubled with the lack of a unified response to the ongoing Covid-19 pandemic and a perceived failure of fellow-member states to help their peers most in need. Yet, what appears strange on the surface makes a lot of sense underneath it.

To understand the logic and timing of this decision, one needs to go back in time for a bit and also have a look around the Balkan region. Concerning the former, it is important to recall that these two countries have been in the accession process for well over a decade. North Macedonia was even a front-runner of the process a decade ago, until its progress was stalled due to the name dispute with its neighboring Greece. The European Commission gave repeated recommendations for the EU to start accession talks with these two countries, but the deteriorated trust in the assessments of the European Commission from a few member states (France included) resulted in repeated failures to make this decision.

Whereas Albania’s progress was more disputed, North Macedonia was widely recognized by experts and the policy community across the EU as deserving this rudimentary step in the process after changing its name in a historic Prespa agreement. What is important to understand is that the start of accession negotiations is not a point of no return and member states have over a thousand possible veto opportunities before a country can actually accede to the Union.

What is important to understand is that the start of accession negotiations is not a point of no return and member states have over a thousand possible veto opportunities before a country can actually accede to the Union.

Yet, the small coalition of the unwilling to start the talks in October 2019 – under French leadership – saw an opportunity to pressurize their EU partners to make adjustments in the enlargement process. They saw it as plagued by bureaucracy while failing to provide political impetus for the badly needed reforms, a view very much in line with criticism of think tanks and experts from the Balkan region, too. This spring presented itself as a sort of a new deadline for the EU to do the right thing and support the further progress of these two countries.

This was particularly important for North Macedonia in view of the political crisis created there, after the October 2019 non-decision. Indeed, following the failure of the October 2019 European Council to grant them the green light to start accession talks, Prime Minister Zaev announced there would be a snap parliamentary election and created a transitional, technical government. Arguably, the incumbent government’s pro-European electoral agenda is highly dependent on the EU’s decision to start the negotiations. Postponing the decision again could have undermined their electoral success and contributed to the return to power of the previously ousted political party (VMRO), with an uncertain future for the implementation of the Prespa agreement with Greece.

Fighting the influence of non-EU actors in the western Balkans

Looking at the rest of the region, recent developments in Serbia provide another simple explanation for the EU’s decision last week. The most recent actions and statements of the political leadership in Serbia, most notably its president, are a true token of what the European Commission (as well as numerous experts in the Balkans) warned about in early 2018: the increasing influence of non-EU actors in several countries of the region. In the most widely followed address to the nation, in which he announced the start of the state of emergency in response to the Covid-19 pandemic, the Serbian president spoke about the end of European solidarity, clearly announcing that Serbia could not count on the help of its neighbor, the EU, while it could only rely on its brotherhood with remote China.

To be truthful, this statement did come as a reaction to the EU’s preceding announcement of putting a stop to exports of medical equipment to all countries not participating in its Single Market. The initial decision failed to account for the Balkan "inner courtyard", already deeply integrated into its market, although not fully participating. The EU has since made tremendous efforts to display and prove its solidarity with the region, particularly Serbia, but its initial clumsy actions had already been abused by local populist politicians.

The EU has since made tremendous efforts to display and prove its solidarity with the region, particularly Serbia, but its initial clumsy actions had already been abused by local populist politicians.

One can argue that EU member states realized that for the geo-political aspirations to become more than a simple declaration, concrete action was needed to support the European path of the two countries which were at that moment perhaps at a turning point on their way to the EU.

The EU may be slow to act in times of crises, and its sheer size and complexity do often lead to delays in making decisions. But over the past week, there has been increasing recognition of the need to look for joint solutions and responses as well as to promote European solidarity. What the EU must not forget in the future is that its Balkan brethren make part of its polity and that this region is the first and ideal place for the Union to display its geopolitical capacity. To include in its crises-related actions and policy considerations these six countries - Albania, Bosnia and Herzegovina, Kosovo, Montenegro, the Republic of North Macedonia and Serbia - which in total have a population smaller than Romania, should not represent a major challenge and could serve as a perfect exercise for its newly announced grand aspirations.

See also
Regions > Europe | Topics > International affairs
When Europe Makes a Difference. Lessons From the Migration Crisis.
Analyses | 27 March 2020 | Nicolas Bauquet
In the midst of the information black hole created by the COVID-19 crisis, who remembers that, less than a month ago, a whole other crisis was threatening to break up the European Union? On February 28th, one  day after the Russian attack on Idlib that claimed the lives of 36 Turkish soldiers,...
Next
Regions > Europe | Topics > International affairs
A Crown for the King? How Did Viktor Orbán Turn COVID-19 Into a Political Weapon
Analyses | 31 March 2020 | Stefano Bottoni
During the afternoon of 30 March, 2020 the Hungarian Parliament passed the Coronavirus Act, also called the Enabling Act. This act grants Viktor Orbán’s government unprecedented emergency powers, as it allows the executive to rule by decree for an indefinite period of time. The Hungarian...
Next
SIGN UP FOR OUR NEWSLETTER
for a handpicked selection of analyses each week Yes please
Series |
Next
Publication -
Next
...
Next
Séminaire réservé exclusivement
à nos entreprises adhérentes
Restricted to
member companies
Next