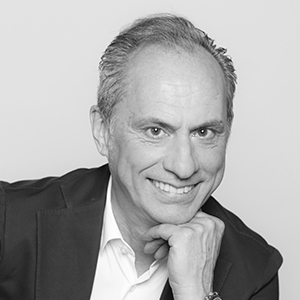 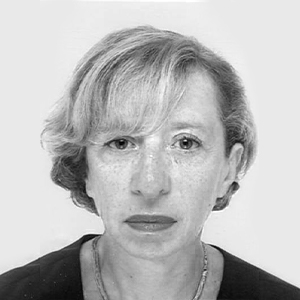 The Digital Markets Act’s (DMA) objective is to limit so-called gatekeepers’ control over the markets in which they do business. What are the competition authorities’ current means to control digital markets, and why do they need to evolve? How does the DMA consider the relationship between competition authorities on the European and national levels? In this second article of our series on the Digital Markets Act, we ask Emmanuel Combe, Vice President of the French National Competition Authority, and Anne Perrot, Economist, to answer our questions.

In your view, do European regulators currently have the means to control digital gatekeepers?

Emmanuel Combe: Firstly, the ability of competition authorities to respond quickly when regulating the dominance of digital gatekeepers raises questions. Everything evolves rapidly, and the damage caused to the market can become irreversible, especially when it relates to exclusionary abuses. For example, some decisions were issued by the European Commission six years after the beginning of an investigation. This is undoubtedly too long, although it can be explained by these decisions’ innovativeness. Nevertheless, in some cases, competition authorities also have the means to act quickly. For instance, they detain the power to impose emergency measures where there is a reasonable market harm presumption. This happened with relative success in France with the neighboring rights’ case. This ability to act quickly will be further strengthened with the right to take immediate action when protective measures are needed.

Secondly, competition authorities’ expertise on digital matters is problematic. For example, an abuse taking the form of a "self-preferencing" practice requires an in-depth analysis of the algorithms at play, which implies having dedicated technical teams. It is clear, as highlighted in several recent reports, that competition authorities need to acquire such expertise. This is what we started to do at the French Competition Authority.

Anne Perrot: The European Commission Directorate-General for Competition (DG Comp) and national authorities have instruments at their disposal to address both issues of concentration - through the control of proposed mergers that exceed specific turnover thresholds - and issues of anti-competitive behavior - such as abusing a dominant position. However, these tools were created at a time when technologies were not digital yet, consequently revealing several types of malfunctions (or failures) in their ability to detect, analyse, and sanction competition problems posed by platforms.

Indeed, so-called gatekeepers rely on network effects, which drive growth and can lead to monopolies in particular services. The main difficulty is that their large size allows them to increase their services’ quality. The path between, on the one hand, having a better control of their market power and, on the other, preserving their efficiency, is therefore narrow. As a result, the current tools’ limitations are plural. Some of the companies that raise concentration problems have low revenues, but would gain substantial network effects by acquiring a company, therefore strengthening their dominant position. Although those types of concentrations are not subject to control based on revenue thresholds, they can still deteriorate the market’s competitiveness. At the same time, analyzing the possible abuses of gatekeepers’ market dominance is complex, because it requires understanding the algorithms and data collection methods on which they rely. These analytic procedures are inherently time-consuming, which is sometimes incompatible with maintaining a competitive situation in the market. As a result, the idea that competition authorities need to adapt their tools to these new challenges gradually emerged, leading to the draft of the Digital Markets Act regulation.

How will these tools evolve with the DMA ? In your view, are these evolutions going in the right direction ?

The difficulty is that, since "digital" is closer to a technology than a sector, "regulating digital actors" does not make much sense.

A.P.: The DMA is specifically trying to fill the gaps identified above. The difficulty is that, since "digital" is closer to a technology than a sector, "regulating digital actors" does not make much sense, unless you want to regulate the entire economy. Additionally, competition authorities are "programmed" to intervene ex post, and not to regulate ex ante. As a result, the DMA offers tools to better arm the competition authorities whilst respecting these constraints.

To begin with, the DMA defines criteria to identify the platforms that should be surveilled, essentially those that have a "gatekeeper" status. It reinforces the authorities' ability to control these platforms, for example by asking that all concentrations and algorithm changes be reported. For these platforms under surveillance, some obligations and prohibitions will be imposed ex ante. This concerns data sharing, interoperability, prohibiting cases of auto-promotion that can be detrimental to competitors, banning the possibility to combine several data sources, etc. The authorities will also have the ability to issue behavioral injunctions, i.e. to impose or ban a specific behaviour to a given player. However, it seems that the possibility to issue structural injunctions has not yet been adopted.

E.C.:It is striking to see that the DMA borrows very largely from competition laws, and from the tools and investigation means available to competition authorities. What is even more striking is the proximity between the objectives the DMA seeks to achieve - aiming to ensure the contestability and fairness of digital markets - and those of competition laws - to ensure that markets continue to function competitively.

It is striking to see that the DMA borrows very largely from competition laws.

One must therefore understand the Digital Market Act as a complementary instrument to competition policy. The DMA imposes ex ante obligations and bans on gatekeepers. It creates a behavioural framework that lowers the risk to see abusive practices emerge. This way, the authorities will no longer need to delineate the relevant market, or identify a position of dominance before deciding that an actor violates obligations and banned practices. This should lead to greater efficiency. However, the DMA does not exclude the simultaneous application of competition laws, for example to combat predatory pricing practices, which are not covered by its scope. In the end, since the DMA only applies to gatekeepers, competition policy will always have to deal with possible abusive practices in the digital sector, whether they be exclusionary or exploitative.

The DMA strengthens regulatory power at the European level. What should be the role of national competition authorities in this new framework?

A.P.: Generally, the initial stage of the process - designating a platform with a "gatekeeper" status - falls into the hands of the European Commission alone, whilst the role of the national competition authorities is to monitor, when needed, the platform’s compliance with the DMA. However, the tasks are not yet clearly defined between the DG Comp and the national authorities, and demand clarifications. In this regard, there is no doubt that the European Competition Network, which is already very efficient and active, will be a central coordination instrument between national authorities and the DG Comp.

E.C.: If, as of today, the draft text does not provide a role for national competition authorities, the latter could nonetheless reinforce the system’s overall effectiveness. Since they are closer to the ground and in direct contact with national players, they could for instance focus on reporting information to the Commission concerning any problematic behaviour - under Articles 5 and 6.