Ahead of the Midterms: Energy and Climate Focus 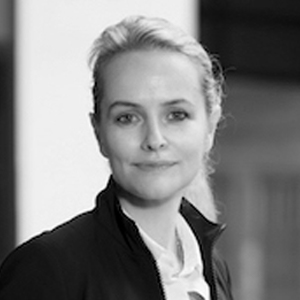 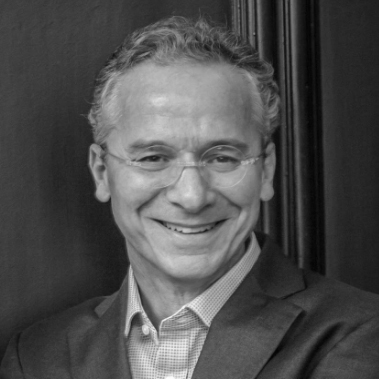 The United States held midterm elections on November 8th, 2022 in what could be a critical turning point for the remainder of Biden's presidency. This event calls for a Franco-American dialogue to help us understand the issues affecting both sides of the Atlantic. Against the backdrop of a global energy crisis, how have President Biden and President Macron's administrations responded to increasing climate risks? This conversation with Cécile Maisonneuve, Senior Fellow at Institut Montaigne, and Scott Barrett, Lenfest-Earth Institute Professor of Natural Resource Economics at Columbia, SIPA, seek to answer these questions. It feeds off of exchanges from Institut Montaigne and Columbia’s first two webinars, as part of our new partnership with Columbia Global Centers (Paris) and Columbia’s Alliance Program.

What measures have been taken on both sides of the Atlantic to deal with the climate crisis?

Let’s start with the US Inflation Reduction Act. It's important to note that the word "climate" doesn’t appear in the title of the bill, which is actually about a lot of things: keeping drug prices low, corporate taxation, and a variety of others. Climate is just one element, and even the component about climate includes other things as well. Nonetheless, this is a major bill, and the money dedicated to issues related to climate - $369 billion - is all very positive. Previously the focus has been on penalizing emissions, whereas the focus of this act is the opposite: it's about subsidizing different areas like renewable energy. There are important lessons here for those of us interested in policy about why the first approach failed and why this one succeeded. But when I say succeeded, I think it remains to be seen just how much it will truly succeed. The bill has been passed, but will it really make a big difference?

There are some studies that have been done on the potential impact of the bill on US emissions. One of these is by a pretty well-known group of consulting researchers called the Rhodium group, in which they estimate that US emissions from 2005 to 2030 will fall 31 to 44 percent with the bill. This sounds great, but even without the bill they predict that US emissions would be 24 to 35 percent lower in 2030, so it's really only a 7 to 9 percent increment. There’s another more optimistic study from Princeton that found the potential for a 42 percent reduction in emissions below the 2005 level by 2030. We have no idea what the actual impact will be because there's nothing in this bill that controls emissions directly. A lot depends on estimating how quickly and what impact these tax credits and subsidies will have on behavior, and the incentives for people to pick up on any of these investments is going to depend not just on the tax credits but also on what is happening in energy markets.

If you actually look at some of the details of the bill, there are goals beyond the promotion of energy technologies for the purpose of addressing climate change. For example, the bill introduces tax credits (up to $7,500) for the purchase of an electric vehicle. The tax credits vary with income, so you can only take advantage if you earn a sufficiently low income. In this way the bill is trying to address different issues, from equity to the promotion of electric vehicles. Another interesting aspect is that the size of the subsidy depends on where the components are being sourced from, and in particular whether the batteries and the minerals being used to produce those batteries are processed in the US. In fact, the tax credits disappear entirely if any of the components used in electric vehicle batteries are from foreign entities of concern, which includes China and Russia, so there’s an element here that's protectionist.

How are these issues being addressed in France, and what are the main differences and similarities you identify in these topics?

It doesn't really make sense to directly compare the US and France when it comes to climate and emissions reduction. The US ranks second globally in total emissions, trailing only China. France is ranked 19th. The more appropriate comparison would be the US and the EU.

In Europe more than 70 percent of our energy comes from outside of the EU, while the US is 70 percent independent when it comes to energy supply. So, this is a major structural difference.

The second major difference is that in Europe more than 70 percent of our energy comes from outside of the EU, while the US is 70 percent independent when it comes to energy supply. So, this is a major structural difference. And on top of this, Europe is also facing a security crisis ignited by the invasion of Ukraine by Russia, which began as far back as 2021. The global energy crisis is not only a gas crisis, it’s also an electricity crisis. In Europe we are facing, for the next three or four years, a deep supply crisis because there is not enough gas and not enough electricity, and this situation is the result of about twenty years of under-investment in the EU in general.

Being so dependent on Russian gas in recent years, especially for some countries, played a role in anesthetizing our energy system.

If we take the specific example of France, and of the situation beyond this, I would say in general that within the European crisis there is a Franco-French crisis, with our electricity system crisis triggered by the insufficient availability of our nuclear power plants, this being the result of a very short-term energy policy and ideological policy in recent decades, not mentionning under-investment in both nuclear and renewables. This is a crisis that will also last for the next three or four years.

The triptych of climate, energy, and security represents the levers of a key debate moving forward within the EU. What does security or sovereignty mean today - does it mean you strengthen your relations with others or you protect yourself more?

What is the place of nuclear power in American energy today?

The US situation is somewhat different. The US has really been pulling away from nuclear energy for a very long time, more so than France. One thing this Inflation Reduction Act does is to keep plants operating that otherwise would have been retired. But this is what we keep doing - we're actually doing this in other parts of the world as well. It's very hard to build a new nuclear power plant, but keeping an old one going, we're somehow able to do. And actually, if you're concerned with issues like safety, the technology has improved, and it is a strange situation where we keep extending the life of old nuclear power plants and not investing in a new future for nuclear power.

If you ask people if they want to reduce emissions most say yes, but when you start addressing how, then you start to get a lot of disagreements because people don't connect the idea that if you're going to reduce emissions you actually have to do things, and you really see that with nuclear power. It's going to have to be something that the entire world grapples with, as nuclear power has a lot of advantages for addressing climate change.

The US has really been pulling away from nuclear energy for a very long time, more so than France.

We're not there yet but it's something that is going to have to be addressed worldwide, and that's going to connect with all these other issues we're talking about, including concerns about proliferation. Right now, in Europe we're worried about the possible use of nuclear weapons and if so, the impact that would have on the spread of nuclear weapons worldwide. All of these different parts are interconnected and the main lesson of all of this is that we can no longer look at climate change in isolation from all of these other questions.

How are France and Europe navigating the nuclear question?

In Europe we do see a move towards nuclear power, either from countries which were hesitating - like Sweden, who clearly took a very new stance towards developing nuclear energy once more. This will also be a highly relevant topic especially in the eastern European countries, where you can no longer sell the idea that the energy transition will go through gas.

To the point on safety: we do have this life extension program, which systematically includes an upgrade in safety with the latest lessons taken from Fukushima or other places. What we don't do, and this is what is actually done in the US or in Canada, is to make life extension include not only safety upgrades but also power upgrades; it wouldn't have cost a lot more and would have added the equivalent of one or two reactors without building anything. This is one of many missed opportunities in France in recent years. Steps taken by the US and other countries to transition from coal to nuclear are very interesting: taking some brown field coal fire plants and studying the possibility of turning them into SMR power plants. This is interesting and in some parts of Europe it will be a very attractive model, especially in coal regions, meeting both security and long-term energy supply concerns.

How will the midterm election results impact climate policy in the US?

It is still unclear what the exact consequences of the election results will be, but there is not much of a risk of a reversal of the Inflation Reduction Act. We are looking at what can be done more from a bottom-up kind of perspective, and there's a lot to cheer about. At the same time, there is a lot more that needs to be done to understand the impact of approaching something like climate from the point of view of carrots mainly as opposed to sticks.

Politically we've learned something from the Inflation Reduction Act. The problem of course is that you also pay a price because to please all those interests it's not a pure climate bill anymore. It’s a compromise and that makes it more difficult to know the impact it's going to have. This situation is somewhat unique in the US but it will play out in other countries too.

See also
Regions > America | Topics > Energy | Regions > Europe
European Energy Sovereignty: Putting an End to the Stigma of Nuclear Power
Analyses | 17 March 2022 | Cécile Maisonneuve | Benjamin Fremaux
Should we phase out nuclear power or reduce carbon intensity? For the last ten years, Europe has been torn between these two options, the first being embodied by Germany and the second by France. When the European Commission presented the REPowerEU plan on March 8, 2022 with the aim of reducing the...
Next
SIGN UP FOR OUR NEWSLETTER
for a handpicked selection of analyses each week Yes please
Series |
Next
Publication -
Next
...
Next
Séminaire réservé exclusivement
à nos entreprises adhérentes
Restricted to
member companies
Next