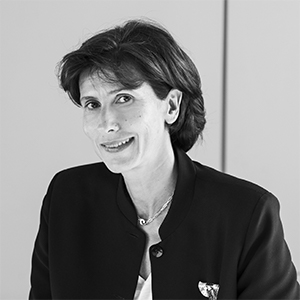 After obtaining a degree in corporate law and taxation. Emmanuelle Barbara joined in 1989 the judicial and fiscal department of Ernst & Young as a tax lawyer until 1993, when she became lawyer at the SCP Salès Vincent Georges. Specialized in social law, she was first appointed partner and later managing partner at August & Debouzy in 2000.

She has been lecturing at the university Paris I-Panthéon Sorbonne since 1996. She is also a member of the Leadership Circle (since 2010) and of the Circle of legal experts (since 2011). She is an administrator of the Central Agency of social security organisms (ACOSS), since 2007. She wrote multiple books such as Guide to Labor Law  in 2009, and 7 Keys to Leadership in 2011.