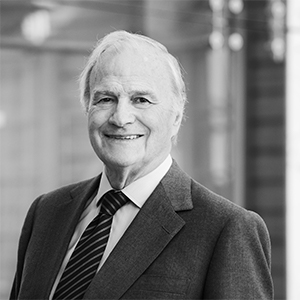 Former student of the Ecole Polytechnique, Claude Bébéar spent his entire career in the insurance industry in the Mutuelles Unies that progressively became AXA, leader in the sector, which he chaired until 2000.

Currently Honorary Chairman of the AXA Group, Claude Bébéar created and chaired from 1986  to 2012 IMS-Entreprendre pour la Cité, an institute supporting over 200 companies in the elaboration and implementation of their social commitment.

He created Institut Montaigne in 2001, an independent think tank, whose mission is to elaborate practical proposals in the domain of public policy, social cohesion, competitiveness, and public finances. Consequently, he prefaced and coordinated multiple books such as The courage to reform, in May 2002, How Does France Win? in September 2006, Reforming During Crises in May 2012, What Can Firms Do for Public Good? in February 2012 and published with Philippe Manière They Will Destroy Capitalism in February 2003.