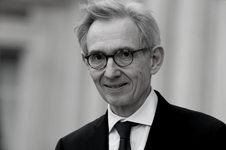 Michel Duclos was French Ambassador to Switzerland from 2012 to 2014 and to Syria from 2006 to 2009. He worked as Deputy Permanent Representative of France to the United Nations from 2002 to 2006 and was Ambassador to the Political and Security Committee in Brussels from 2000 to 2002. He also worked as Deputy Director to the Centre of Analysis and Previsions of the Ministry of Foreign Affairs from 1984 to 1987. He graduated from ENA.

The horrendous conflict that has been going on in Syria since 2011 has caused the death of hundreds of thousands of people and the displacement of millions. The civil war quickly turned into a regional conflict in which the main Middle-Eastern powers have been intervening at different levels. The Syrian war can also be understoodthrough an East-West divide, especially since Russia’s military intervervention in 2015. The advent of a considerable jihadist threat – mainly represented by the alNusra Front (Syrian branch of al-Qaeda) and the Islamic State of Iraq and Syria (ISIS) – considerably modified the country’s political balance, lowering the chances of Bashar al-Assad leaving. Advocating an efficient strategy for France, Europe and the West as a whole requires a precise diagnosis of the conflict’s causes, its evolution in recent years as well as recent political changes. After conducting such an analysis, the present paper aims to propose a strategy for the conflict’s resolution, and for leading Syria towards a stable political recovery.

Three keys to understanding the conflict

1. Bashar al-Assad’s regime has largely succeeded in imposing its own reading of the situation, i.e. a binary alternative between his regime and the threat of an Islamist and jihadist movement supported by foreign countries. The opposition’s biggest defeat is to have failed this “war of narratives”. Nevertheless, this understanding appears to be losing its credibility as the regime’s own survival increasingly depends on Syrian or foreign militias – and that the regime directly benefits from the nationalist rebellion’s fragmentation.

2. The conflict’s confessional orientation results from the impact of external interventions rather than from Syria’s “Ottoman” demography (72% of Sunni Arabs, 10% Alawites, and the remainder being constituted of other communities): since the beginning of 2013, the involvement of Hezbollah and Iran has led to a surge in financing coming from the Gulf towards Islamic rebel groups. ISIS and al-Nusra both emerged during that same period. Western – particularly American – reluctance to use force in the region aggravated the phenomenon: it strengthened the regime’s strategy to destroy the opposition and contributed, due to a lack of strong leadership, to the rebellion’s fragmentation and radicalisation. The Russian intervention fully met with the regime’s strategy by neglecting the anti-ISIS dimension.

3. On the diplomatic front, the regime’s uncompromising strategy was encouraged by Russia’s constant support, while the Western position in favour of the opposition eroded over the years.

• The regime’s unspeakable brutality, its tactic of injecting Islamist terrorism into the rebels’ organisations, its use of Iranian, Russian and Hezbollah’s support are proof of a “blocked programme”, in which Assad and his clan have been replicating regular methods that the regime has been using for decades.

Bashar al-Assad revealed his true colours, and they have nothing to do with the  image of a modern reformist. He also confirmed his subordination to Tehran before of the Syrian people, unlike his father who had established an alliance “between equals”.

•  In these circumstances, true stabilisation cannot occur without Assad and his main associates being evicted. The regime probably considers today that it needs the conflict to continue in order to remain in place, but the same reasons that make this eviction necessary also make it an extremely complicated operation.

•  The regime’s security-mafia matrix render the question of “Assad’s fate” both central and very difficult to answer. Unless caused by external pressures, Assad’s departure can only take place within a negotiated transition, which does not seem compatible with the regime’s characteristics.

• The fall of Aleppo, the nationalist rebels’ distinct weakening, and Turkey’s change of strategy (prioritising a “containment” of the Kurds, rather than engaging a political transition in Damascus) allowed Russia to put forward proposals for a ceasefire under Russo-Turkish-Iranian sponsorship. This political transition perspective would have preserved the regime de facto.Back then, a “Russian peace” seemed to be the most likely outcome to the conflict.

However, the Russian project met resistance from the regime, eager to regain control of the whole territory, and from Iran, for whom Assad represents a decisive card. Donald Trump’s campaign and his first declarations as President first seemed to support Assad, but the strikes of 6 April 2017 call into question these hypotheses.

• The Trump administration chose to strengthen its efforts to get ISIS out of Raqqa, its Syrian capital, before striking the regime’s armed forces on 6 April 2017. By reaffirming their military engagement in the Syrian crisis, the United States reopened a dialogue with Russia and potentially the possibility for both countries to steer the management of the crisis together.

Iran’s considerable implication in Syria remains a major obstacle to a “Russian peace” or to a “Russian-American solution”. Americans and regional allies cannot reach a compromise as long as the Shiite militias led by Tehran do not leave. However, Russia and the Assad regime both need the Shiite militias’ actions to be perpetuated.

• In respect to the fight against ISIS, Raqqa’s liberation does not make sense if the city and the rest of the Euphrates valley is governed by the regime. In such a scenario, American intervention would equate to acting on behalf of Iranian interests.

• Given these conditions, the risk for Syria to remain parted and for the war to carry on is very high and is aggravated by:
- The regime’s security drift.
- Islamist terrorism’s resilience and the concentration of the al-Nusra Front in the Idlib province.
- Current demographic changes in certain regions profiting Shiites.

• Despite the conflict being less violent today, the persistence of instability would aggravate the migration crisis and ensure the maintenance of a fertile ground for terrorism.

•  A window of opportunity to exit this crisis exists for the 4 following reasons, which need to be cautiously qualified:
- Russia’s potential to reach a political agreement.
- The American renewed commitment, if it is proved to be sustainable.
- The evolution of the regional equation and the possibility for Arab states, despite the current crisis around Qatar, to be more willing to follow Washington’s strategy.
- The possible end of ISIS, which would allow stakeholders to focus on the political  settlement of the Syrian crisis.

•  Lessons from the six past years should encourage Western countries to make use of force (as opposed to Barack Obama’s policy) by integrating it into a political strategy.

•  If the actions led by the anti-ISIS coalition lead to the end of the regime and to a renewed approach to the transition process, Russia will be in the best position to convince the regime to negotiate.

We propose six courses of action to find a solution to this conflict:

1
Leading the offensive against Raqqa and the takeover of the entire Euphrates valley. In detail
2
Creating a stabilising force coming from the Sunni Arab rebellion. In detail
3
Insisting during the negotiations on the absolute necessity of a ceasefire. In detail
4
Rendering the anti-ISIS coalition’s capacity to protect civilian population credible. In detail
5
Intensifying the strategic dialogue with Russia. In detail
6
Rethinking the transition mechanism by orientating it towards a staged process, and by associating the Syrian civilian population and involving regional stakeholders. In detail

Europe’s role in this strategy should be to:

• Increase aid to refugees.
• Support the reconstruction of zones freed from ISIS.
• Encourage the evolution of Iran’s regional policy in order to find solutions that would prevent potential future confrontations between Shiites and Sunnis (Iran/Saudi Arabia).

Since the beginning of the conflict, France has had the right diagnosis and was right to demand for Bashar al-Assad to leave. However, the country was unable to find sufficient leverage to impose itself as a leading player in the negotiations. The current context is an opportunity for France to play a more important role, provided that it increases its intelligence, contacts with key-players and resources.

On these conditions, France could propose to:

•  Work diplomatically with the Americans to establish an ambitious but realistic strategy.
•  Intensify the critical bilateral dialogue with Moscow.
•  Contribute to unifying both viewpoints and action between Europeans (in particular between the French and the German).
•  Make the most of its ability to mediate between regional actors.

The role of France is to pioneer European initiatives, in particular towards Turkey and Iran. It should also advocate a “vision” for the political settlement of the conflict and a sustainable peace in Syria.