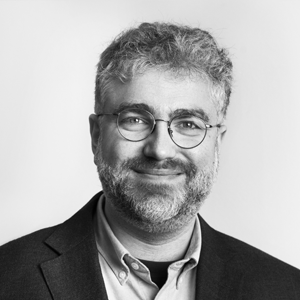 Europe has to hedge its bets when designing its pathway to reaching carbon neutrality. The role of gas is one of the key questions surrounding the energy transition strategy, and the experience of Japan and China could provide valuable lessons. This is the second half of a two-part paper, written by our Asia Program’s new Research Fellow Joseph Dellatte, that tries to derive lessons from Japan and China in mitigating geopolitical risks while decarbonizing. The first part of this analysis focused on Japan’s energy sector and how the country plans to turn its back on gas for electricity generation. Different from the case of Japan, the following analysis focuses on primary energy demand in China, which provides a useful framework to understand China’s strategy in offsetting geopolitical risks, while progressing toward carbon neutrality. It reveals a hesitant Chinese attitude toward the role of gas in the general energy transition and shows how China prepares for every possible scenario using a full-diversification policy.

Commenting on China’s climate commitment, Wang Yi & Wang Zhongying, two Chinese senior governmental advisors for COP26, said that China will not only reach its "dual carbon" goals - to peak GHG emissions before 2030 and reach carbon neutrality by 2060 - but "(…) we will certainly not be like the Western countries…I believe we will do better." The two Wangs are not wrong: China’s path will be different. For example, the Green Bond Endorsed Projects Catalogue - the Chinese version of the EU Green Taxonomy - excludes all fossil fuel electricity projects - which include gas - from green bond issuance. This contrasts with the EU debate, which allows gas projects to be labeled as green.

However, removing fossil fuels from taxonomy does not entail a fossil-fuel-free energy transition. China's coal supply crisis last autumn has stirred intense political debates around its energy transition strategy. As a result, Chinese policymakers have seriously readjusted from previous engagements, for instance by delaying the closure of coal-fired power plants and decreasing the scheduled-peak coal demand. Hence, potentially endangering the Chinese climate strategy toward decarbonization upon the altar of the "Energy security first".

Under these circumstances, the role given to gas in the Chinese energy transition is revealing. Since the last decade, gas has received strong policy support and heavy investments in exploration, transformation, storage, and transportation. It has turned China - which has significant domestic gas production - into the largest LNG importer, now ahead of Japan. Against this historical background, the Chinese 14th Five-Year Plan identifies decarbonization strategies, sketching China’s Long-Term Low GHG Development pathways to reaching the Paris Agreement target. Nevertheless, the future role of gas in the energy transition strategy varies significantly between current implemented policies and the various energy transition scenarios published by Chinese and international research institutes, not to mention recent industry-generated scenarios. It reveals a country still unsure of the right road to take on gas.

The IEA Chinese Energy Transition scenario (Figure 2) forecasts China’s primary energy demand to rise by 18% to 2030 and fall by 26% by 2060, despite economic activity more than doubling. The role given to gas stays comparatively modest in volume - on a Chinese scale. However, gas is settling into the long run. It represents around 8% of today’s primary energy demand. At its GHG emissions peak in 2030, this share should stay almost stable at 8.6%, while absolute Chinese gas demand will grow by 25%. Chinese gas consumption is forecasted to peak in 2035. Nevertheless, if consumption falls by half in 2060 - China’s planned neutrality target - gas will still weigh around 5.5% of the energy demand in carbon-neutral China in this scenario.

Renewables will be at the heart of China's energy demand, passing from 12% to 59% by 2060, revealing a largely decarbonized power sector. In this regard, China has recently achieved massive success: it installed more offshore wind capacity last year than the rest of the world combined. However, renewables will only overtake other technologies after 2030. Moreover, nuclear energy capacity also receives substantial investments. As a result, nuclear power will sustain China's flexibility demand, mainly in the second half of the century, with up to 14.7% of the Chinese total energy demand by 2060.

In any case, fossil fuels will still play an important role in 2060 China, with 26% of the energy demand from the non-electricity sector still coming from carbonized resources in the IEA's forecast. These numbers emphasize the critical role of Carbon Capture and Storage (CCS) technologies, Offset/compensation, and other carbon sinks in the Chinese policies to meet the net-zero objective. Without these technologies, China’s carbon neutrality target will remain unreachable.

In the various transition scenarios, the role given to gas does not appear central. However, Chinese authorities and stakeholders perceive gas as the most accessible safety net in the short-run. This feeling was reinforced by the recent coal crisis, which has shed light on the imperative of energy stability. There is therefore little doubt that a switch from coal-fired to gas-fired facilities will also be determinant in meeting China’s 2030 peak. In this regard, Chinese energy major PetroChina considers the abovementioned numbers as unrealistic. Instead, they estimate gas demand in 2060 to be more than twice as high, at around 11.6% of the Chinese energy demand.

All that gas has to come from somewhere…

Despite having significant domestic gas resources and investing in exploration, China still heavily relies on gas imports. The country already imports 45% of its gas consumption - around 147 Bn cm of gas - and this figure is growing each year. In 2021, LNG import increased by 18%, and Australia (39.3%) and the US (11.6%) were the biggest Chinese LNG suppliers. Meanwhile, pipeline gas imports rose by more than 22%. Within these numbers, Russian gas currently accounts for only 6.26% of the total gas imported to China in 2021, but still represents a year-on-year 154.2% growth.

The China-Russia 30-year gas deal, announced by Xi Jinping and Vladimir Putin on February 4, will turn Russia into the main Chinese gas supplier. This announcement should be understood in the context of an uncertain Chinese energy transition strategy and the awakened sense of energy security urgency. The colossal changes needed to reach the "dual carbon" goals force Chinese authorities to hedge their bets. The Power of Siberia 1 pipeline already connects China to Russia’s Yakutia Gas fields and has delivered 16.5 Bb cm of Gas in 2021. The new deal should boost Russian Far East gas deliveries by up to 10 Bn cm per year and 48 Bn cm per year once at full capacity.

The current Power of Siberia 1 network is not connected to the pipelines sending Russian gas to Europe. However, depending on the energy transition scenario, the potential Chinese growing gas demand could require an extra 325 Bn cm more of gas on an annual basis at its peak. China and Russia are currently discussing four more pipeline projects.

These discussions concern mostly Far East gas projects. However, in the longer term, it would also involve connecting China to the very productive Yamal region through the Power of Siberia 2 project. Currently, this region provides 32.9 Bn cm of gas to Europe - a sixth of Russian gas exports to Europe - that could be partially diverted to fulfil 10% of the possible extra Chinese needs. In this scenario, China would be in a direct competition race with Europe for this Siberian gas. Furthermore, because of its significant economic weight, China would gain an almost monopsony advantage on Russian gas.

In the longer term, it would also involve connecting China to the very productive Yamal region through the Power of Siberia 2 project.

Despite China’s eagerness for more Russian gas, the Russians are hesitant in offering China such a geopolitical advantage and its resulting economic benefits. Thus, Malaysia (LNG) and Kazakhstan (pipeline) are actually the fastest-growing Chinese gas suppliers, instead of Russia. On the other hand, taking into consideration the geopolitical reality and the rapidity of the energy transition in Europe, it is in Russia’s interest to find other markets for its gas production. China will therefore inevitably be Russia’s number one market priority, until this is upended by China’s own energy transition.

Scouting the world for flexibility

The current Russian gas supply crisis has forced Europeans and Americans to search the world for extra gas supplies for Europe, "just in case" the Russians turn off the tap. Japan has committed to selling its surplus LNG stock to Europe in case of need. Interestingly, the high market price has also enticed China to sell 45 LNG cargoes from its well-supplied stocks.

Beyond these present-day phenomena, the debated EU Green taxonomy enables gas and nuclear to receive labels for green funding. Thus, it facilitates both technologies as flexibility options in the EU Net-zero energy strategy. The Japanese and Chinese examples show that this energy flexibility tactic is not unique. However, dependence on gas imports infers geopolitical and economic risks, and for this reason, Japan is diversifying into nuclear. On the other hand, China is investing in nuclear energy for the long term but is securing enough gas supply for the near future. In any case, the country can count on its planned heavy reliance on carbon capture technologies to assert carbon neutrality in 2060. But, even for China, this implies a calculated risk.

For the European transition strategy, the role of gas in other regions' energy transitions means that its growing demand will inevitably weigh on future supplies. Moreover, it implies that gas prices might not be as cheap as they used to be when, for instance, Germany wagered on gas as its option for energy flexibility. Additionally, if the European relationship with Russia breaks down in the future, this might force Europe to scout the world for energy flexibility on a regular basis.

Once again, this underlines the urgent need for Europeans to turn on the tap of investments in renewables while redesigning their energy flexibility. This implies, for instance, expanding strategic gas storage, or using alternative technologies when possible, as the Japanese do with nuclear energy and hydrogen.

See also
Energy / Sustainable development
China's Green Gambit: Environmental Policy as a Bargaining Chip
ARTICLES | 2 November 2021 | Karl Hallding
The 2015 Paris Agreement sealed an unparalleled success in reaching global consensus, not only for climate action, but also for the broader sustainability goals laid out in the 2030 Agenda. As climate negotiators, world leaders, media and advocacy groups reunite at the COP26 in Glasgow, however,...
Next
Energy / Sustainable development
China’s Painful, but Necessary Energy Transition
ARTICLES | 22 October 2021 | François Godement
Since COP21 in Paris, and after Xi Jinping’s 30/60 pledge of September 2020, promising to cap CO2 emissions by 2030 and to achieve carbon neutrality by 2060, the results have been almost ironic. Despite undeniable progress in renewable energies, a nuclear revival, and improvements in energy...
Next
SIGN UP FOR OUR NEWSLETTER
for a handpicked selection of analyses each week Yes please
Dossier |
Next
Publication -
Next
...
Next
Séminaire réservé exclusivement
à nos entreprises adhérentes
Restricted to
member companies
Next