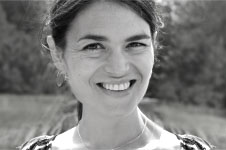 Marie-Anne Valfort is an Associate Professor at the University Paris 1 Panthéon Sorbonne and an Associate Member at the Paris School of Economics. A graduate of HEC Paris, she holds a doctorate from the École Polytechnique, and specializes in labor market discrimination. She has dedicated numerous research papers to antiMuslim discrimination, the results of which are summarized in a book published by Harvard University Press in January 2016, Why Muslim Integration Fails in Christian-Heritage Societies (with Claire L. Adida of the University of San Diego and David D. Laitin of Stanford University).

Do Muslims and Jews suffer discrimination on account of their religion? If so, why? It is indispensable to answer these questions if we are to search for solutions and maintain the cohesion of our society. For discrimination undermines the project of living together.

A CV-based trial of unprecedented breadth

To determine whether persons belonging to minority religions are discriminated against, Institut Montaigne and Marie-Anne Valfort have joined forces to carry out a CV-based trial of unprecedented breadth. It consisted of submitting applications to 6,231 job offers posted in the bookkeeping sector between September 2013 and September 2014 throughout the whole of mainland France. The experimental protocol compares the rates at which male and female applicants of Lebanese origin, whose applications are identical in every respect except their religion, are called back and invited to a hiring interview. Their religion is signaled by three items of information: their given names, the confessional identity of the junior high school they attended or their mother tongue, and their outside interests.

The probability for Catholics to be called back by recruiters to a hiring interview is 30% higher than that for Jews; it is twice as high as the callback rate for Muslims. Muslim men encounter the most discrimination: they have to send out four times as many CVs as their Catholic counterparts to get that phone to ring for them.

What are the drivers of this discrimination?

In order to offset certain negative stereotypes clinging to minority applicants (especially Muslims), the experimental protocol includes secular applicants along with practicing ones. It also presents recruiters with “outstanding” applications that signal the exceptional quality of the applicant in every area of their CVs, along with “ordinary” applications.

It is enough for ordinary Muslim men to appear secular for them to escape discrimination. So it would seem that by default recruiters associate them with transgressive religious practices and are therefore reluctant to hire them. As well, displaying an outstanding profile neutralizes the discrimination met by practicing Jewish and Muslim women. Conversely, discrimination against their outstanding male counterparts is exacerbated by that very signal. Muslim men especially gain nothing by signaling their excellence, such that they never encounter more discrimination than when they appear outstanding.

To struggle against discrimination on account of religion, or any other account, it is imperative to put existing realities into words and quantified data, rendering them objective and visible to everyone. The use of census tools has been crucial to all progress made in reducing discrimination where the driving factors were gender, age, or handicap, in both education and employment. Ethnic and national origins are obviously critical drivers of discrimination, yet they are probably the ones we know least about; and in the absence of carefully measured data, policies that favor ethnic minorities will make little headway in France. This is why the Institut Montaigne has been suggesting for some time now that firms and public bodies should be prompted to collect and process information relating to the ethnic origin of their employees, within the framework of the current legislation. The dramatic levels of discrimination observed in the labor market are just one facet of the discriminatory behavior present in society as a whole. Indeed, steps must be taken to adapt the education system, as early as primary school to higher levels of the education system, as well as the political arena and civil service.