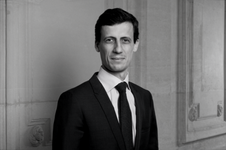 Benjamin Fremaux is specialised in Merger and Acquisition-advice within the industry, the energy as well as the infrastructure sectors.

We must put an end to perceived ideas on energy: our policy in this sector and our actions for climate should be based on objective assessments. However, over the past ten years, our efforts have focused on the electricity mix, and notably on renewable and nuclear energies. Insufficient attention has been drawn to the principal sources of greenhouse gas (GHG) emissions which are transport and heating, sectors that massively depend on the importation of fossil fuels.

Energy policy and climate action must rely on objective statements

Energy consumption in France has been decreasing since the years 2000

A slow economic growth, notably in the industry, and efforts for energy efficiency explain the general tendency to reduce energy consumption.

The French energy balance (for petrol and gas) remains negative and still amounts to around 40 billion euros per year, despite the drop in gross prices. Electricity exportations (2 billion euros in 2015) only compensate this imbalance slightly.

Whether in the aim of achieving energy independence, restoring our trade balance equilibrium, or reducing GHG emissions, France must concentrate its efforts on reducing its fossil fuels consumption (and thus the importation thereof).

Heating, an important GHG emitter, should become a priority again

The French heating system has the particularity of being essentially based on electricity, which implies particular constraints on to the whole system (high seasonality, difficulty managing the “winter peak”…).

The renovation of the residential and tertiary sectors harbours significant potential energy savings.

The convergence of fuel fiscalities is necessary in order to stop favorising diesel, which issues the most fine particles.

Furthermore, the diminution of GHG emissions will require the development of electric vehicles.

The European electricity market is in production overcapacity. The decrease of world prices, subventions to sustainable energy and counter-cycle capacity investment decisions have largely contributed to this imbalance between supply and demand.

This situation has led to a reduction of electricity wholesale prices, which weakens large energy producers.

The European Union has failed to build an efficient market that benefits for both producers and consumers. Indeed, the reduction of electricity wholesale prices has paradoxically translated itself in Europe, and notably in France, into an increase of the bill paid by the final consumer via taxes enabling a financing of networks and renewable energy.

France’s nuclear plants, built between 1980 and 1990, will reach the end of their theoretical 40-year life between 2020 and 2030. Decisions to extend, to stop or to renew should be planned in the next five years. A new nuclear energy can only be considered if there is a significant diminution of costs, and this despite the augmentation of safety norms, which should be taken into account.

Although insufficient, the Paris Agreement reached during the COP21 represents a significant move forwards

It is now essential for G20 countries to concentrate on pursuing their efforts and fulfilling their commitments.

Europe should promote a genuine “carbon transition” aiming to reduce our economies’ dependence on fossil fuels, and constitute an economic and diplomatic axis of influence on this matter.

The European Union created a carbon market that reached its limits because the carbon price was so low it was not inciting enough. The challenge is now to find a remedy for these weaknesses, in order to restore the credibility of this mechanism, notably for important industrial emitters.

For lesser important emitters, resorting to the carbon tax enables to orientate agency behaviours. We must seize the opportunity to make fiscality “greener” rather than overburdening it without being certain of it being accepted.

1
Master the development of sustainable energy and anticipate changes in consumers’ attitudes. In detail
2
Ensure the continuity of France’s nuclear power plants In detail
3
Develop heat and biogas networks for heating and encourage better insulation of existing buildings In detail
4
Develop the electrification of transports and adapt the fiscal framework of fossil fuels In detail
5
Reinforce our climate action and base it on carbon taxation In detail
Downloads
Executive Summary ( 2 pages)
Dossier |
Next
Policy Paper -
Next
Énergie | Environnement
...
Next
Séminaire réservé exclusivement
à nos entreprises adhérentes
Restricted to
member companies
Next