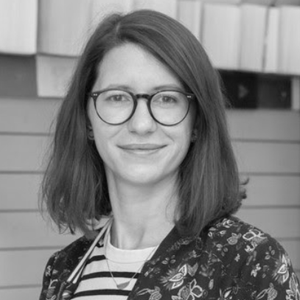 Magda Stumvoll works as a project coordinator and research fellow at the Austro-French Centre for Rapprochement in Europe. Her research topics include the Eastern Partnership (the Eastern dimension of the European Neighbourhood Policy) and internal EU challenges. Before joining the Centre in 2017, she completed a training at the Austrian Permanent Representation to the United Nations in Geneva. Since August 2019, Magda has been on the board of the Austrian Grassroots Think Tank for European and Foreign Affairs Ponto. She studied Economics, Political Science, Romance and European Studies in Vienna, Regensburg and Clermont-Ferrand.

Blog
Central European Perspectives on the Future of Europe
Three questions to Magda Stumvoll
3 February 2021 | Magda Stumvoll
The crises that have affected the European Union over the last ten years have put European ambition to the test. After the refugee crisis and Brexit, the European Union is now facing an unprecedented pandemic and the return of geopolitical tensions in its immediate neighbourhood. More than ever...
Next
Dossier |
Next
Publication -
Next
...
Next
Séminaire réservé exclusivement
à nos entreprises adhérentes
Restricted to
member companies
Next