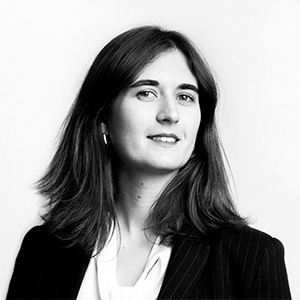 Prior to joining Institut Montaigne, Lisa was a merger and acquisition analyst in a consulting and auditing firm. She then worked as a technical advisor in the office of the French Minister of Action and Public accounts.

Lisa is a graduate of ESCP Business School and Sciences Po Paris. During her studies, she participated in the drafting of the report on the State budget at the Cour des Comptes.

Analyses
An Institut Montaigne Explainer: Understanding Legislative Elections in France
1 June 2022 | Lisa Thomas-Darbois
Though some might still be recovering from a breathless presidential election, French citizens will go back to the polls on June 12th and June 19th, 2022, to elect their representatives at the National Assembly (Assemblée nationale). This year especially, in the general sense of democratic and...
Next
Series |
Next
Publication -
Next
...
Next
Séminaire réservé exclusivement
à nos entreprises adhérentes
Restricted to
member companies
Next