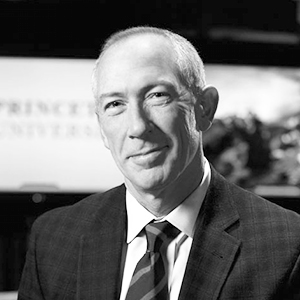 Director of the Global History Lab at Princeton University

Jeremy Adelman has lived and worked in seven countries and four continents.

After graduating from the University of Toronto, he earned a masters’ degree in economic history at the London School of Economics (1985) and completed a doctorate in modern history at Oxford University (1989). He is currently the Henry Charles Lea Professor of History and the Director of the Global History Lab at Princeton University. His recent books include Worlds Together, Worlds Apart: A History of Humankind from the Beginning to the Present (W. W. Norton, 5th edition 2016), the acclaimed global life-history Worldly Philosopher: The Odyssey of Albert O. Hirschman (Princeton University Press, 2013), and most recently Earth Hunger: Global Integration and the Need for Strangers (forthcoming, Princeton University Press).

Blog
Latin American Crucible: Navigating a World of Crises
25 October 2021 | Jeremy Adelman
Latin America is caught in the cross-currents of three simultaneous crises. The first is the immediate shock of Covid-19. The second reflects years of deteriorating social conditions. The third is the result of an impasse about the region’s economy. After decades of exporting primary products and...
Next
Two Nations, One Republic
11 January 2021 | Jeremy Adelman
While a mob of Trump supporters rampaged in Washington DC on January 6, 2021, the Chinese government used its new security law to round up 53 pro-democracy activists and officials in Hong Kong. In one city, dissenters took to the streets and stormed the Capitol; in the other, they got dragged to...
Next
The Long Night: America’s Status Quo Election
5 November 2020 | Jeremy Adelman
Americans often forget that their history is pockmarked with messy elections. So, when things are sloppy and uncertain, people get alarmed. Of late, however, the country has become more polarized. Nail-biting elections have raised fears of constitutional crisis and violence, just the kind of...
Next
Will the Next Pandemic Be a Financial One?
15 June 2020 | Jeremy Adelman | Pablo Pryluka
As the Coronavirus grinds through the world economy, a new threat is emerging: a wave of defaults in the global south. For the past decade, countries as dispersed as Argentina, Turkey, and Zambia have racked up enormous debts. Emerging markets owe $71 trillion to their creditors. Around one tenth...
Next
The Globalization We Need
26 May 2020 | Jeremy Adelman
According to the World Trade Organization, Covid-19 will depress world trade by up to one third in 2020. This makes it far more devastating than the financial panic of 2008. For many, it is vital to restore globalization; otherwise, the lure of self-sufficiency will sweep the world economy into a...
Next
From Hubris to Humility: An American Story
8 April 2020 | Jeremy Adelman
Jeremy Adelman is the Henry Charles Lea Professor of History and Director of the Global History Lab at Princeton University. Debates are raging everywhere on countries' unpreparedness to cope with Covid-19. The United States has been no exception. The late, often haphazard responses of the...
Next
Dossier |
Next
Publication -
Next
...
Next
Séminaire réservé exclusivement
à nos entreprises adhérentes
Restricted to
member companies
Next