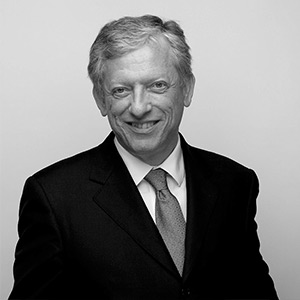 Francis Vérillaud joined Institut Montaigne in June 2018 in order to support its internationalization and its integration into the circle of world-renowned think tanks.

Francis worked at Sciences Po from 1991 to 2018, where he was Director of international affairs and exchanges from 1995 onwards and worked with Richard Descoings as Vice President from 2002 onwards. He was the main architect of Sciences Po's internationalization strategy.

Before coming to Sciences Po, Francis Vérillaud held several positions in the French Ministry of Foreign Affairs, including postings in Washington and Santiago, Chile. He taught Economics in several French lycées, at the Universidad Católica de Chile and at Sciences Po. Francis Vérillaud holds a Philosophy degree from Paris University Nanterre and a degree from Sciences Po Paris. He has been named Knight of the Ordre des Palmes académiques and of the Legion of Honor