In the Words of the 46th President of the United States 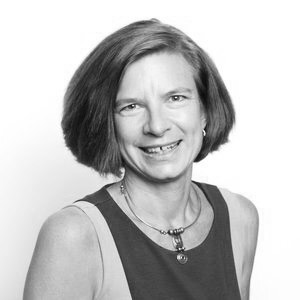 Against the backdrop of security worries and political division, Covid-19 precautions, and a stunning set of performing artists, it was easy to pass over President Biden’s inaugural address. Biden - who has been underestimated before over his long career - rolled out no new policy approaches to the challenges the United States faces. But his speech showcased a subtly radical approach to the challenges besetting the United States, seeking both to expand who is included in the country’s self-image, and to insist that much hoped-for unity must rest on adherence to the rule of law and the same set of facts.

Biden faces a country whose electoral system is distrusted by four in ten voters, and where more than half of Republican voters do not believe he was legitimately elected. His own coalition includes centrists and former Republicans who are eager to hear about reconciliation and unity, but also progressives who seek accountability - if not prison sentences - for the primary actors of the last month, and the last four years.

Biden’s campaign for the presidency, and his stance through the tense weeks between his November election and the inauguration, sought to frame him as a uniter and reconciler, a sort of grandfather-in-chief to a nation of warring cousins.

His Inaugural address reached back, explicitly, to Abraham Lincoln, America’s most-revered president. Lincoln’s words of unity and healing as the U.S. Civil War drew to a close are the ones most often invoked ("with malice toward none, with charity toward all"). But before Lincoln sought to begin the binding up of a nation, his election and inauguration were the final push to its divide. It fell to him to preside over four years of bitter and bloody Civil War, which he did, not with enthusiasm, but with grim and violent purpose.

Biden faces a country whose electoral system is distrusted by four in ten voters, and where more than half of Republican voters do not believe he was legitimately elected.

Global conflict resolution studies teach that old societal conflicts prefigure new ones. The January 6, 2020 insurrection at the U.S. Capitol building was a more violent echo of events between Lincoln’s first election and inauguration, in 1861, when U.S. troops were quartered in the Capitol, and members carried their weapons, in fear of an uprising aimed at blocking him from taking office. Biden chose, in his remarks on Inauguration Day, to quote not the reconciling Lincoln of war’s end, but the Lincoln of 1863, signing the Emancipation Proclamation to free enslaved African-Americans (though still only those in states in rebellion) at the height of the war.

The context was grim: as Lincoln spoke, the war was not going well for the Union. Young men were dying in great numbers. And it had become clear to him that he would have to go beyond his prior stance on race - aimed at not alienating conservative whites, especially slaveholders in border states - and free every enslaved person on U.S. soil.

"If my name ever goes down into history", Biden quoted Lincoln saying "it will be for this act and my whole soul is in it". Biden used the inaugural ceremony, and the address itself - outdoors under tight security on a windy grey day - to signal the terms into which he is putting his whole soul. The performances offered a loud message about race, gender and cultural diversity - performers from varied musical traditions, the pledge of allegiance in sign language, a stunning spoken-word debut from a 22-year old poet. If they posed an invitation to America the way Biden longs to see and present it, his words posed a quieter challenge - how do we get there?

Biden’s early appointments and statements, particularly on the economy and race, suggest that he sees himself in the mold of Lincoln and Franklin Roosevelt, presidents who, in response to great crises, changed not just policies but the shape of what the nation thought it could be.

Indeed, before the events of January 6, Biden’s close advisers had used primarily Rooseveltian analogies in talking to the press. Not Roosevelt the architect of America’s entry into World War II, and far-sighted godfather of the U.S.-led global order that followed, but Roosevelt of 1933, inheritor of the Great Depression and an underlying set of social ills that had badly divided U.S. society.

Biden did not use his twenty-minute speech to roll out any new policy approaches, or even to preview the many initiatives, both new items and reversals of Trump actions, that he began to take from the Oval Office only a few hours later.

Biden used the inaugural ceremony, and the address itself - outdoors under tight security on a windy grey day - to signal the terms into which he is putting his whole soul.

Instead he sought to set a common definition of where the country stood, and what shared aims might be.

It had been common, over the last six months, for commenters to remark that the United States was simultaneously living through three crises: Covid-19, economic recession, and a resurgent demand for racial justice. Biden, however, broadened the lens, using his inaugural address to identify no fewer than six:

This list amounted to less an appeal for unity than the declaration of a new center-left ideology, and an invitation to rally around it. Biden’s statement that the country faces an "attack on democracy and on truth", which polls suggest is shared by a substantial number but not a majority of Republicans, highlighted that his call for unity has standards and limits.

Biden pushed beyond the view that the United States has a continuing problem with racism among individuals, taking up the concept of systemic racism, which attributes continuing inequities in education, housing, employment, wealth, health and more to the country’s history of slavery and discrimination. Throughout 2020, conservatives and centrists hotly debated whether the construct is real, or so broad as to be meaningless, but Biden’s use of it drew barely a peep.

Equally remarkable, and just as little-noted, was Biden’s choice to replace the usual "economic crisis" with a crisis of "inequity". It is absolutely true that the buoyant stock market and unevenly-distributed job losses have left wealthier Americans with a profound sense of dislocation but little bottom-line impact, while hourly-wage and service industry workers are both more likely to be unemployed and more likely to have been sickened by Covid-19. Non-white Americans, too, have been disproportionately affected and have called for shifts in policies to address that fact.

Some observers might have found it surprising to hear the new President declare U.S. international standing to be its own crisis.

But the idea of a crisis of inequity calls out, too, to the older white workers who Biden has made it a point of championing in his close partnerships with industrial unions and in the three old-line manufacturing states that he wrenched back from Trump’s electoral column - Michigan, Pennsylvania and Wisconsin. These are the voters whom Trumpism was supposed to benefit. To hold his coalition together, Biden must both deliver on justice around gender and race, but also deliver for those who can easily be made to feel that progress for others only comes at their expense.

On Covid-19 itself, the President chose to use his speech as an opportunity to call the nation together in silent mourning. This was perhaps remarkable because the first event of his inauguration weekend had been a national memorial service, broadcast from outdoors, complete with church bells tolling. Remarkable because President Trump’s near complete failure to acknowledge the virus’s toll brought with it a group of his supporters who still do not acknowledge the seriousness of the tragedy. And remarkable that - in this moment of great sorrow - the United States has in Biden its most religiously-observant president in fifty years, perhaps more. Biden’s Catholicism is not particularly remarkable, though he is only the second elected president, after John F. Kennedy; but the depth of his comfort with ritual and practice shows through in how he not just borrows phrases but hymns and practices for his public speaking. This is, for many Americans who are themselves a generation or less away from family members this steeped in Christian practice, both unusual and deeply familiar.

Finally, after four plus years of President Trump’s angry targeting of U.S. foreign relations, and the Biden team’s relative silence on the topic during the campaign, some observers might have found it surprising to hear the new President declare U.S. international standing to be its own crisis. But in fact, Biden has been passionate about foreign affairs, and about how the world sees his country, since before he was first elected to the U.S. Senate 50 years ago. Biden is the most well-traveled person ever to assume the U.S. presidency; before serving as Barack Obama’s Vice President, he was reputed to be the most well-traveled Chairman of the Senate Foreign Relations Committee.

To an audience that might be forgiven for not looking beyond the Capitol grounds, let alone U.S. borders, Biden said: "the world is watching". And he went on to re-state two key themes from his campaign - that under his leadership, Washington would rebuild relations with allies, and that the U.S. would seek to act in the world "not merely by the example of our power but by the power of our example".

There will be debate in the coming weeks about how Biden views the world, and whether his approach - focused strongly on U.S. economic recovery, asking allies to return to some old structures while seeking significant changes to others - is fundamentally a restoration of what came before, a kinder version of Trump, or something entirely different. It may be oversimplifying, but it wouldn’t be entirely wrong, to say that his rather simple Inaugural Address offers the answer.

See also
Europe / World
US Isolationism: How to Step Back Without Stepping Away?
Interview with Charles Kupchan by Soli Özel
INTERVIEW | 12 January 2021 | Charles Kupchan | Soli Özel
On December 8, Institut Montaigne hosted a webinar in which Soli Özel, Senior Fellow at Institut Montaigne and an expert of American politics, spoke with Charles Kupchan, professor of International Affairs at Georgetown University and Senior Fellow at the Council on Foreign Relations, about the...
Next
Europe / World
Two Nations, One Republic
ARTICLES | 11 January 2021 | Jeremy Adelman
While a mob of Trump supporters rampaged in Washington DC on January 6, 2021, the Chinese government used its new security law to round up 53 pro-democracy activists and officials in Hong Kong. In one city, dissenters took to the streets and stormed the Capitol; in the other, they got dragged to...
Next
SIGN UP FOR OUR NEWSLETTER
for a handpicked selection of analyses each week Yes please
Dossier |
Next
Publication -
Next
...
Next
Séminaire réservé exclusivement
à nos entreprises adhérentes
Restricted to
member companies
Next