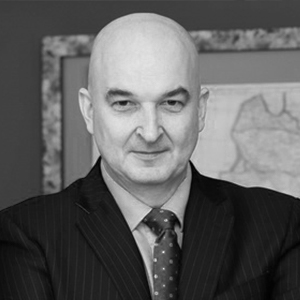 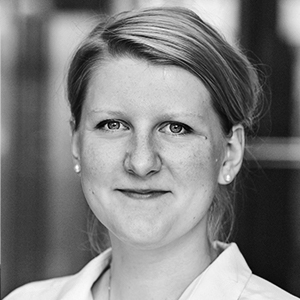 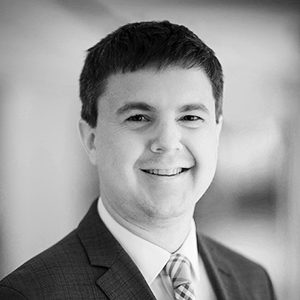 On December 3rd and 4th, 2019, London hosted NATO's 70th anniversary commemoration. Yet, participants were not in a celebratory mood. The meeting between NATO Heads of State took place in an atmosphere of great political tension as President Macron had declared a few weeks earlier that we were experiencing the "brain death" of NATO, after President Trump unilaterally decided to withdraw US troops from Northern Syria. This declaration in an interview for The Economist on 7 November 2019 immediately triggered strong reactions from all NATO leaders, including Turkish President Recep Tayyip Erdoğan who responded by insulting President Macron.

The year 2020 will be crucial for the Alliance. Is NATO experiencing a temporary crisis comparable to those that have already punctuated its history, or are we helpless observers of a slow agony that will lead to the final death of the organization? The Körber Foundation in Germany, the Polish Institute of International Affairs (PSIM) and the Hudson Institute in the United States share their analysis of the importance and future of NATO for their respective countries.

"We are experiencing the brain death of NATO" – this statement of French President Emmanuel Macron has triggered curious reactions in Germany: Suddenly, most German politicians – even from center-left parties – felt compelled to underline in very clear terms their commitment to the Alliance. At this year’s Berlin Foreign Policy Forum, German Foreign Minister Heiko Maas made the point: "NATO is alive and kicking!".

Macron’s remarks have served as a wake-up call for the German political elite. While some European countries – namely France and the UK – can rely on their own security, thanks to Trident and Force de frappe, and others like Poland have started building a special relationship with the US, Germany has no alternative to NATO as a security provider. A recent Körber Policy Game, conducted in cooperation with the International Institute for Strategic Studies (IISS), posed the "Gretchenfrage" to high-level senior participants from Germany, France, Poland, the UK, and the US: What would be the future of NATO if the US withdrew?

The results were telling – and sobering. Without American security guarantees, the principles of European solidarity were quickly challenged and Europe was at serious risk of splitting into different camps.

Most Germans preferred a nuclear umbrella provided by the French or the British rather than US nuclear protection.

Confronted with a scenario of Russian escalation, the German team suggested asking France and the UK to expand their nuclear umbrellas to other European countries, since developing a German nuclear weapons capacity was considered an unlikely option. The French team even proposed a new, EU-centered, collective defense alliance after a US withdrawal, which was met with skepticism especially from the German, British and Polish side. The Körber Policy Game thus demonstrated how existential NATO is for Germany’s security.

Yet, is the German public aware of NATO’s crucial role for their country’s security? In the 2019 survey of The Berlin Pulse, most Germans preferred a nuclear umbrella provided by the French or the British rather than US nuclear protection. However, despite this skeptical stance towards the US, most Germans still have a favorable view of NATO – which is a positive sign for the future.

For several months, President Emmanuel Macron has been proposing a debate in Europe on how to achieve greater security independence on the continent. In this context, attention should be paid to some important issues affecting the attitude of Central European countries, including Poland, towards the French President's proposals.

Historically, Pax Americana has shaped the conditions for Central Europe’s optimal development. The US played a key role in extending the semantic meaning of the term "Central Europe", first by participating in Germany’s unification, and then by committing to the enlargement of the "whole and free Europe" towards the East in order to guarantee the well-being and security of the nations of Central Europe freed from Soviet domination. Today, Germany is part of Central Europe, which is why both its national security and its economic development are now determined by the specificity of this region; to the extent that the security and stability of countries located between Baltic, Black and Adriatic seas (members of the so called Three Seas Initiative) is today at least as important for Berlin as cooperation with France - and perhaps even more so. Therefore, no vision of a two-speed Europe, tearing Germany away from Central Europe and threatening the security of the region, would be appealing to the Germans.

Currently, the security of Central Europe, and de facto all of Europe, is significantly affected by Russia's use of force or the threat of using it - which has become a tool of its foreign policy. Thus, every vision dealing with the future of European security must tackle the question of guaranteeing stability and security in Central Europe. For now, only NATO, the institutional manifestation of the free world, can provide such a credible guarantee. We cannot ignore the fact that the American military presence on NATO's Eastern flank is part of their nuclear deterrence policy. Can Europe autonomously replace the US in this function? Perhaps, but it will take time. Meanwhile, Russia is conducting hostile policy towards the free world as we speak.

If President Macron wants to be heard in the debate about a "Plan B" for European security, it would be advisable for France to commit to tell how Europe would autonomously provide security in Central Europe and maintain credible deterrence towards Russia. Any French declarations that revisionist Russia is not or should not be regarded as a threat to Europe - beyond being detrimental to France and President Macron’s credibility - are contradicting facts and recent developments in Eastern Europe.

The security and stability of countries located between Baltic, Black and Adriatic seas is today at least as important for Berlin as cooperation with France.

Poland and Germany are ready to support the development of Europe's defense potential, starting with the increase of defense spending by each European country. Nonetheless, this cannot mean shaping a dangerous illusion that Europe will be able to provide the same level of security as currently guaranteed by the United States' participation in NATO and their presence on the Alliance's Eastern flank.

Thus, if the Americans decide to withdraw from NATO - a very unlikely scenario -, then Central Europe will seek to influence the process of rearranging American presence on the continent in such a way so as to not only maintain a US presence in Central Europe but to also prolong NATO’s existence, even if on the basis of bilateral agreements. It should not be forgotten that even if the Americans really were to withdraw from NATO, European countries would still be bound by the duty of joint defense, and Central Europe, including Poland but also Germany, will undoubtedly endeavour to defend itself together.

The United States has ambitious hopes for NATO. Across several administrations, the American critique of NATO has not been that it does too much, but that it does too little. This is true for two reasons: the changing nature of warfare and America’s irreplaceable role in Europe.

In today’s battlespace, fulfilling core alliance duties like collective defense requires coordination across a range of ostensibly civilian areas. Gone are the days when planners could neatly divide military and civilian sectors. Instead, in tomorrow’s competition, Russia and China are sure to probe the seams that stitch together the European Union and NATO. Telecommunications may be an area suited for EU discussion, for example, but NATO operates on a commercial backbone too. Similarly, from ports to artificial intelligence, it will be essential for the Alliance to fully vet the military implications of EU standards and directives in commercial sectors.

The United States remains the guarantor of European security, which, in turn, is the basis for political cooperation on the continent.

For all of Europe’s impressive progress over the decades, the United States remains the guarantor of European security, which, in turn, is the basis for political cooperation on the continent. To date, there has not been a military operation conducted by a member state or the EU that has not required American assistance. Even the much-hyped Operation Sophia relied on the United States for basic visibility in the Mediterranean. For these reasons, the US has pressed its allies to invest more in defense.

The transatlantic alliance is a natural channel for such investment. The Alliance features the world’s most cutting-edge platforms. In 2018, for example, Leonardo and Boeing won a major contract to manufacture US Air Force helicopters. From Airbus to Rheinmetall and from Thalys to Saab, European companies regularly work with the Pentagon. Today, 25% of every F-35 aircraft is built in Europe. Instead of erecting American and European silos, the West should embrace transatlanticism in all its facets to keep NATO the greatest alliance in history.

See also
Europe / World
After declaring NATO "brain-dead" has President Macron brought Europe any closer to strategic autonomy ?
ARTICLES | 12 December 2019 | Philippe Maze-Sencier
On December 3rd and 4th, NATO leaders gathered in London for the 70th anniversary of the Alliance. While the world was expecting a rather tense meeting following the controversial "brain dead" interview of President Macron with The Economist, it ended with the issuing of a common final communiqué...
Next
Europe / World
Emmanuel Macron - "Europe on the edge of a precipice"
ARTICLES | 20 November 2019 | Michel Duclos
Emmanuel Macron’s interview published by The Economist on 9 November has been described as the equivalent of a "tweet by President Trump". In fact, the President’s statesmanship, his willingness to face facts and project into the future, and the extent of the (generally outraged) public...
Next
SIGN UP FOR OUR NEWSLETTER
for a handpicked selection of analyses each week Yes please
Dossier |
Next
Publication -
Next
...
Next
Séminaire réservé exclusivement
à nos entreprises adhérentes
Restricted to
member companies
Next