The WHO Versus Covid-19 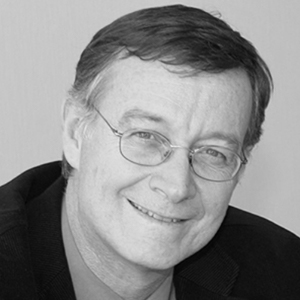 Founding Director of the Institute of Global Health

At the end of May, US President Donald Trump announced the suspension of the US contribution to the World Health Organization (WHO), which he accused of complacency with China. In the midst of this crisis, how should WHO's action during the pandemic be viewed? Antoine Flahault MD, PhD, Director of the Institute of Global Health in Geneva, answered questions from Angèle Malâtre-Lansac, Institut Montaigne’s Associate Director in charge of Healthcare Policy.

WHO was the subject of much criticism during the pandemic. Is the discontent expressed by some States with regard to the role played by WHO justified, and how can this be explained?

I would like to begin by clarifying exactly what WHO is and what it is not. The World Health Organization is an intergovernmental UN agency, and not a supranational one. It also has fairly limited resources: its budget is equivalent to that of a large regional university hospital. In spite of these rather low means, WHO gathers world-renowned experts, and its publications and technical recommendations are very rarely called into question. However, its role is primarily normative: WHO has neither sanctioning nor inspection powers, unlike other agencies such as the International Labour Organization (ILO) or the World Trade Organization (WTO).

WHO's action during the pandemic took place within the framework of the International Health Regulations (IHR 2005), which aim to prevent serious risks to public health and to manage epidemic crises. Based on these regulations, Dr. Tedros Adhanom Ghebreyesus, Director-General of WHO, convened an IHR Emergency Committee on January 30. Taking the committee’s opinion into consideration, Dr. Tedros declared that the coronavirus epidemic constituted a Public Health Emergency of International Concern (PHEIC). In the days that followed, WHO issued non-binding temporary recommendations. Among other things, these recommendations advised against "unnecessarily interfering with travel and trade". By quickly enforcing restrictions on both travel and trade, most member countries openly violated these recommendations.

WHO’s critics are mainly the richest member countries, i.e. those that need WHO the least, as they have their own robust public health infrastructures and public health agencies. WHO is rightly criticized for not having played its role as a coordinator and leader in the face of the pandemic. However, this situation is also the result of a framework wherein member states do not give WHO any binding capacity. Its powers are almost non-existent due to its limited resources, as well as its operating and governance mode. WHO is very democratic, with 194 member countries, each having an equal voice, even though contributions are at the sole discretion of the states.

Officially, WHO is very democratic, with 194 member countries, each having an equal voice, even though contributions are at the sole discretion of the states.

With no binding or inspection powers, WHO’s influence is primarily based on the relations it has had to build country by country. It has opened numerous offices throughout the world enabling the organization to gain direct access to governments. This entire process is wise in such a context, but is obviously extremely political and lacks transparency. The United States is one of WHO’s main contributors. With its withdrawal, I believe the main risk is that of the organization turning inward and adopting a "bunker mentality".

In your opinion, what were the positive aspects of WHO's action during the pandemic?

Most notable was the ACT Accelerator project: a very large-scale cooperation mechanism set up at the end of April to speed up access to treatments and tools to combat Covid-19. In particular, this project aims to facilitate access to a potential vaccine for all, in a context wherein states, and specifically the United States, are withdrawing. WHO played its coordinating and leading role by bringing together many organizations such as the Coalition for Epidemic Preparedness Innovations (CEPI), GAVI – the Vaccine Alliance, the Global Fund, UNITAID, the Wellcome Trust, and the International Federation of Pharmaceutical Manufacturers & Associations (IFPMA), all of which have committed to act together.

The 73rd World Health Assembly, which WHO convened at the end of May, was another key moment. The Assembly acts as WHO’s executive board. During this session, it passed a resolution of great importance in support of WHO's work, including a call for intensified cooperation and collaboration at all levels. The resolution acknowledges the key leadership role of WHO and the UN in catalyzing and coordinating the global response to the pandemic, recognizes the role of health professionals and humanitarians in the crisis; calls for universal, timely and equitable access to treatment. The resolution also requests the implementation of an impartial, independent and comprehensive evaluation to "review experience gained and lessons learned from the WHO-coordinated international health response to COVID-19". During this session, member states played their role as administrators, with France spearheading several proposals.

Can Europe help strengthen the role of WHO and enable better coordination in the event of a future pandemic?

In general, Europe is considered to be multilateralism’s model student. In the current context of Sino-American tensions, we need to make this European voice heard more than ever.

There is a very strong will in Europe, including on the side of the UK, to have WHO play a stronger role.

There is a very strong will in Europe, including on the side of the UK, to have WHO play a stronger role.

In order to enable better global cooperation, Europe really must regain a central position within WHO. This will be achieved in particular through the resources and support provided to the organization. To enable WHO to take operational control of crises, we could imagine that when a crisis exceeds a certain threshold, as was the case with the Covid-19 pandemic, mechanisms could be put in place that would enable it to take on a steering role with stronger powers, including inspection prerogatives. Multilateralism provides solutions that no state can provide alone, and the role of WHO is essential, especially for the poorest countries.

See also
Healthcare
Taking stock of OECD Health Systems in the face of Covid-19
Trois questions à Francesca Colombo
INTERVIEW | 18 June 2020 | Francesca Colombo | Laure Millet
Francesca Colombo, Head of the Health Division at the OECD took part in the webinar "OECD Health Systems in the face of Covid-19: How did they deal with the emergency and how do they prepare for the aftermath" organised by the Institut Montaigne on June 9. She discussed the management of the...
Next
Healthcare
The Imperative to Diversify Value Chains Post-Covid-19
BLOG | 23 June 2020 | Joanna Kenner
The Covid-19 pandemic has exposed some critical vulnerabilities in the production and supply chains the EU relies on. The first vulnerability is strategic: that of excessive dependence on China in sectors critical to the health and wellbeing of the EU’s population. This point was crystallized by...
Next
SIGN UP FOR OUR NEWSLETTER
for a handpicked selection of analyses each week Subscribe
Newsletter
Our latest analyses in your inbox each week
Subscribe
Follow us