When Democracy Meets Efficiency: How Communication Can End the Pandemic 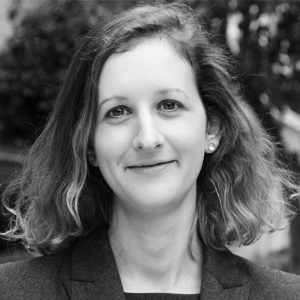 Associate Professor of International History at the University of British Columbia

In order to successfully exit the second lockdown taking place in France and around the world, handling the crisis communication is central, as it forms the foundation of collective action to counter the virus. Three researchers from the University of British Columbia in Canada recently published a rich comparative study, Democratic Health Communications during Covid-19: a RAPID Response, which looks at crisis communication strategies in nine democratic countries and their impact on the management of the pandemic. One of the authors, Heidi Tworek, answers questions from Nicolas Bauquet, Associate Director for Research and Transformation of Public Policy at Institut Montaigne.

To what extent do you think the communication style of leaders during the first wave of the pandemic had a direct impact on the mitigation of the number of deaths?

It is hard to quantify directly but it is clear that countries with effective responses also had effective communications. Part of this was a recognition that clear communication is a crucial non-pharmaceutical intervention. We have mostly focused on other non-pharmaceutical interventions (NPIs) such as mask-wearing or physical distancing. But none of those function properly, if we cannot effectively communicate to the whole population why these measures are important and if we cannot persuade people to comply even as pandemic fatigue sets in.

The most effective jurisdictions had followed the same basic principles of effective communications, applying them swiftly.

My recent report, co-authored with Ian Beacock and Eseohe Ojo, examined Covid-19 communications in nine democracies, across five continents (Germany, Norway, Denmark, Sweden, Canada, New Zealand, Senegal, Taiwan, South Korea). We found that the specific communications styles were very contextual – what works in South Korea may not work in Senegal. But we did see that the most effective jurisdictions had followed the same basic principles of effective communications, applying them swiftly. We know that rapidity is essential to prevent widespread cases and deaths.

Most of these jurisdictions communicated rapidly to ensure that their populations complied with guidelines as quickly as possible.

What is fascinating is that the jurisdictions we pinpointed with effective communications have thus far either avoided a second wave (by containing outbreaks) or have dramatically lower second waves than neighbouring countries. My sense is that these effective communications strategies both ensured rapid compliance with public health guidelines and have helped to forestall pandemic fatigue.

What are the principles that can underpin any democratic public health communications strategy?

My recent report pulled out five broad principles that underpin a communications strategy, which we call the RAPID principles. First, create Room for Autonomy, Not Just Orders. We found that overly granular guidelines with hefty enforcement could create resentment in the long run and ultimately undermine people’s will to comply.

Second, Attend to Emotions, Values, and Stories. Scientific facts matter, but we process facts far better if they come attached to emotional meaning, societal values, or stories of people like us.

Third, Pull in Civil Society. Too many jurisdictions have relied on public health officials and politicians alone to convey messaging. We saw instead that places like Senegal included key civil society leaders to incentivize compliance.

Fourth, Institutionalize Communications. South Korea and Taiwan had learned from poor performances in the previous pandemics of MERS and SARS that communications are central to an effective response. They reformed their public health systems to make communications a central pillar of the response from the start.

Finally, Describe the Response Democratically. We found that military metaphors were less effective than democratic metaphors that created broader meaning. New Zealand talked of being a "team of five million".

My recent report pulled out five broad principles that underpin a communications strategy, which we call the RAPID principles

South Korean President Moon Jae-in has described the pandemic as a "relay race" where no South Korean should be left behind. Others used natural metaphors of storms and waves. It sounds simple but these metaphors encourage all to contribute and indeed, they seem to have contributed to electoral success. New Zealand Prime Minister Jacinda Ardern was recently reelected in a landslide victory; South Korea’s election in April saw the highest turnout in several decades with Moon achieving victory once more.

It’s crucial to emphasize that these principles are highly achievable. We derived them from in-depth analysis of nine democracies around the world, many of which implemented all five of our principles. It is essential for other countries to adopt these principles both to mitigate this wave of Covid-19 and to improve preparedness for the next pandemic.

What are the most relevant crisis communication strategies you spotted during your research?

Beyond our broad principles, three really important strategies stand out. First, rapidity is essential. Another study found that the swifter public officials released guidelines on Covid-19, the less the public bought quack cures online. It is important to release high-quality information on as many channels as possible than to wait and have to fight rumours online.

Second, the best public health communicators built rapport with their publics. They sought to communicate empathy with people’s difficulties, showed compassion for those who had passed away, and displayed their own emotions. They did not engage in blame games or stigmatizing certain groups of people, such as the young. This has helped to ensure that people want to get tested and to participate in contact tracing.

Third, they admitted mistakes. Norwegian Prime Minister Erna Solberg, for example, admitted later in the summer that the lockdown was perhaps stricter than necessary. This earned trust, because Norwegians knew that Solberg would admit mistakes. As a second wave engulfs much of Europe, it is worth considering a reset if things are going poorly and going back to the basics we describe in our answers to these questions. It won’t be easy to rebuild trust but as we wait for more effective treatments or a vaccine, communications are one of the few NPIs left to us.

See also
Europe / World | Coronavirus
Thinking Local: How Two Mayors Handled the Pandemic
ARTICLES | 3 November 2020 | Nicolas Bauquet | Florian Bercault | Sir Peter Soulsby
During his research on the local responses to the crisis caused by the pandemic in Europe, Nicolas Bauquet, our Associate Director for Research and Transformation of Public Policy had the opportunity to discuss with Sir Peter Soulsby, Mayor of Leicester, and Florian Bercault, Mayor of Laval. Both...
Next
Europe / World | Coronavirus
The Vaccine Race: Will it Make or Break Multilateralism?
ARTICLES | 21 October 2020 | Mark Pearson
Developing a vaccine against Covid-19 is at the forefront of most state’s interest at the moment. This inevitably raises questions about who will get the vaccine first, and how equal access to it can be ensured. International cooperation is surely primordial in this challenge, but can such...
Next
SIGN UP FOR OUR NEWSLETTER
for a handpicked selection of analyses each week Yes please
Dossier |
Next
Publication -
Next
République | Santé
...
Next
Séminaire réservé exclusivement
à nos entreprises adhérentes
Restricted to
member companies
Next