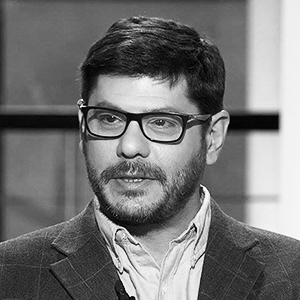 Turkey has been at the forefront of the international stage these last few weeks, due to its tensions with Greece in the Eastern Mediterranean, its implication in the conflict between Azerbaijan and Armenia in Nagorno-Karabakh, and most recently, due to President Erdogan's personal attacks on President Macron, after the latter pledged to step up his government’s fight against radical Islamism. Samim Akgönül, Director of the Turkish Studies Department at the University of Strasbourg, shares his perspective on the future of Turkey's relations with France and Europe.

How would you interpret President Erdogan's recent attacks on President Macron? In what political context in Turkey do they take place?

On the one hand, there are some structural reasons. Turkey’s administrative structure used to be very close to that of the French Third Republic. With the mutation of the regime under the authoritarian will of Mr. Erdogan, Turkey started to draw more inspiration from the French Fifth Republic, but without the checks and balances.

France’s apparent problem with its Muslim population is an opportunity for President Erdogan and his quest for leadership.

Turkey and France are in fact more similar than one may think, and the current crisis could be compared to two sisters bickering. The French verb "se chamailler" and the Turkish verb "didişmek" describe this situation very well. In addition, France, partly because of its centralized system, has not (yet) been able to solve the "Muslim issue", which has almost been resolved in other European countries such as Germany, the Netherlands or the United Kingdom.

These countries have acknowledged the legitimacy of the Muslim population to live as such - except for within the far right communities and parties. In France, even in the center of the political spectrum, this legitimacy still seems to be debated. France’s apparent problem with its Muslim population is an opportunity for President Erdogan and his quest for leadership.

The second set of reasons resides in President Erdogan’s will to become something "more". He tried to be a regional leader but failed; he tried to be the leader of the Muslim Brothers but he missed his chance to align with the Arab nations. He is now trying to go down the European path - and the French suburbs are a perfect example -, and present himself as a new caliph, the true defender of Muslims in Europe. President Macron therefore becomes a perfect enemy, "the persecutor of Muslims".

A number of European Heads of State and Government have shown support for Emmanuel Macron in recent days. In the context of a crisis between Greece and Turkey in the Eastern Mediterranean, what does this new crisis mean for the hope of a rapprochement between Turkey and the European Union?

This new crisis will not have a major impact on relations between the EU and Turkey. That chapter is closed: the UE has rejected Turkey and, as a reaction, Turkey is rejecting the EU.

In addition, the fear of populism - its pressure on the center, and, in some countries, its victory - prevents the EU from taking any concrete action against Turkey, since the EU signed an iniquitous agreement with Ankara to externalize the "refugee problem".

It is safe to assume that the majority of the readers of this interview do not want to see millions of Syrians or Afghans or Pakistanis in the streets of their cities, which to some degree could be the case without this agreement, at least to a further extent than currently is the case. Europe is thus now condemned to bow down in front of Ankara and to swallow all the insults. The only way for the EU to regain the advantage over Turkey would be if it radically changes its immigration policy.

Everywhere in Europe, Euro-Turks have the capacity, knowledge and diplomas to become religious and educational staff.

The end of the system of "detached imams" that the French President envisages, risks causing Turkey to lose some of its influence in France. What about elsewhere in Europe?

"Detached imams" are imams that are paid by foreign countries to practice on French soil. The system is governed by bilateral agreements between France and these countries, including Turkey, which represents 151 imams (half of the total number of "detached imams" in France), about 65% of whom are Turkish civil servants.

Austria managed to end this system, France can do it too. However, Turkey is trying to short-circuit this new trend in Europe, to train local imams by creating an "international theology program", through which young Turkish people from several European countries are brought to Istanbul, trained and sent back as imams in their respective countries in Europe. This program has not quite proven successful so far, because the large majority of these young Euro-Turks do not necessarily want to become imams.

But another very important issue remains: that of teachers sent by Turkey to teach Turkish language and civilization in French schools. France still refuses to open a Turkish language and civilization CAPES (the French teachers’ entry exam), even though French universities could train these teachers very easily, and thus have some control over the influence of Turkey in the territory. This stance from the French is thus puzzling. Imams and teachers are two pillars of foreign intervention in France today (namely Turkish), while both bodies could easily originate from France.

Everywhere in Europe, Euro-Turks have the capacity, knowledge and diplomas to become religious and educational staff. These Euro-Turks can share the experience of multiple belonging to Turkishness and their respective countries, without needing to be organically dependent on Turkey.

See also
Europe / World
How to respond to Recep Tayipp Erdogan?
ARTICLES | 30 October 2020 | Michel Duclos
The attacks of the Turkish president against Emmanuel Macron and France have reached a nearly inconceivable level. But the personal insults seem almost secondary: what is really at stake is Recep Tayipp Erdogan’s deliberate playing of the "clash of civilizations" card in order to further polarize...
Next
Europe / World
Whose Sea? A Turkish International Law Perspective on the Greek-Turkish Disputes
ARTICLES | 19 October 2020 | Riza Türmen
The discovery of fossil fuels in the waters of the Mediterranean has brought the sensitive issue of drawing maritime borders back to the table, as Turkey has sent research ships within disputed waters. To complete our Whose Sea series on the issues of the Eastern Mediterranean, we invited Dr. Riza...
Next
SIGN UP FOR OUR NEWSLETTER
for a handpicked selection of analyses each week Yes please
Dossier |
Next
Publication -
Next
...
Next
Séminaire réservé exclusivement
à nos entreprises adhérentes
Restricted to
member companies
Next