Safeguarding Jobs During the Crisis: The Different Responses Within the OECD 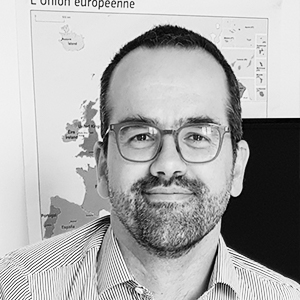 Senior Economist at the OCDE 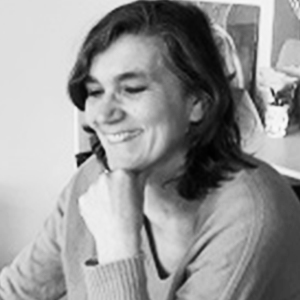 Statistician at the OECD 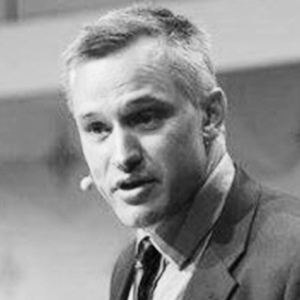 Labour Economist at the OECD

Job retention schemes have been among the main policy tools used in many OECD countries to contain the social and employment impacts of the Covid-19 crisis. Their use was unprecedented: in May 2020, job retention schemes supported around 50 million jobs in the OECD, about ten times more than during the 2008/2009 global financial crisis. What have the effects of these measures been? Were they implemented uniformly across OECD countries, and how far-reaching were they? Alexander Hijzen, Senior Economist in the Employment, Labor and Social Affairs Directorate of the Organization for Economic Co-operation and Development (OECD), Andrea Salvatori, Labor Economist at the OECD, and Agnès Puymoyen, Statistician at the OECD, answer our questions.

What different schemes were put in place in OECD countries to safeguard jobs?

Job retention schemes aim to preserve jobs in companies that experience a temporary reduction in activity by reducing labor costs while maintaining the incomes of workers whose hours have been reduced. These may include so-called "partial unemployment" mechanisms that directly subsidize non-worked hours, such as Germany’s Kurzarbeit or France’s activité partielle. They can also take the form of subsidies that apply to worked hours but that can also be used to top up the earnings of workers whose hours have been reduced. The Dutch emergency measure (Noodmaatregel Overbrugging Werkgelegenheid, NOW) or Australia’s Job Keeper Payment are examples of the latter. Regardless of the specific scheme used, all employees maintain their contracts with their employers during the suspension from work.

The majority of OECD countries that already had job retention schemes in place rapidly expanded them in response to the Covid-19 crisis. They simplified procedures by opening online applications to all and allowing workers to apply retroactively; removed the need for economic justification; and extended eligibility beyond workers on permanent contracts to include temporary and interim workers, and even some categories of self-employed workers. Many countries also made partial unemployment schemes more generous for both companies and workers.

A number of other countries introduced new, temporary schemes in response to the Covid-19 crisis, such as Denmark, Slovenia and the United Kingdom. Most of these new schemes apply only when hours are reduced to zero, i.e. in the case of temporary layoffs. This way, the schemes could be implemented more quickly and they are arguably less vulnerable to the fraudulent misclassification of part-time workers. However, they are also more rigid and exclude the possibility of sharing adjustment costs between workers through widespread reductions in working hours.

Many countries also made partial unemployment schemes more generous for both companies and workers.

Examples include Australia, Canada, Ireland and New Zealand. These subsidies are reserved for firms that experience a significant revenue decline, but the amount of the subsidy is generally independent from the level of the decline in revenues or working hours. As a result, these wage subsidy schemes are less targeted at companies in financial difficulty than partial unemployment schemes are.

To what extent did the schemes vary in terms of generosity during the confinement period? And what were their consequences?

At the start of the Covid-19 crisis, job retention schemes were generous for both workers and companies. This made it possible to reduce companies’ labor costs and preserve jobs, while supporting the incomes of workers whose hours were temporarily reduced, avoiding financial difficulties and sustaining aggregate demand.

To support businesses, most countries have set the cost of non-worked hours at zero, which has allowed companies to align labor costs with working time, thereby preserving their liquidity and their ability to maintain jobs. Notable exceptions are Denmark and the Netherlands, where employers are required to contribute 35% and 10% of regular labor costs respectively. Since June 1, France also asks that employers direct part of their revenues toward hours not worked. However, even in these countries, job retention assistance allows for significant reductions in labor costs.

What adjustments should be made to the job retention schemes as we exit the Covid-19 crisis?

During the confinement phase, job retention schemes were mainly designed to provide immediate support to companies and workers and to avoid an initial surge in unemployment. As countries relax restrictions on economic activities, the schemes should be adapted to better target jobs that are likely to become viable again. This reduces the risk that these programs will slow down the reallocation of jobs to better-performing firms and sectors and that they become an obstacle to economic recovery. To do so, three difficult policy challenges need to be addressed.

As countries relax restrictions on economic activities, the schemes should be adapted to better target jobs that are likely to become viable again.

The first question is when to phase out or adapt job retention measures that offer generous support with few safeguards against their possible negative effects. The answer is not easy: uncertainty remains high and the risk of a second Covid-19 wave remains. On the one hand, restricting access to these schemes too early can lead to the destruction of jobs that might still be viable and induce a wave of redundancies. On the other hand, extending easily-accessible job retention programs can artificially maintain unsustainable jobs, waste valuable resources and slow down the necessary reallocation of jobs to expanding firms and sectors.

The second question is how to adapt the schemes to deal with the economic consequences of the public health crisis. The main challenge is to target jobs that are at risk in the current context but viable in the long run. Indeed, it is inevitable that some firms will be unable to recover fully and will have to resort to permanent layoffs. If jobs have become unviable, they should be allowed to end. The workers should be supported through unemployment benefits in combination with active labor market policies aimed at facilitating transitions to new and sustainable jobs. The best way to better orient job retention schemes is by making businesses contribute to the cost of hours not worked.

The third challenge is to define to whom the adaptations should apply, and in particular whether there should be differentiation between sectors. While economic activity in some sectors may resume rapidly, others will continue to face legal restrictions. Sectors whose activity remains restricted by law may require a continuation of job retention schemes. On the other hand, in sectors where activity can be resumed, schemes may need to be adapted so as not to maintain jobs that have become permanently unviable. France is currently the only country that applies more favorable conditions to sectors that remain subject to government-imposed restrictions. More specifically, since June 2020, employers in "open" sectors (sectors that are no longer subject to public health restrictions) are required to contribute 15% of workers’ income for hours not worked.

See also
Europe / World | Employment / Company
Taking stock of OECD Health Systems in the face of Covid-19
Trois questions à Francesca Colombo
INTERVIEW | 18 June 2020 | Francesca Colombo | Laure Millet
Francesca Colombo, Head of the Health Division at the OECD took part in the webinar "OECD Health Systems in the face of Covid-19: How did they deal with the emergency and how do they prepare for the aftermath" organised by the Institut Montaigne on June 9. She discussed the management of the...
Next
Europe / World | Employment / Company
Covid-19 the Clarifier: The Impact of the Virus on France's Foreign Policy
BLOG | 20 July 2020 | Michel Duclos
Covid-19 is like lightning, violently exposing a familiar landscape, which it will lay to waste after the storm. We call it a clarifying virus because it not only reveals existing trends but, more importantly, it accentuates or accelerates them. It is also, therefore, a transformational virus....
Next
SIGN UP FOR OUR NEWSLETTER
for a handpicked selection of analyses each week Subscribe
Newsletter
Our latest analyses in your inbox each week
Subscribe
Follow us