The Road to Take 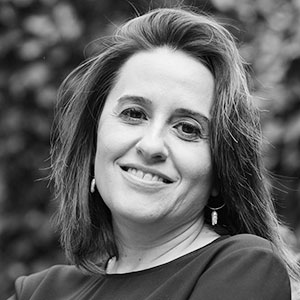 In his classic 1964 article The Paranoid Style in American Politics, the great American historian Richard Hofstadter identified many movements in American history that were driven by paranoid hysteria. Common to all these movements was a deep distrust of elites, a reaction to developments that appeared uncontrollable and threatening that induced a need to find a comprehensive explanation for the treason that believers saw all around them. Hofstadter’s conclusion was that "the paranoid spokesman sees the fate of conspiracy in apocalyptic terms-he traffics in the birth and death of whole worlds, whole political orders, whole systems of human values. He is always manning the barricades of civilization. He constantly lives at a turning point".

Whoever is the conniving enemy - masons, Catholics, Jews, Communists - "perhaps the central situation conducive to the diffusion of the paranoid tendency is a confrontation of opposed interests which are (or are felt to be) totally irreconcilable, and thus by nature not susceptible to the normal political processes of bargain and compromise". To frame it in the lexicon of the 21st century, post-truth was alive and well in the United States way before the term became fashionable in the critique of populist politics and the cynical role of social media companies in exacerbating bifurcations and polarization in American society.

Rebirth of the Tradition

In the past few years, particularly during the presidency of Donald Trump, the entire world stood witness to the ascending influence of this "tradition" in American politics. A reactive, overwhelmingly white, popular wave aligned with Christian nationalists, groomed by an increasingly plutocratic Republican Party that frequently resorted to anti-democratic practices, brought on stage the tradition’s most recent and potent incarnation, QAnon conspiracy theory. The movement’s adherents believe that the American government is controlled and run by elite Satan-worshipping pedophiles in government, business and the media.

Unlike earlier times when such movements were conveniently used by elites for political purposes but remained either marginal or ultimately under control, the term of Donald Trump as President gave free reign to these far-right conspiracy movements. Implicitly approving of and encouraging racist and/or white nationalist movements and militias, refusing to acknowledge right wing terrorism as a national security threat despite warnings from his own security agencies, Trump unleashed the fury of this crowd.

Like populists elsewhere, he used the conspiratorial thinking to further transform and possess his party, to reshape the domestic political coalitions, and to forge a unified organization of his own.

Ultimately he attempted to use his conspiratorial base to stage an insurrection or a coup to reject the results of the election and remain in power. The idea that elections would be stolen by the elites had been already circulating so widely that when Trump lost the elections, it wasn’t difficult for him to convince his supporters that this was not a democratic result, but another failure of the democratic process that always leaves the voice of the people muted.

The Crystal-Clear Moment of Populist-Conspiratorial Thinking

The events of January 6 are potentially a turning point in American politics as they crystallized the political and ideological reality of the American polity and society. The anti-democratic propensity of many Republican elites and the radical base of the Party has been flashed out. The Republican elites, eager to stay in power, not only readily embraced Trump’s conspiratorial and authoritarian style and his support base but also fueled it. Pippa Norris and Ronald Inglehart show that this new coalition of voters, threatened by social deprivation and neglected by the ruling parties, lead the illiberal conservative revolt. Through the Trump mo(ve)ment, the Republican party has become the front in this broader battle of the culture war.

The evidence is accumulating that this was a premeditated attack and the President’s own order to march at the end of his speech at the rally that day is on record. By encouraging the raid on the Capitol as one last desperate move to change the results of an election that he clearly lost, Trump has broken a cardinal rule at the core of a democratic system: peaceful transfer of power through elections.

Populists, including Trump, do not deny the importance of elections, but in their mind, the function of elections is to bring the rightful majority to the forefront of the political process. And when this morally and culturally superior majority loses in elections, it is because elites do not let them win. In this view of elections, populists should always win in order for the process to be deemed legitimate and fair.

This view, that has detrimental consequences for even procedural democracy to function, was shared by the Republican elites either for instrumental or genuine reasons. There are allegations that the marauders received cooperation from Congresspeople both before and during the raid. Despite the attack and the occupation of the Capitol for six hours, with the lives of many representatives inside the building under imminent threat including the vice-President who would not oblige the President to block the ratification of election results, 139 Republican members of the House and 6 Republican Senators still voted to reverse the election results.

Trump has broken a cardinal rule at the core of a democratic system: peaceful transfer of power through elections.

The legitimacy of the entire electoral process was therefore put in doubt although not a shred of credible evidence was ever provided in any of the Trump side’s dismissed court cases.

The raid underscored the chasm within the American electorate as well. Already, close to 80% of registered Republicans believe that the election was stolen as Trump claimed and to argue otherwise by providing evidence is useless. Even after the raid, polls suggest that upwards of 45% of Republicans approved of the raid. Those Republican officials at the state level that saved the sanctity of the electoral system by refusing to bend to pressure by Trump had to face death threats. Post-election developments at the state level indicate that the power of the radical fringe in the Republican party remains intact. In states where they hold executive and/or legislative power, the Republicans are trying to change the rules of the game, make voting more difficult to better be able to tilt the electoral process in a way that would favor them. The populist playbook that suggests that the only elections that are valid and legitimate are those they win is now the guide of a majority of Republican operatives.

The same dynamic obtains in Congress as well. Mounting evidence pointing to the complicity of Trump in the raid and his efforts to use the agencies of the Federal Government, most notably the Justice Department, to reverse the election results did not convince the Republican politicians that this President must be impeached. In fact, the furor of the base that now holds the Party hostage scares the politicians and further undermines the deliberative dimension of representative democracy. That one of the two major parties in the oldest continuous democracy in the world is plotting to rig the elections for the future highlights the depth of the crisis of American democracy. In view of this reality, the break-up of the Republican Party is being discussed as a plausible development, an auspicious development if it happens that would recalibrate the American system.

What is at Stake?

Trump’s cynical, desperate and destructive fight to overturn election results gradually alienated some of his supporters in the business community. The raid led many of his business supporters to abandon him. Numerous were those in American business who were impervious to the threat Trump posed to the democratic system, so long as taxes were lowered and regulations were eliminated. Their change of heart, if genuine and sustained, is thus important. Furthermore, as a function of the pandemic, the prospects of a "green economy" program combined with a massive investment in infrastructure arguably whetted their appetite.

American democracy passed a rigorous stress test admirably despite adverse conditions. One should expect that its recovery will not be swift.

The raid also exposed what was implicitly known. That the white supremacists have plenty of sympathizers among the security forces. For a long time, the security agencies of the United States and the overall political and media elites refused to recognize militias and right-wing radicalism and militarization as the threat they were for American democracy. In the post-Trump period, such fringe groups, especially the more violent and heavily armed ones may find a much less accommodating environment. However, this will be a long and arduous process given the American society’s structural racism.

But it needs to be noted that without such a clean-up, January 6 risks to be a potential Munich Beer Hall putsch rather than the botched coup attempt of 1981 in Spain.

Under these circumstances, the message of unity that Joe Biden reiterated in his bland but effective inaugural speech would prove hard to attain. This will leave Biden with an interesting choice. He can continue on the trajectory of his long career and try to find ways of accommodation with a Republican leadership that by all indications remains beholden to Trump who is popular with the enraged base. Or he can rise to the challenge, face off the dark side of structural racism and build a new coalition around progressive values and more inclusionary redistributive policies. The two aforementioned post-raid developments suggest that he would find support for this fight both among economic elites and in the national security structure of the American government. Yet, he will also encounter a lot of stiff resistance.

American democracy passed a rigorous stress test admirably despite adverse conditions. One should expect that its recovery will not be swift. However, not just for American democracy, but for the sake of democracies everywhere, a new social consensus about the rules of the game is required.

See also
Europe / World
In the Words of the 46th President of the United States
ARTICLES | 27 January 2021 | Heather Hurlburt
Against the backdrop of security worries and political division, Covid-19 precautions, and a stunning set of performing artists, it was easy to pass over President Biden’s inaugural address. Biden - who has been underestimated before over his long career - rolled out no new policy approaches to...
Next
Europe / World
Iran - US: High Tensions Incoming
ARTICLES | 14 January 2021 | Michel Duclos
On January 4, Iran sent a strong signal to the international community by announcing the resumption of its efforts to enrich uranium at 20%, thus going further in its transgression of the Joint Comprehensive Plan Of Action (JCPOA) of 2015. What does this decision signify? What can we expect...
Next
SIGN UP FOR OUR NEWSLETTER
for a handpicked selection of analyses each week Yes please
Dossier |
Next
Publication -
Next
...
Next
Séminaire réservé exclusivement
à nos entreprises adhérentes
Restricted to
member companies
Next