Preventing a Euro Crisis on Top of the Coronavirus Ordeal 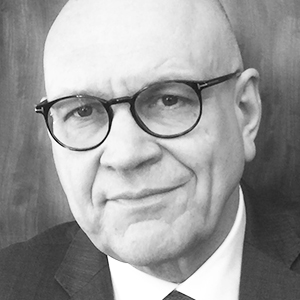 Visiting Professor at the LSE

The Covid-19 pandemic is sweeping around the globe. In most countries  governments had to impose lockdowns to allow healthcare infrastructures to cope with the disease and save lives, albeit  with dire economic consequences. It is too early to accurately evaluate the full economic impact of such policies, although estimates made by economists from private and public institutions suggest that the GDP of the euro area is likely to be about 10% lower this year than it would have been otherwise. At best, a gradual but significant recovery will follow, with downside risks depending on how effective confinement exit strategies are, and how resilient the supply side of economies has been during the lockdown.

Budget deficits will skyrocket this year and the following

Yet, whatever the shape of the recovery, a large hole in public finances is unavoidable. On our rough estimates, the increase of public debt in the euro area taken as a single entity is likely to lie between 10% and 35% of GDP by the end of 2023, i.e. between €1.2Tn and €4.2Tn, depending on the duration and depth of the recession and the recovery path. Most of the increase will come from automatic stabilisers such as lower tax receipts or higher expenditure on unemployment benefits, and discretionary spending to improve the efficiency and the resilience of healthcare systems. Not all euro area members will be equal since some of them will experience deeper or softer downturns. It will depend on the duration of lockdowns and their degree of restriction, and thus the overall intensity of the shock. It will also crucially hinge on their public finance starting positions, with gross public debts spanning from 49% of GDP for the Netherlands to 135% of GDP for Italy.

On our rough estimates, the increase of public debt in the euro area taken as a single entity is likely to lie between 10% and 35% of GDP by the end of 2023.

Therefore, two issues must be addressed: how the public finance gap should be funded ― in plain words, who is going to pay ― and how to prevent a confidence crisis about the integrity of the euro area. The latter issue had been addressed by the European Central Bank in the past, by means of the Outright Monetary Transactions (OMTs). It is a deterrent monetary policy tool designed during the euro crisis, which surrogates the missing lender-of-last-resort function of the central bank. It is an alive-and-well bazooka, which will be used if necessary. Markets have noticed.

Who is going to pay? Four solutions, in theory at least

Regarding who is going to pay, economics Nobel-prize winner Jean Tirole has well summarised the four options we have:

Neither default nor tax increases are acceptable

Option 1 should be firmly rejected since it would only add insult to injury. The long-term default stigma borne by any member of the euro area would also wreak havoc on the banking system and the economy of the whole euro area.

Option 2 would imply a very unwelcome fiscal tightening if implemented during the recession and should thus be rejected as well. Economists Camille Landais, Emmanuel Saez and Gabriel Zucman, have recently proposed raising  a progressive wealth tax1 at the EU level and targeting the top 1% of the income distribution. Whatever the merits this idea may have to reduce wealth inequalities, it looks more like a way of implementing a policy agenda than a practical solution. Income tax policies are decided by national parliaments, not by the EU, following the time-honoured principle "no taxation without representation", or at least this has been the case so far. Taxing high-income earners must be a decision taken by the people at election time and may not be introduced as a technical solution to alleviate the Covid-19 crisis.

By elimination, this leaves us with options 3 and 4.

Monetary financing is a given … but not forever

Monetary financing is already in action de facto, via the ECB’s €750bn Pandemic Emergency Purchase Programme (PEEP). The ECB has lifted previous restrictions, such as a 33% limit for any bond to operate with maximum flexibility and indicated that the program would be beefed up if necessary. On top of previous schemes, it gives the ECB a firing power of almost €1.1Tn. On our estimate, the aggregate budget deficit of euro area members is likely to increase by order of magnitude comparable to this new firing power. In practical terms, the ECB has the means to buy sovereign bonds issued by the Member States as necessary to keep long-term interest rates low enough to avoid harming real economies, for some time. How much time?It must be noted that the ECB and the Bank of Japan (BoJ), which holds half of the stock of Japanese government bonds are very different animals. While the BoJ (or the Federal Reserve System for that matter) is part of the Japanese government, the ECB is jointly owned by all euro area Member States, which sets some limits, blurred as they may be, to its actions.

True, one should bear in mind that central bankers keep surprising markets by their creativity: who would have thought back in 2005, that the ECB would expand its balance sheets from €1Tn back then to €5Tn today? Yet, one must acknowledge that the ECB cannot monetise governments’ debts ad libitum without bumping into serious political hurdles, from within as well as from some public opinions.

Who would have thought back in 2005, that the ECB would expand its balance sheets from €1Tn back then to €5Tn today?

So long as we are in the eye of the Covid-19 storm, the ECB will not face serious obstacles to implement its purchase programme. Yet, even once the crisis is over, budget deficits will continue to loom large, and the ECB will not be necessarily able to keep buying government bonds. For instance, if inflation were to rise above 2% for some time, it would be difficult to justify such purchases for strict monetary purposes. Developing mutualisation tools would also be a way to bring monetary policy back to its original function, rebalancing the policy mix away from it without automatically resorting to fiscal transfers across the Member States. If de facto monetary financing is a good solution for the short to medium term only, over the long run some form of mutualisation, combined with centralised fiscal capacity and a safe asset as macroeconomic stabilisation tools, would be required.

As European leaders prepare for the all-important decisions of the next summit, it is important to spell out what they should respond to and how the different tools could be helpful. The approach should be a three-pronged strategy to 1/ avoid a financial crisis, 2/ limit the economic damage, 3/ support the recovery of the economy after the shock.

Primum vivere deinde philosophari, i.e. first the Eurozone and individual countries need to survive, and then we can discuss future strategies. This is to say that first and foremost, Eurozone policymakers need to avoid a repeat of the 2010-2011 government debt crisis. Some countries have entered the crisis with high debt levels and some others not, but it is in the interest of everyone to avoid financial distress. For that, Italy and other peripheral countries would have to ask an Enhanced Conditions Credit Line (ECCL) by the ESM, which currently has €410bn of resources that could be used to support countries. There is an understandable reluctance by Italy and others to go for conditionality when the nature of the shock is beyond the control of any government.

Therefore, the stigma should be dwarfed by multiple requests to these lines of credit and by a watered-down conditionality, mostly linked to proper temporary spending related to the COVID-19 crisis. The credit lines may not even be used, but they would pave the way for the ECB to independently decide to activate the OMT. While current firing power is massive, it is for now limited to year-end and the amount to €1.1Tn.

The approach should be a three-pronged strategy to 1/ avoid a financial crisis, 2/ limit the economic damage, 3/ support the recovery of the economy after the shock.

It may seem a semantic difference, but it is crucial in financial markets. If market rumours are correct, the ECB may have already used between 1/20 and 1/10 of the overall amount to counteract selling pressure in the market over the past few days. Should the ECB make more explicit that it would intervene unlimitedly, market pressure would abate. This clearly shows how crucial OMT is to keep the spreads in check and prevent financial turmoil that would otherwise reignite the banks-sovereign doom loop in the periphery.

The second stream of work in all countries is to expand the capacity of national automatic stabilisers by means of some European funds, such as those proposed to finance unemployment schemes, or simply to facilitate government spending to safeguard individuals and companies from the current sudden drop in demand and dysfunctionality in production pipelines. More European money, under the form of cheap loans to countries (not transfers) would lighten the burden of adjustment for the most vulnerable countries, while also allowing the whole of the Eurozone to be in a better position to avoid substantial damage to the supply side of the economy, i.e. the future potential for growth. Partial and targeted mutualisation can be envisaged through various instruments already available, i.e. the European Stability Mechanism (ESM), the European Investment Bank (EIB), and the European budget (the Multiannual Financial Framework) without material changes in the Treaties and the European governance framework. This does not rule out "solidarity" in exceptional circumstances, but it would be left to the discretion of the Council and would not involve a transfer of sovereignty.

Finally, there is a need for deep thinking about the future, and what would be necessary to allow the euro area economy to recover quickly and enhance its potential growth. This would most likely include a major investment plan supported by public institutions, to facilitate the recovery in demand but also to help the restructuring of businesses.

Crisis means change and thus opportunities. The euro area needs to move to the next stage of economic and political integration, not under the pressure of an emergency but with the time necessary for a fully democratic process.

See also
Europe / World | Coronavirus
When statisticians set the record straight, we fall into step
ARTICLES | 30 March 2020 | Eric Chaney
By publishing on March 26, 2020 in the midst of the Covid-19 epidemic, an economic assessment based on an instantaneous estimate of the economic cost of confinement in France, the French National Institute of Statistics and Economic Studies (INSEE) sets the record straight: the value added...
Next
Europe / World | Coronavirus
Is COVID-19 a Geopolitical Game-Changer?
ARTICLES | 19 March 2020 | Michel Duclos
The huge Covid-19 storm is undoubtedly only still in its infancy. It has not yet really reached the Global South, for example, or the innumerable pockets of abject misery on the planet in Bangladesh, Yemen, South Sudan, refugee camps in Pakistan or India, Idlib, and so on. The full economic,...
Next
SIGN UP FOR OUR NEWSLETTER
for a handpicked selection of analyses each week Yes please
Dossier |
Next
Publication -
Next
Économie
...
Next
Séminaire réservé exclusivement
à nos entreprises adhérentes
Restricted to
member companies
Next