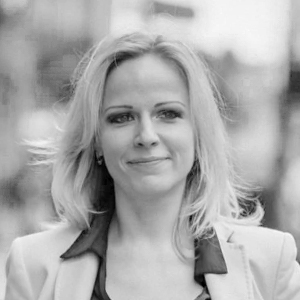 Founder and Head of R.Politik

The Russian President took everyone aback on January 15th during his address to the nation, as he announced a wide-ranging Constitutional reform, before receiving the resignation of his Prime minister. This announcement triggered worldwide speculation about his willingness to extend his grip on the country, even after he leaves office. What do the changes to the Constitution proposed by President Putin imply for Russia? For Europe? How is the Russian population responding? Tatiana Stanovaya, Founder and Head of R. Politik and Nonresident Scholar at the Carnegie Moscow Center, answers our questions.

What changes does President Putin propose to make to the Constitution? What do they imply for Russia ?

The most important change is to be found in the strengthening of the presidency, leading it to become a much stronger institution than it used to be. The President will receive the right to demand the Federation Council to dismiss Supreme Court and Constitutional Court judges for misconduct. This means that the judiciary will become less independent, and even more vulnerable to political influence. Another important amendment is that the President will be able to override Parliament’s veto over legislation. At the moment, the President can veto any law, but the veto becomes void if the law is approved by at least two-thirds of the Federation Council and the State Duma. After the Constitutional reform, however, the President will be able to require the Constitutional Court to examine laws in order to ensure they do not violate the Constitution. Last but not least, depending on the Court’s decision, some laws may be rejected at the end of the process.

The Federation Council obtains some not very prominent prerogatives but also loses some. For example, the President will be obliged to consult with the Federation Council before appointing the law enforcement agencies’ heads. However, the upper chamber will not be able to decline the President’s choice. Furthermore, the chamber loses the right to confirm the general prosecutor. Currently, the President cannot appoint him without the Federation Council’s agreement. After the reform, he will just have to hold "consultations", which makes the general prosecutor office more dependent from the Kremlin. One of the most important constitutional changes however concerns Judiciary. The courts will become more dependent and vulnerable as the President will be able to "impeach" the Constitutional and Supreme judges for misconduct.

The courts will become more dependent and vulnerable as the President will be able to "impeach" the Constitutional and Supreme judges for misconduct.

The Kremlin is in a hurry to enact the Constitutional reform as the law is to be signed before 1st May according to some sources close to the Kremlin. Before President Putin signs it, Russians will "vote" for it through some kind of advisory referendum, or a "poll", that the authorities are planning to organize at the end of April. Vladimir Putin is willing to legitimize the reforms but wanted to avoid legal referendum as it could mobilize opposition and make current amendments more questionable.

How has Russian society responded to these changes?

Russian society remains mostly indifferent. On the one hand, a tremendous majority of people supports all the social initiatives aimed at improving their living standards that are part of Vladimir Putin’s proposed law draft. But on the other hand, a large part of the population is skeptical of his Constitutional reform in general. For example, 47% of Russians consider it as a way for Vladimir Putin to remain in power, according to a poll conducted by the Levada Center. Indeed, it seems that he is going to head the State Council – an advisory body that will obtain the constitutional status. Even if he still has to choose in this case a successor, it is hard to believe that President Putin will actually leave.

Many Russians are wondering why the reform is going so fast and still do not understand why all these changes are proposed. The reform has not been widely discussed since the "working group" formed by the Kremlin consisted of pro-Putin celebrities that are obviously biased and conservative. Moreover, these people are not professional and virtually deprived of the right to question Vladimir Putin’s proposals.

47% of Russians consider it as a way for Vladimir Putin to remain in power.

The opposition finds itself in a difficult position, as many of its representatives have been criticizing the current Constitution since its establishment in 1993. It is very tricky for them to protect a Constitution that they do not consider legitimate. It is moreover impossible for them to denounce the social components of the reform, that are essential to the majority of Russians. Indeed, the draft law contains some measures that could truly improve their well-being: minimal wages to be raised so that they could not be lower than the minimum subsistence level, pensions to be indexed to the inflation rate. Those are key points for the population, especially since the 2018 pension reform left them very bitter. They felt betrayed by the Kremlin and President Putin’s popularity ratings decreased as a result.

Thus, mobilizing people for protests is a big challenge for opposition leaders. We are expecting some rallies in the coming weeks – one against these reforms and one in memory of Boris Nemtsov, killed in the center of Moscow in 2015. Vladimir Putin’s most famous liberal opponent, Alexey Navalny, has condemned the reform, but mostly the way it was discussed. The procedure that President Putin initiated is highly dubious and raises issues about the legitimacy of amendments. For example, according to 1998 Federal Constitutional, every amendment should have been submitted separately and not as a single law, as Putin did. Another problem lies in the fact that the reform is too situational, conservative-minded and does not consider potential economic degradation which may make the implementation of social clauses much more difficult.

What implications do these changes have on Russia’s relationship with Europe?

There is no direct link between this Constitutional reform and Europe.

However, one of Vladimir Putin’s propositions implies that if an international organisation decides something that is contrary to the Constitution, it cannot be applied. However, a similar law already passed a few years ago and is effective. President Putin now wants to anchor it in the Constitution. This is mainly aimed at challenging the European Court of Human Rights. For now, the Kremlin insists that this right has to be used exceptionally. But as the amendment creates more flexibility to ignore international decisions in general, it may be used more widely in the future, leading the regime to be more authoritarian.

The only way for Vladimir Putin to secure the future is to make sure his successor remains loyal to him.

As far as relations between Russia and Europe are concerned, the burning issue is the following: who will become President after Putin leaves in 2024? His successor could be less conservative and less ideological, which could open a new window for a reset of relations with Western Europe. But at the moment, it is too early to tell who it could be; only Vladimir Putin knows.

What we can say is that the future President, formally, will have all the leverages to conduct his policy independently, according to the Constitution. Even if Vladimir Putin heads the State Council, this body is to be formed by and depend on the President. The only way for Vladimir Putin to secure the future is to make sure his successor remains loyal to him, and perpetuates his policy. Nevertheless, Vladimir Putin will retain three political leverages to exert influence:

However, one should remember that, whoever becomes the President of Russia, time will do its work. The new President will pursue his own ambitions, will work with his own team and organize his agenda as he wishes. He will take distance from Putin. It is inevitable. These leverages, though strong, are political, not constitutional. In other words, if one day, a conflict between Vladimir Putin and his successor arose, the newly elected president’s voice would prevail.

See also
Europe / World
After Munich, a Macron doctrine on strategic affairs
BLOG | 20 February 2020 | Michel Duclos
Emmanuel Macron's speech at the Munich Security Conference on February 15 brought to an end, at least provisionally, a remarkable "strategic" sequence. Started with his "pivot to Russia"  this summer, it continued with The Economist interview on NATO being "brain dead", followed by the...
Next
Europe / World
Will NATO Die Aged 70?
BLOG | 5 February 2020 | Sławomir Dębski | Liana Fix | Peter Rough
On December 3rd and 4th, 2019, London hosted NATO's 70th anniversary commemoration. Yet, participants were not in a celebratory mood. The meeting between NATO Heads of State took place in an atmosphere of great political tension as President Macron had declared a few weeks earlier that we were...
Next