Post-Election US: The Pandemic, the Economy, and Funding 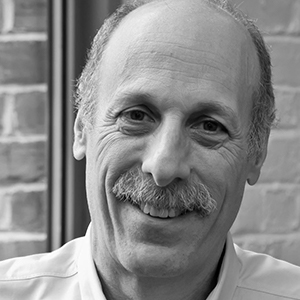 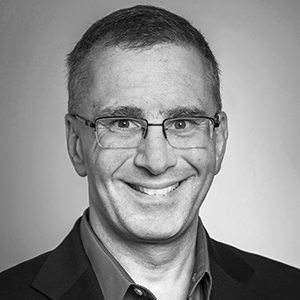 Ford Professor of Economics at MIT

In light of Joe Biden's victory and the electoral context in the US, we asked two experts of the American healthcare system, Richard G. Frank and Jonathan Gruber, to give us an insight into the health and economic impact of the crisis on the federal and local healthcare systems, as well as the challenges that these present for the new president.

A devastating impact on the U.S. economy

The Covid-19 pandemic has had a devastating impact on the US economy. Since early March, the US economy has lost 8,717,000 jobs. The unemployment rate peaked at 14.7%, the highest since the Great Depression, and remains at 6.9%, the highest level since November, 2013.

Part of the reason for the economic slowdown was decisions by state and local governments to impose lockdowns or other restrictions on economic activity. But this does not seem to be the main reason. For example, economic activity declined precipitously once the spread of Covid-19 became clear in early March, even though shutdowns didn’t start until the end of the month.

The economic devastation would have been much worse without the massive CARES legislation that was passed on March 27. This $2 trillion bill injected federal support throughout our economy. This included checks to households, a large bonus to the unemployment insurance payments on which unemployed workers survived, loans to small businesses that were forgivable if these firms did not lay off their workers, and an expansion in credit for larger firms. It is difficult to assess the size of the benefit to the US economy from this intervention, but estimates suggest that the positive impacts were substantial.

This is very worrisome, as the support of the federal government for the economy has not been extended. The pain of this cutoff in Federal support was not felt strongly in the second half of this year, since many Americans had saved some of the benefits of the first round. Nevertheless, without additional federal support the economy may well decline further.

The effect on the health care system has been particularly significant – and quite heterogeneous. For some providers, there has been an enormous rise in business from new Covid-19 patients. Indeed, hospital intensive care units were close to overcrowding during the initial surge of the virus and find themselves at their limits again this fall. At the same time, there was a massive decline in the demand for most health services because individuals avoided elective care out of concern about exposure to Covid-19. This stresses the finances of hospitals since the profitability of elective services is much higher. Both hospitals and physicians saw a net decline in business of 50% or more in the early months of the virus.

There was a massive decline in the demand for most health services because individuals avoided elective care out of concern about exposure to Covid-19. This stresses the finances of hospitals since the profitability of elective services is much higher.

Hospitals have largely bounced back to a pre-Covid-19 baselines, but they face uncertainty this coming winter about the extent to which elective health care will decline again. In the meantime, many physicians have retired or otherwise exited patient care. A Physicians Foundation survey of 3,500 doctors in mid-July found that "In addition to the eight percent of physicians who indicated they had closed their practices within the previous four months, four percent of physicians surveyed said they plan to close their practices within the next 12 months." If elective care falls again, there could be another wave of exits.

Nursing homes were epicenters of death for Covid-19, with almost 68,000 virus-related deaths occurring in those facilities. Nursing homes faced "the perfect storm" for the spread of Covid-19: physically frail and immobile patients who are in constant contact with staff who are going into and out of the community, where they may be exposed to Covid-19 on a daily basis. This meant that once staff brought the virus into a home, it spread rapidly, and with a high death rate. In theory, nursing homes in the US are better prepared for the next wave of infections, but it is too early to tell how this will be reflected in the excess mortality rates they have faced.

The CARES Act also provided significant funds in the form of a "provider relief fund" that was provided to hospitals, physicians and nursing homes. It is unclear how well this offset the financial shortfall faced by these institutions, but it clearly helped. If there is another wave of reduced elective care this winter, more such would be important to ensure continued operation of some of these organizations.

State and local governments play key roles for both the economy as a whole, and for the health care sector. Sub-national governments finance much of the provision of care in the US through public hospitals and clinics. Therefore, when those providers face shortfalls due to declining elective care, there will be pressure on the public sector to make up the difference. One of the largest budget items for many states is the program that pays for the health care of many low income and disabled people, Medicaid. Medicaid financing is shared by the states’ and federal governments. While Medicaid spending per patient has declined in the near term, due to reduced care, states face rapidly rising enrollment in the Medicaid program as jobs disappear, offsetting the lower per-capita costs.

Accompanying the expanding demand for state and local spending on health and human services, their revenues are declining dramatically. State budgets depend on taxes on individual incomes, which are declining, as well as sales tax revenues, which are falling as consumers shop less overall, and in particular shop more online, because many online purchases are not subject to sales tax. Local governments also depend on sales taxes, but more so on property taxes. Property values have gone up in some areas and down in others, leading to a substantial heterogeneity in local revenue needs.

Unlike the federal government, sub-national governments are required to balance their budgets, so they can’t just borrow their way out of this crisis. What is clearly needed is some form of fund transfers from the federal government, which can borrow during this crisis and repay the debts as the economy grows. The type and degree of such transfers is at the center of the current impasse in enacting an additional economic relief package in the US.

What is needed is some form of fund transfers from the federal government, which can borrow during this crisis and repay the debts as the economy grows.

Our record on addressing the pandemic has been mixed at best. On the one hand, a lack of federal leadership on public health measures such as mask wearing, combined with active hostility to such protective measures by some local and national politicians, has caused thousands of unnecessary deaths and among the highest death rates in the world. While there was an effective initial fiscal response through the CARES Act, Congress and the Administration were subsequently unable to provide additional needed fiscal relief. Poll results in the US indicate that the disorganized and largely ineffective Covid-19 response by the Trump administration was one important factor that led to former Vice President Biden’s electoral victory in the recent Presidential election.

On the other hand, the Trump administration successfully mobilized resources to rapidly develop vaccines through Operation Warp Speed. This ambitious project featured both "push" incentives in the form of publicly financed R&D on vaccines and "pull" incentives in the form of guaranteed purchases of vaccines once developed. The result has been an exceptionally fast development of apparently effective vaccines.

While a number of these steps can be taken by the administration under existing authorities and programs, some will require cooperation from Congress. Congress demonstrated the ability to rise to the demand of the moment when it enacted the CARES Act earlier this year. Yet the current impasse is putting families and the economy at risk of painful health and economic outcomes. The hope is that with the elections over and the public health and economic situation deteriorating, a new President Biden will be able to work with the Congress to enact a set of responses that will meet these formidable challenges.

See also
Europe / World | Coronavirus
Why Does Foresight Matter in a Time of Crisis?
Three Questions to Florence Gaub
INTERVIEW | 17 November 2020 | Florence Gaub
At a time when the future appears increasingly uncertain, reflection and evaluation around public policy is increasingly relying on foresight, a method of analysis that seeks not to forecast, but to anticipate the future in order to prepare for it. In France, the re-establishment of the High...
Next
Europe / World | Coronavirus
The Long Night: America’s Status Quo Election
BLOG | 5 November 2020 | Jeremy Adelman
Americans often forget that their history is pockmarked with messy elections. So, when things are sloppy and uncertain, people get alarmed. Of late, however, the country has become more polarized. Nail-biting elections have raised fears of constitutional crisis and violence, just the kind of...
Next
Europe / World | Coronavirus
Round Two of Covid-19: the UK’s Strategy Against Further Lockdowns
Three questions to Eva Thorne
INTERVIEW | 18 November 2020 | Eva Thorne
The Covid-19 crisis management of European countries reveals their structural weaknesses and strengths. It unveils not only the degree of robustness of their health system, but also the effectiveness of their digital system, the resilience of their emergency management system, the level of public...
Next
SIGN UP FOR OUR NEWSLETTER
for a handpicked selection of analyses each week Yes please
Dossier |
Next
Publication -
Next
Europe / World | Coronavirus
...
Next
Séminaire réservé exclusivement
à nos entreprises adhérentes
Restricted to
member companies
Next