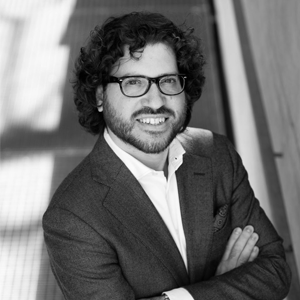 After 11 days of conflict, and more than 250 deaths, a ceasefire was implemented between Israel and Hamas on May 21. The violence that took place within this timeframe makes the confrontation the most tragic and critical in almost a decade. We asked three questions to Alaa Tartir, researcher and academic coordinator at the Graduate Institute of International and Development Studies, in an attempt to understand the lessons of recent events, for Palestinians, for the region, and for the international community.

Following the recent escalation across Palestine-Israel, are there any prospects of positive development for the Palestinians to build on?

It is a difficult task to explore avenues for hope amid the escalation. Yet, the latest round of confrontations in Palestine-Israel highlighted that a new Palestinian generation is leading collective actions that aim to reset the parameters and the framing of the so-called Palestinian-Israeli conflict. This new generation wants to address the power imbalances between the colonized and the colonizer. They are doing so by anchoring their actions in a collective, inclusive, democratic, participatory leadership model that is lacking in Palestine’s current political regime. They are also building and solidifying their vision, strategies and program for the future. Although these processes are still unfolding and in-the-making, they offer an evolving new dynamic that could be transformed into a political opportunity if sustained, endorsed, and adopted by large segments of the Palestinian people.

More concretely, and as I argued in a recent article I wrote for PRIO, there are multiple prospects for hope. To begin with, the upcoming Palestine Economic Week following the May 18 general strike across Palestine is called and led by non-conventional political actors (new emerging youth-led groups). There has been a high level of commitment toward this call, accompanied by the launch of The Dignity and Hope Manifesto - a founding declaration of the new Palestinian generation attempting to build its internal powerbase and shake the fundamental pillars of the status quo.

This new generation is determined to address the causes of Palestinian fragmentation, and to unify both the political will and the means of struggle in the face of Israeli settler colonialism and Apartheid.

There is a powerful narrative emerging and featured on mainstream written and televised media by Palestinian analysts. The Palestinian society has also demonstrated the ability to mobilize across and over the so-called "Green Line", despite all the mechanisms of control and repression. Youth-led groups have emerged, such as the Generation for Democratic Renewal, and there has been firm resistances to shrink the Palestinian people to those isolated in the "Oslo framework prison". Last but not least, Palestinian women are taking on a leading role, by being at the forefront of all these ongoing efforts. These are all examples of new evolving dynamics to build on and engage in a process of positive future change.

Fundamentally, this new generation is determined to address the causes of Palestinian fragmentation, and to unify both the political will and the means of struggle in the face of Israeli settler colonialism and Apartheid. As The Dignity and Hope Manifesto argues "this uprising will take time. It is an uprising of consciousness that shakes off the grime of subservience and defeatism and raises generations on the principle of a single unified Palestine, one which rejects all those who attempt to deepen and perpetuate social and political divisions and prevent allegiances". Such a narrative provides key entry points for the Palestinians to reclaim their present and dictate their future, instead of leaving that to external actors or illegitimate leadership. This is crucial and essential to the process of nourishing hope and imagining a different and better future. "You have something in this world, so stand for it" the Palestinian writer and political leader Ghassan Kanafani, once said. The Palestinians in Gaza, Haifa, Al-Lydd, Jerusalem, and elsewhere are doing precisely this: standing up for justice, freedom, dignity, and self-determination as fundamental values.

What is your take on the regional dynamics, especially in relation to Egypt’s position as a broker and the Abraham Accords?

It is critical to recognize that the renewed Egyptian role, especially in terms of brokering the latest ceasefire between Israel and Hamas, does not represent a fundamental policy shift in how the Egyptian regime views Hamas. Engaging with Hamas in the aftermath of the recent escalation, negotiating a ceasefire deal, and a potential deal to free Palestinian prisoners from Israeli jails, does not represent in anyway a sudden change of heart. It is a political game par excellence. The Egyptian regime wishes to illustrate to the Biden administration that they can still handle the "Palestinian file", and that they are willing to follow US guidance in this regard. The US administration wanted to "sub-contract" the brokering of the latest ceasefire to a regional actor, and Egypt accepted the mission. The US instructed, and Egypt executed.

But beyond that, Egypt has also a vested interest in "containing" Hamas. The Gaza reconstruction card will be instrumentalized again, in an attempt to contain and silence Hamas by offering them economic and financial incentives. This US-Israeli-Egyptian short-sighted strategy is doomed to fail. Neither regional, nor global actors seem to be interested in learning from the mistakes they made over the past three decades when they decoupled economics and politics. Economic incentives - within the existing overall framework - will never buy political peace or even long-term stability. They will only deal with the symptoms of the issue, but not with the issue itself.

The Gaza reconstruction card will be instrumentalized again, in an attempt to contain and silence Hamas by offering them economic and financial incentives.

In relation to the so-called Abraham Accords, the recent cycle of confrontation challenged the fundamental fragilities of these Accords and exposed the intentions and strategies of the signatories. Those signatory parties were aligned and in harmony in the way they viewed the escalation; blaming the Palestinian side for "causing insecurity", "creating threats to stability", and "disrupting calm". This skewed understanding of reality could be explained through the common threads and features that these repressive security-driven regimes share. This certainly does not bode well for any form of meaningful peace. In contrast to this, the streets of the Arab world, including in places like Sudan and Morocco, witnessed demonstrations of solidarity with the Palestinians and their struggle. A "Palestinian momentum" offered a quick reality check that the Palestinian cause is neither dead nor forgotten, as many proponents of the so-called Abraham Accords wish to believe and argue.

What can we take away from the international response to the escalation, especially in relation to the US, UN, and EU?

They all did what they do best: The US continued its unconditional support to Israel, the UN issued statements of condemnation and called for calm, and the EU expressed concerns. They all failed, once again, to uphold international law and failed to hold Israel accountable for the continuous violation of that law. We witnessed the further erosion of the legitimacy of key global governance institutions, such as the UN Security Council, we observed the dysfunctional UN political bodies in action, and we experienced the complicit role of the EU and its key players, such as Germany, in subsidizing military occupation, sustaining colonialism, and normalizing apartheid.

We saw the US administration aiding and abetting Israel in the destruction of Gaza, and then rushing to announce their intention to rebuild it in an ultimate expression of unsurprising insolence, rudeness, and arrogance. We saw the UN condemn the miserable situation, but unable to do anything meaningful to ensure it won’t be repeated in the near future. The EU became an entrenched part of the problem and not part of the solution, starkly showing that no lessons have been learnt despite its decades-long intervention in Palestine-Israel. The UN and EU in particular, did not only fail the Palestinian people, but they betrayed the very principles they claim to represent and embody such as justice, freedom, equality, and dignity.

See also
Regions > Middle East & Africa
Will Upcoming Elections Bring Any Change to the Palestinian People?
Three questions to Dr. Alaa Tartir
INTERVIEW | 3 February 2021 | Dr. Alaa Tartir
Early January, Palestinian President Mahmoud Abbas issued a decree announcing parliamentary and presidential elections, making it the first Palestinian vote in 15 years. Scheduled to be held in May and July in the West Bank and Gaza strip, these elections appear as a strong signal to the...
Next
Regions > Middle East & Africa
Discord Around the Abraham Accords
Three questions to Dr. Alaa Tartir
INTERVIEW | 14 October 2020 | Dr. Alaa Tartir
Alliances have been shifting since Israel started signing a number of so-called peace accords with the United Arab Emirates and Bahrain this summer. Hailed as beacons of peace by the US, who brokered these meetings, the Abraham Accords bypass an important actor in the equation of peace in the...
Next
SIGN UP FOR OUR NEWSLETTER
for a handpicked selection of analyses each week Yes please
Series |
Next
Publication -
Next
...
Next
Séminaire réservé exclusivement
à nos entreprises adhérentes
Restricted to
member companies
Next