Nation-Building at Home: How Far Can Biden Go? 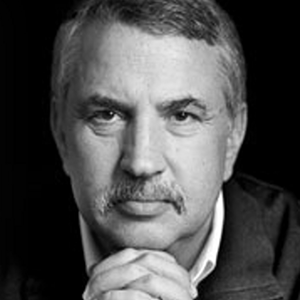 On Tuesday, January 12, Institut Montaigne hosted a webinar in which our Senior Fellow and expert of American politics, Soli Özel, spoke with The New York Times op-ed columnist Thomas L. Friedman, recipient of three Pulitzer Prizes, and author of seven best-selling books. The following article is a transcript of Soli Ozel’s questions to Thomas L. Friedman. They discussed prospects for the Democratic and Republican parties in light of the storming of Capitol Hill and Joe Biden’s imminent inauguration.

It is a tremendous opportunity to welcome you, Tom Friedman, just a week after the incidents which occurred in Washington. My first question will be: how can we explain that American democracy, a symbol of democracy for decades throughout the world, is so profoundly weakened?

We have been abusing this country for a long time. As a New York Times Wednesday columnist, for the last 40 years, I get to write the first column following every election. My 2016 Trump election column started with a quote from a dear friend of mine, Leslie, an immigrant: "You Americans kick around your country like it’s a football but it is not a football, it is a Fabergé egg. A Fabergé egg could break and fall". Following last week's event, we can now say: we almost broke it.

What happened at the Capitol last week is the result of multiple factors, and can first be traced back to a real diminishment of the American middle class. The American Dream is not the reality it was 30 years ago, when low-wage jobs Americans had higher living standards. This country today is not divided between the 1% and the rest, but between the 40%, who are doing well, and the 60% who are struggling.

What happened at the Capitol last week is the result of multiple factors, and can first be traced back to a real diminishment of the American middle class.

The United-States is also witnessing a gigantic socio-cultural transition of its demographic composition: 2020 is the first year where we witnessed more Afro-American, Asian-American and Latino children starting school than white children, suggesting the progressive evolution towards a majority minority country. We cannot marginalize those populations. In addition, these events would not have been possible without the booming rise and power of social media, whose business models are built upon division.

Finally, the American political landscape is suffering from the decomposition of political parties. There is a tiny liberal Republican group and tiny conservative Democratic group, and they’re both getting smaller. All those factors, as well as Donald Trump’s immoral character have pushed the system beyond its own limits.

This event also put forth the failure of the economic and media elites, why couldn’t the system respond to this gradual decay?

The only reason why the wealthy and powerful were not able to prevent this tragedy is because the system got paralyzed. Since Obama’s midterm, nothing has been done in America. We cannot point to a single new bridge under Trump’s administration, apart from a dividing wall.

In the light of last week's incident, American democracy has been deemed more weakened than ever. Was that a lasting display of fragility or is a bounce back still possible?

The main domestic agenda is bringing prosperity to the middle class, additionally Biden also wants to promote democracy throughout the world - why should we trust him after witnessing the domestic turmoil we all observed?

The US is clearly not in a position to lecture anybody, the reason we are where we are today is because democracy is built on two structural pillars: Truth and Trust. Why are we in that crisis? For two decades we have been monetizing and normalizing the attacks on those two pillars (like Facebook or Fox News).

That’s why right now, we in the US need to focus on the US. But we know that if we go South, we will all go South. What is happening in the US is dramatic, nonetheless we must not exaggerate: Joe Biden will be sworn in, because Republican officials, judges appointed by Republican Presidents including Trump, and state officials from the Republican party, all made Biden’s election possible.

Finally, the American political landscape is suffering from the decomposition of political parties.

Technology and the environment will be two main focuses of Biden’s mandate - firstly; is the Green Infrastructure project feasible ? Secondly, how is Biden going to handle the growing influence of GAFAs? We know that Facebook and Twitter recently banned Trump, but they still own too much power and are disrupting the democratic equilibrium.

The idea that one man controls Whatsapp, Facebook and Instagram is a tragedy. We won’t have a healthy democracy for as long as that’s the case for sure. As for the environment, when I coined the term Green New Deal, I advised strong incentivization of the market to produce and promote green-tech. I believe that we will observe government spending and the setting of market goals in that direction. Biden is surrounded by a fantastic environmental team: he appointed a terrific cabinet composed of moderate, diverse men and women.

What about the events that occurred in Georgia?

I think what happened in Georgia was dramatically overlooked by the simultaneous putsch in the Capitol. This success is partially linked to a huge African-American turnout, as well as the fact that many suburban Republicans decided to stay home, because they no longer wanted a gridlock. A lot of wisdom can be found in that election. Principled Republicans will still vote for Biden if they agree on his position.

See also
Europe / World
The Road to Take
ARTICLES | 2 February 2021 | Evren Balta | Soli Özel
In his classic 1964 article The Paranoid Style in American Politics, the great American historian Richard Hofstadter identified many movements in American history that were driven by paranoid hysteria. Common to all these movements was a deep distrust of elites, a reaction to developments that...
Next
Europe / World
In the Words of the 46th President of the United States
ARTICLES | 27 January 2021 | Heather Hurlburt
Against the backdrop of security worries and political division, Covid-19 precautions, and a stunning set of performing artists, it was easy to pass over President Biden’s inaugural address. Biden - who has been underestimated before over his long career - rolled out no new policy approaches to...
Next
SIGN UP FOR OUR NEWSLETTER
for a handpicked selection of analyses each week Yes please
Dossier |
Next
Publication -
Next
...
Next
Séminaire réservé exclusivement
à nos entreprises adhérentes
Restricted to
member companies
Next