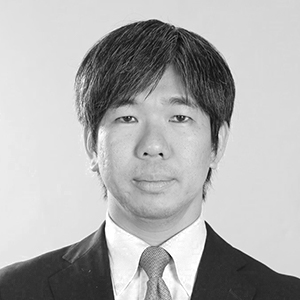 The longest-serving Prime Minister in the history of post-War Japan, Shinzo Abe, has left a mark on Japan’s foreign policy - from the emphasis on the defense of the liberal international order to the free and open Indo-Pacific. Institut Montaigne interviewed Professor Hosoya Yuichi from Keio University for his exclusive analysis of Prime Minister Abe’s legacy of change, now that it is confirmed that his former Cabinet Secretary Suga Yoshihide will succeed him.

PM Shinzō Abe has been particularly active on the foreign and security policy front. How would you summarize the change he has brought to Japan's position as an international actor?

Shinzō Abe is probably Japan’s most important Prime Minister since the end of the Cold War. He brought about significant change in three major foreign policy areas. First, he brought institutional change, by creating Japan's National Security Council in 2013. For many years, a serious challenge for Japanese foreign policy was to coordinate different voices because of interdepartmental rivalries between the Ministry of Defense, the Ministry of Economy, Trade and Industry (METI) and the Ministry of Foreign Affairs (MOFA), among others. It had been extremely difficult for any Prime Minister to achieve that. The National Security Council and the National Security Secretariat now have around 100 staff, and basic Japanese security policy directions are created within that Council. This institutional change enabled Prime Minister Abe to implement his radical foreign policy agenda without much bureaucratic constraint.

Second, under his leadership, Japan adopted a true national strategy - or a "grand strategy". We had four national defense program guidelines before Abe became Prime Minister in 2012, but these did not make up one coherent national security strategy. The adoption of a National Security Strategy in December 2013 enabled Japan to have a clear and long-term vision.

Third, Abe focused on the importance of values. Before him, Japan's foreign policy was extremely pragmatic and economic interests had been predominant for years. But Abe understood the importance of values. He prioritized cooperation with democratic countries - such as the UK, France, the US, India, or Australia. That is why he was able to collaborate with the US in creating the "Quad" in the Indo-Pacific region (the group of Australia, India, Japan and United States). Japan’s influence was strengthened through consolidating cooperation with like-minded democracies. Overall, promoting value-oriented diplomacy is exceptional in the history of Japan’s foreign policy.

For the first time, Japan presented an important vision of international order that was endorsed by important players such as the US, France, India, the UK.

These three aspects converge in the FOIP – Japan’s "Free and Open Indo-Pacific" vision. In the past, Japan would follow visions or strategies crafted by the US. For the first time, Japan presented an important vision of international order that was endorsed by important players such as the US, France, India, the UK. President Trump even declared that the US supported Japanese leadership on FOIP. In the absence of a vision by Donald Trump, Japan got to play a crucial role in shaping the international order. This is an important legacy for Abe.

Under Prime Minister Abe, Japan-China relations were characterized by an intense competition in many areas, from international influence to military security and technological leadership, but also by attempts to keep the trade and investment relationship from being completely undermined by politics. Is this balance stable? Is this a zero-sum game with some exceptions?

Interestingly, Abe will possibly be remembered as the Prime Minister who improved Japan's relations with China twice. In October 2006, during his first term as Prime Minister, Abe went to Beijing to meet with President Hu Jintao, before he visited Washington, D.C. His predecessor Koizumi Junichiro would visit the Yasukuni Shrine every year, which China was extremely angry about. Abe laid the foundation for a more stable relationship with China, which was reflected in the Joint Press Statement signed during this visit.

To create a stable and constructive Japan-China relationship, it was important for both sides to show some degree of restraint. The Prime Minister did not visit the Yasukuni Shrine during his first term, and China refrained from taking provocative action to change the status quo in the Senkaku Islands. After Abe’s first term, in May 2008, under Prime Minister Yasuo Fukuda and President Hu Jintao, the two governments reached a Joint Statement on Comprehensive Promotion of a "Mutually Beneficial Relationship Based on Common Strategic Interests".

When Abe became Prime Minister for the second time in 2012, it was not yet clear whether he would visit the Yasukuni shrine. As the Chinese began to intimidate and challenge the status quo in the Senkaku, Abe mentioned that the two sides should respect the "Mutually Beneficial Relationship Based on Common Strategic Interests", which implied mutual self-restraint. Nonetheless, China pursued its assertive maritime activities around the Senkaku. As a result, it was no longer necessary for Abe to keep to his side of the deal and he thus decided to visit the Yasukuni shrine a year after he became Prime Minister. It was a reminder to China that both sides should respect mutual restraint. After former Prime Minister Fukuda visited Beijing twice in 2014, the Chinese began to seek a way to improve bilateral relations. They trusted Fukuda, and they feared that Abe would revise Japan’s official position on historical issues. Chinese President Xi Jinping then met with Abe in Beijing in November 2014, and the two leaders agreed on the four points to improve the bilateral relationship. The Chinese government hence began to trust Abe.

Whether Sino-Japanese relations will remain stable in the coming years depends on whether China sees Japan as a declining power, or as powerful enough to continue to shape the regional order.

Whether Sino-Japanese relations will remain stable in the coming years depends on whether China sees Japan as a declining power, or as powerful enough to continue to shape the regional order. China has been quite ambivalent in that regard.

In 2016 and 2017, the Liberal Democratic Party (LDP) Secretary General Nikai Toshihiro, together with some advisors of the Prime Minister’s office began to seek a better Sino-Japanese relationship. However, they did not put much thought into military issues. They probably thought that as long as Japan expanded business relations, political relations would improve. This is not true.

It generated internal friction within the Prime Minister's office between those who supported a much tougher line towards China and the advocates of a softer and more friendlier approach. Appeasement won the battle, as Abe seemingly sided with that group. That is why in June 2017, the Prime Minister declared that Japan was willing to support the Belt and Road Initiative. Within the government, such a soft stance towards China made some people feel quite uneasy. Nonetheless, little by little, China became more friendly to Japan. From then on, I have not heard any significantly critical voice from Chinese leaders on historical issues. The Chinese government seems to have put those aside and placed the focus on trade and business.

Of course, when Abe declared his support for the BRI, he included several conditions. However, Chinese media actually did not include them in their coverage, which means that Chinese people and scholars are usually unaware that the Japanese government has articulated any conditions at all. What mattered for Xi Jinping was to announce that even Japan was now supporting the BRI. Under US pressure for allies not to endorse the Belt and Road Initiative, detaching Japan from the US was a win.

Prime Minister Abe’s first stalemate seems to be his Russia policy. He believed that he could take back two, or four, of the Kuril islands occupied by Russia, by creating a personal friendly relationship with President Putin, and by expanding economic cooperation. This should have created a strategic relationship, but it failed to do so. His second diplomatic stalemate was his China policy, as he relied heavily on Japan's friendly business relationship with China, while sidelining the advice of foreign and security policy experts. Some strategic thinkers have seriously worried about this approach.

At the same time, Prime Minister Abe did not lose strategic sight. He was always aware of the key importance of the US-Japan alliance, so he worked hard to be close to President Trump. He also fully understood the strategic importance of consolidating ties among liberal democracies. That is why he put significant energy in G7 diplomacy.

Has Prime Minister Abe set a strategic course for Japan in the next decade? Which areas of Japan's foreign policy do you expect to be the most subject to contentious domestic politics?

Abe's administration created the National Security Council in December 2013 and began to coordinate ministerial meetings through the Council. In 2014, Abe attended more than 40 of these meetings - nearly one per week. Hence, on almost every important strategic issue, Abe was able to listen to the voices of other ministers and advisors. In the more recent years, however, Abe relied more on advisors who came from the METI, as the key issues nowadays were technology, trade and 5G. Senior officials from METI joined the National Security Council, where an economic security branch was created.

Hence, on almost every important strategic issue, Abe was able to listen to the voices of other ministers and advisors.

I think that the next Prime Minister will be able to use the National Security Council and National Security Secretariat very effectively. Suga Yoshihide is not known to be strong in foreign and security policy, and he will have to rely more on the National Security Secretariat than Abe did towards the end of his term. Therefore, Suga’s foreign policy will probably be influenced by the Secretariat, and in that sense Japanese foreign policy will stay on the same course. Suga should be expected to continue the same policies, but perhaps with less self-confidence. He is not a strategic thinker like Abe. He is extremely pragmatic and flexible, and skilled at controlling bureaucrats, whom he listens to. If he chooses the right individuals in his team of advisors, his foreign policy will be more effective in striking a balance than Shinzo Abe's.

Suga has strong support from the LDP, but he has never won a general election. He needs to win one and increase the LDP’s seats in the lower house. Support for Suga is quite broad, and it comes from many factions. The challenge for him will thus be to coordinate the different interests of these factions, and he will have to listen to individual requests and demands coming from all of them. If he can win a general election, he will have much more power to control these factions. Until that day, Suga's foreign policy should be expected to be careful in maintaining the previous course without any radical changes. If he wins the general elections, he will have much stronger confidence to implement his own foreign policy.

See also
Regions > Asia | Topics > International affairs
Emitters in the Spotlight - Japan: Innovation First, Climate Next
Analysis | 25 August 2020 | Yasuko Kameyama
If we can turn our lifestyles around in order to stop the spread of a pandemic, can we also slow down our CO2 emissions? What do the world’s largest emitters, and oftentimes, largest economies, have to say about that? Even better, what should they be doing? After zooming in on the United...
Next
Regions > Asia | Topics > International affairs
Resilience, not Decoupling: Critical Supply Chains in China-Japan Relations
Analysis | 28 August 2020 | Mathieu Duchâtel
"The de-Sinicization of global supply chains (全球供应链去中国化)" – this is the term used in China to describe the policies (or the aspiration) in the United States, Europe and Japan to reduce reliance on Chinese manufacturing, as a lesson learned from the Covid-19 crisis. The idea...
Next
SIGN UP FOR OUR NEWSLETTER
for a handpicked selection of analyses each week Yes please
Series |
Next
Publication -
Next
Asie
...
Next
Séminaire réservé exclusivement
à nos entreprises adhérentes
Restricted to
member companies
Next