The Intervention Question: Lessons to Learn from Europe’s Military Presence in the Sahel 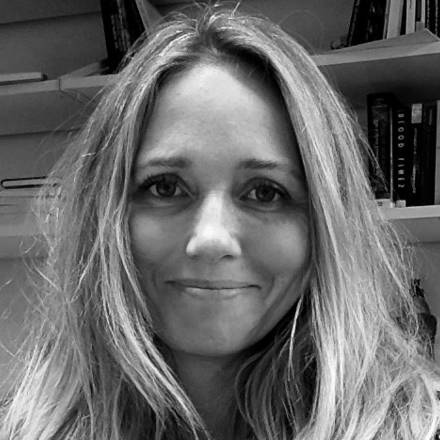 Director of the Africa Programme at the Egmont Institute for International Relations.

The Takuba Task Force, set up in March 2020, is a coalition of European special forces units with the aim of fighting against terrorism alongside the Malian army and the French Operation Barkhane, deployed since 2014. On February 17, French President Emmanuel Macron announced the withdrawal of French and European troops from Mali. Given this context, how can we assess European military operations in the Sahel? Nina Wilén, Director of the Africa Programme at the Egmont Institute for International Relations, and Associate Professor at the Institute of Development Policy at Antwerp University, shares her analysis.

How do you see the future of the European presence in the Sahel, given that the European command of the Takuba taskforce announced its withdrawal from Mali last February?

This remains a big question mark at the moment, particularly in light of the recent announcement by EUTM (EU Training Mission) that it will stop its activities in Mali. It seems likely that France will reinforce its presence in countries where it already has military bases and established collaboration, in particular Niger and the countries of the Gulf of Guinea.

France will reinforce its presence in countries where it already has military bases and established collaboration.

The latter have similarly experienced increased jihadist activities over the past months, so there is an incentive to anticipate and prevent an expansion of activities in this region. The presence of European states that already have bilateral military accords with states in the Sahel is also uncertain, given the occurrence of several coup d’états and the deteriorating security context, both in the Sahel and in Europe.

The European Takuba Task Force was deployed in the Sahel in 2020. What is your assessment of the European mission to support Malian forces in the fight against terrorism? How do you perceive the argument that Takuba may have been a laboratory for experimenting what European defense could look like?

It is difficult to evaluate Takuba’s operations or results, especially in terms of supporting and increasing the Malian forces’ capacities and capabilities. There is no doubt that there have been several successful joint operations against negative armed forces. Yet, these developments have been taking place in a consistently deteriorating political and security context where the Malian junta has become increasingly authoritarian, jihadist attacks have increased, and the Malian forces' professionalism and military ethos have clearly not improved, demonstrated by the latest events in Moura.

Takuba has been what I called a "pull-and-plug mission" in a previous publication, which means that it hinges completely on France being the framework nation, commanding, supporting and filling possible gaps to make it work. It has remained a French mission from the beginning until now, albeit with European member states' contributions. It is difficult to say whether this could serve as a predecessor for future similar operations. I think it depends on where and when such operations would take place.

It is difficult to evaluate Takuba’s operations or results, especially in terms of supporting and increasing the Malian forces’ capacities and capabilities.

However, Russia’s growing influence in Africa and Europe’s need to wean itself from Russian energy will increase the importance of Africa for Europe.

Given the increasing importance of Russia and its Wagner militia in the Sahel, what do you see as the future of international military operations in the region, such as the United Nations Multidimensional Integrated Stabilization Mission in Mali (MINUSMA)?

MINUSMA faces an increasingly difficult operating environment: the viability of the Algiers Accord is in severe doubt, and there has been little progress with its implementation, an obstacle that is also facing the current junta. Levels of violence are rising among both non-state armed actors, such as jihadist groups, and the Malian security forces, which are regularly accused of committing massacres, recently with Wagner Group mercenaries. In addition, the Malian junta has worked to decrease MINUSMA’s political and military space by introducing new conditionalities and rules, preventing it from working effectively. Within this context, continued collaboration with the FAMA (Malian armed forces) seems difficult to imagine. MINUSMA will also lose the logistical support and strategic reassurance that was provided by French forces. Given these circumstances, it seems unlikely that the Mission will be able to increase its forces, yet going home is also not a satisfiable option, given the current context of severe human rights abuses and MINUSMA’s mandate to protect civilians. One option would be to prioritize the Protection of Civilians (PoC) and try to revive the Algiers Agreement. This would allow for a political structure of transition to work from, but could raise new issues, given the security situation and the junta’s extensive transition period, which could very well end up being even longer.

See also
Europe / World
Financing Defense: A Testing Ground for Greater European Sovereignty
ARTICLES | 22 March 2022 | Nicolas Baverez
The past decade has witnessed a significant evolution of the European security environment. The emergence of new challenges represent opportunities to revive the Union’s strategic autonomy. In this three-part series, Financing Defense in the 21st Century, Nicolas Baverez examines the importance...
Next
Europe / World
Africa’s "Coup Contagion": What is Driving the Rise in Military Intervention?
Three questions to Hakeem Onapajo
INTERVIEW | 21 March 2022 | Hakeem Onapajo
Since 2019, a series of military coups have played out across West Africa and the Sahel, as part of an unprecedented "coup contagion". Mali, Niger, Guinea, Burkina Faso, and most recently, Guinea Bissau, have all experienced coup attempts in recent memory, many of which have been successful. While...
Next
SIGN UP FOR OUR NEWSLETTER
for a handpicked selection of analyses each week Yes please
Dossier |
Next
Publication -
Next
...
Next
Séminaire réservé exclusivement
à nos entreprises adhérentes
Restricted to
member companies
Next