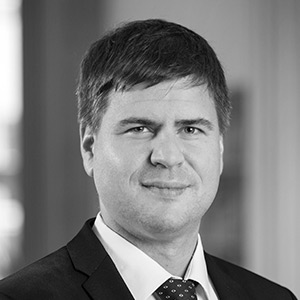 Institut Montaigne and the Mercator Institute for China Studies (MERICS) are co-hosting on April 11-12th a closed-doors Franco-German workshop on China policy, "Promoting a European China policy". Mathieu Duchâtel, Director of Institut Montaigne’s Asia Program, and Mikko Huotari, Deputy Director of MERICS, analyze and compare the current China policies of France and Germany. To what extent do France and Germany converge, what are the limits of this convergence on China policy, and can it be translated into a more united European approach?

What are the current priority issues on the China policy agenda of Germany and France? How have these priorities changed?

The Gaullist moment of France’s China policy is clearly far behind us. Today, there are two priorities in France’s China policy. First, a rebalance in economic ties with our largest source of trade deficit (29.2 billion EUR in 2018), and a country with which the lack of reciprocal market access and forced technology transfers are highly problematic from a French perspective. This goal will not be reached through bilateral commercial deals only, although they matter enormously for several strategic sectors of the French economy. What is needed is a rebalance at a systemic level and therefore, realistically, only the EU provides sufficient leverage. The game is partly about bargaining with China for greater market access and better protection of intellectual property rights, partly about internal change in Europe to build better protections against Chinese state capitalism and techno-nationalism.

Second priority, France needs Chinese cooperation to preserve the multilateral system of global governance, currently under great pressure on multiple fronts. China provides rhetorical support for multilateralism, but there is a deep-rooted reluctance on the Chinese side to move beyond Beijing’s existing commitments, for example on the reform of the World Trade Organization. The track record is not entirely negative though. France values the important contribution of China in facilitating the conclusion of the Paris agreement and the negotiation of the Joint Comprehensive Plan of Action (JCPOA) with Iran. But, there is currently a stalemate across a wide spectrum of issues on the multilateral agenda.

At the same time, France tends to see China as a problem rather than a solution when it comes to the future of the international order, leading to an upgrading of ties with other partners. France’s reluctance to give political endorsement to the Belt and Road Initiative, the regular French naval presence in the South China Sea, the emphasis on the Indo-Pacific narrative, and the development of defense relations with Australia, India and Japan should be seen in that light.

On the surface, there have been few changes in the priorities of Germany’s China policy during the past few years:

Faced with ambitious Chinese industrial policies and a lack of progress in economic reforms measured against the targets that the CCP has set for itself, policymakers in Berlin are rebalancing their assessment of opportunities and challenges.

What has changed quite dramatically, however, over the past three years, are basic assumptions about China’s domestic reform trajectory and international ambitions. There is a growing recognition that core features of the Chinese system, a dictatorial and repressive Leninist party system, massive state interventions in the economy and an unlevel playing field for foreign companies (and civil-society actors) are highly persistent if not resurgent. Faced with ambitious Chinese industrial policies and a lack of progress in economic reforms measured against the targets that the CCP has set for itself, policymakers in Berlin are rebalancing their assessment of opportunities and challenges.They are also focusing more on ways to build leverage for achieving goals such as greater market access as well as on finding new tools to deal with market distortions and security implications related to Chinese economic practices.

France and Germany speak a common language on China. The two countries have similar assessments of domestic governance trends under Xi Jinping and the same understanding of the highly geopolitical goal that underpins Chinese foreign policy – become a "global leader in terms of comprehensive national strength and international influence by 2050", as underlined by Xi during the 19th Party Congress.

The two countries work well within the EU framework to respond to some of the challenges posed by China’s competition. The conclusion earlier this year of an EU-wide investment screening mechanism is a concrete outcome of a joint Franco-German effort to create a political momentum in Europe for better regulation of incoming foreign investment, to avoid unwanted technology transfers, political influence or excessive leverage. This would have been unthinkable only three years ago.

But there are also several challenging areas where a Franco-German engine is almost entirely lacking. First, Europe has yet to come to terms with the emergence of China as a high-tech powerhouse and an innovative digital economy.

At the minimum, this needs a much more ambitious effort to support European research and development. Second, there is no common Franco-German response to the transformation of China into a more interventionist foreign policy actor, an actor for which military options are in the policy toolbox. And third, France and Germany are neither sufficiently ambitious, nor sufficiently European in how they approach systemic competition with China when it comes to influence in third countries, despite the fact that this is the long-term strategic game.

The two countries have similar assessments of domestic governance trends under Xi Jinping and the same understanding of the highly geopolitical goal.

Seen from Berlin, Germany and France have collaborated quite successfully on several critical policy issues in relation to China over the past few years. This includes coordination between Paris and Berlin (and Rome) on issues such as the "Market Economy Status" of China and ensuing reforms of the EU’s trade defense instruments as well as the recently formalized EU investment screening framework. Support by the German and French government was also essential for the more assertive and critical "repositioning" of the European Commission on China last month.

Limits of this convergence are quite obvious: The profiles of their respective economic relationship with China but also their global affectedness in relation to strategic issues remain different and policy priorities will diverge accordingly (for instance on arms control and Africa). Paris and Berlin will also have different preferences on whether a Berlin-conditioned empowerment of Brussels’ institutions or a French-German avantgarde should guide this European China policy as well as on the role of transatlantic coordination in this. Finally, Berlin and Paris simply have a long way to go in overcoming limitations to China policy coordination beyond their respective ministries of foreign affairs and, the less pronounced, economic affairs.

The French initiative sent a powerful signal of European unity to China. On the positive side, it ensured that Xi Jinping would be in direct interaction with a set of European priorities clearly articulated around the concept of reciprocity: the conclusion of a bilateral investment treaty as a means to rebalance the investment relationship, change in the dynamics of technology transfers between Europe and China, access to public procurement markets in China, the willingness to work together in infrastructure projects overseas but without lowering European environment and corporate social responsibility standards, a clear request to contribute more to the reduction of carbon emissions. It also underlined the EU message that China is now seen as a "systemic rival" in Europe. The term is a response to China’s active ideological and systemic competition with the two main features of the European model, market economy and liberal democracy. This ideological competition is striking when one looks at Xi Jinping’s speeches and to pretend that it does not exist is not an option – clarity of language is therefore a welcome development. However, there is a risk that the echo of this message will be short-lived and what has been a demonstration of strength will be interpreted as a sign of weakness if Germany does not reciprocate.

At a minimum, the invitation to Paris was successful in signaling that a European China policy requires extraordinary measures. In that regard, the invitation can be seen in conjunction with plans to do a full-fledged EU-27-member state meeting with China under the auspices of the German Council presidency in 2020. The joint joined-up approach in Paris also helped to convey a few critical messages to the Chinese counterparts:

It is less clear whether with the focus on multilateralism and a comparatively cooperative tone in public statements, the meeting was also meant to signal to Washington that the EU and China can and will work together, despite US push-back. More suspicious voices in Berlin would even argue that the invitation served to avoid the impression that Macron was mainly in for special deals with China and wanted to avoid spoiling the newly emerging European agenda. Most importantly, the meeting has created distrust in other member states that France and Germany might push for a new European China policy agenda that does primarily reflect their individual interests.