Five Lessons From the Dutch Elections 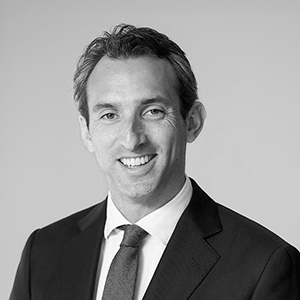 On March 17, the Dutch went to the polls to elect their new government. Incumbent Mark Rutte will remain Prime Minister but with 17 parties elected to the parliament, talks have begun to form a new coalition government. From the Hague, Dr Rem Korteweg, Senior Research Fellow and Head of Strategic Initiatives and Outreach at the Clingendael Institute explains the five lessons this election has taught us on the future of the Dutch political system and the Netherlands’ place in the EU.

Let’s start with the obvious. Prime Minister Mark Rutte’s VVD party won the election with 21.9% of the vote. His party now holds 34 seats out of 150. He will lead a fourth consecutive coalition government, making him the longest serving Dutch prime minister in modern history. After German chancellor Angela Merkel steps down later this year, Rutte will also be the longest-serving head of government in the European Council, aside from Viktor Orbán. The Dutch electorate was convinced by his pitch that he would be a safe pair of hands during the pandemic. And so a familiar face returns to EU Council summits.

As was the case before, four parties will be needed to form a majority. The new coalition government will likely resemble the previous one, with VVD, the D66 liberal-democrats and probably the Christian-Democrats forming its core. Who will be the fourth coalition partner remains uncertain: 17 parties were elected to parliament and each will be jockeying for position. Expect the coalition talks to take a considerable amount of time.

Dutch politics also appears to have shifted right. The Dutch Labour party PvdA was unable to recover from its electoral collapse in 2017. The Greens lost nearly half of their seats. The Socialist Party lost more than a third.

Back in 2010, these parties held 55 seats together - only 21 short to form a majority. Now, they have 25 seats combined. During the campaign, left-wing parties ruled out going into government unless it was with each other. But polls suggested it was very unlikely they would get a majority. This may have contributed to D66’s electoral success. Socially progressive, pro-European but politically centrist D66 attracted left-wing voters who wanted their vote to translate into governing power.

3. There will be tough EU debates in the Dutch Parliament

The electoral success of D66 means a boost to pro-EU politics in The Hague. In government, a strengthened D66 will promote a more pro-European tone of the Dutch government. They will be egged on by Volt, a pan-European party with a eurofederalist agenda, which became one of the largest newcomers in the new parliament.

But never before has the Eurosceptic Right been so strong either. Campaigning on an anti-Covid-19, anti-lockdown platform, pro-Nexit party Forum for Democracy quadrupled its number of seats. An offshoot of Forum for Democracy, JA21, enters parliament for the first time with 3 seats. Together, they more than offset Geert Wilders’ losses, though his PVV remains the third-largest party in parliament. In total, the Eurosceptic bloc won 18.5% of the votes, and 28 seats.

Strengthened pro-EU and anti-EU wings suggest an increasing polarisation of the Dutch relationship with the European Union.

4. Inside the Council of the EU, the tone will change but not the substance

Throughout his decade in power, Rutte has proven himself to be an astute political manager and a pragmatist, but not a man of big ideas. The new balance on EU issues remains uncertain. Despite their membership of the same European political family, VVD and D66 have very different positions on a number of EU issues, including migration, asylum, the euro, and on strengthening the EU law-making powers. Even if D66 gets the keys to the finance ministry - this position traditionally goes to the second largest coalition partner - they are likely to stick to the Dutch line on nextgenEU, the EU’s Covid-19 recovery plan, and on debt mutualisation. The Dutch will stay frugal, but perhaps now with a friendlier face.

The new balance on EU issues remains uncertain. Despite their membership of the same European political family, VVD and D66 have very different positions on a number of EU issues

Given his seniority in the European Council, and that France and Germany both face periods of political uncertainty about their leaders, the opportunity may arise for Rutte to play a more central role in EU affairs, for instance in helping to navigate a path for an economic recovery after Covid-19. But equally, and perhaps more likely, he could fall back on his instincts and pursue primarily a narrow agenda based on Dutch national interests.

D66 may insist that the new government has an EU affairs minister. But who would be the Dutch Clément Beaune? In all likelihood, it would need to be a close confidante of Prime Minister Rutte, given the European Council’s central role in EU decision-making. And because so many European issues are now Chefsache, Rutte will remain the face of the Netherlands in Brussels. Plus ça change.

5. On some issues, the Netherlands are more French than people think

On monetary-financial issues, the Dutch will continue to be hawks, potentially setting up a clash with Paris, Madrid and Rome. But in some areas France and the Netherlands are increasingly seeing eye-to-eye. The 2019 Franco-Dutch non-paper on trade and sustainability and their joint position on reducing the dominance of Big Tech platforms already pointed to closer Franco-Dutch alignment in the economic realm.

All the parties that are likely to join the next Dutch coalition government are also in favour of more robust EU policies to promote economic resilience. The economically-liberal VVD now wants to "protect the single market" by insisting on level playing field provisions in trade agreements, reshoring critical supply chains and blocking foreign investments if necessary. The recent Spanish-Dutch non-paper on strategic autonomy also spells out that the Netherlands wants to improve EU-wide investment screening, reduce EU dependencies by diversifying supply chains and address state aid imbalances.

Traditionally, the free-trading Dutch have been viewed as the EU’s staunchest advocates of liberal economic policies. But today, on these issues, the Netherlands is decidedly learning to speak French.

See also
Round Two of Covid-19: Keeping the Dutch Happy or Safe?
Three questions to Louise van Schaik
INTERVIEW | 1 December 2020 | Louise van Schaik
After having gone down the "herd immunity" and "intelligent lockdown" route in the spring, the Netherlands’ strategy to fight the virus and flatten out the second curve seemed to compromise its core values of individual liberties. Tighter lockdown, curfews, the shutdown of bars and...
Next
Central European Perspectives on the Future of Europe
Three questions to Magda Stumvoll
INTERVIEW | 3 February 2021 | Magda Stumvoll
The crises that have affected the European Union over the last ten years have put European ambition to the test. After the refugee crisis and Brexit, the European Union is now facing an unprecedented pandemic and the return of geopolitical tensions in its immediate neighbourhood. More than ever...
Next
SIGN UP FOR OUR NEWSLETTER
for a handpicked selection of analyses each week Yes please
Dossier |
Next
Publication -
Next
Union Européenne
...
Next
Séminaire réservé exclusivement
à nos entreprises adhérentes
Restricted to
member companies
Next