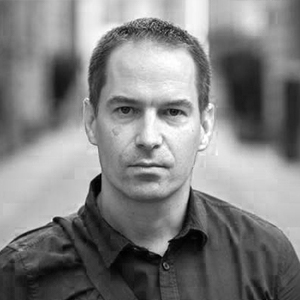 Last week, Hungary’s prime minister Viktor Orbán announced that he was pulling his rightwing Fidesz party out of the European People’s Party (EPP), the centre-right parliamentary grouping in the European Parliament. This decision came after the EPP voted to change membership rules to exclude parties, like Fidesz, which have been accused of weakening the judiciary and other freedoms. Orbán pulled his MEPs out of the political grouping before the EPP had a chance to expel them.

While a dramatic political send off may have been avoided, Orbán’s decision is likely to impact Hungary’s influence inside the EU - as well as Orbán’s.

For starters, Fidesz is likely to move towards the fringes of the European party landscape, which is something Orbán was keen to avoid. Orbán’s cynical vision of foreign policy - that is to say that only material interests determine place and influence in the EU - may have been a useful strategy to keep Fidesz in the EPP for the last ten years, but it no longer works today. The fact that German companies make profit in Hungary does not mean German members of the European Parliament’s will come to Fidesz’s rescue. Orbán clearly wanted Fidesz to stay inside the European People’s Party, but he outmanoeuvred himself.

One way to counter this loss of influence would be for Fidesz to form an alliance with the EPP, like the one the EPP had with the right-wing European Democrats in the 1990s. But it seems highly unlikely that the EPP would accept this so soon after Fidesz’s departure. Another option would see Fidesz join the eurosceptic European Conservatives and Reformists (ECR) (though this parliamentary grouping has become far less influential since British MEPs from the Conservative party left the group after Brexit). It might also decide to join the far-right Identity and Democracy Group (ID) - a parliamentary grouping with even more fringe parties. A fourth option would be to create a new group - but with 11 MEPs this is not so easy.

This loss of influence will be also felt outside the European Parliament.

This loss of influence will be also felt outside the European Parliament. Orbán will no longer be able to participate in the informal cooperation meetings of EPP-affiliated heads of state in the run up to European Council meetings. While these meetings are mostly informal, they carry political weight as they allow EU leaders from centre-right parties to exchange views and form coalitions.

Orbán will now sit in a different group to the CDU-CSU, the current senior coalition party in Germany. The relationship between CDU-CSU and Fidesz will therefore be more limited. Given that governmental parties are rarely represented in the ECR, and even less so in the ID, Fidesz’s access to the European mainstream will be much more limited than before.

It will also impact Orbán himself. The prime minister always positioned himself as a black sheep: the tough guy sitting at the good guys’ table. He will now be sitting at a table of the tough guys who have very little influence over EU policy-making.

The decision to leave the EPP will also transform Fidesz and the Hungarian government’s stance on the EU at home. We can expect an even more uninhibited anti-Brussels rhetoric, and an increasing obstructionist attitude toward migration-related and foreign policy issues in the European Council including towards Russia, China, Turkey and Israel. But obstructionism has its limits: Hungary knows that if it infuriates member states too much, two-thirds of the member states could punish it through the rule of law conditionality mechanism.

So far, Orbán was rather good at this balancing game. The question now is how it adapts to this new context. Will the Hungarian government overcome its frustration and siege mentality, and do efficient damage control, especially with a new President in the White House? Or will the Hungarian government deteriorate its relationships further with an increasingly arrogant nationalist stance? Currently, the latter seems to be more likely.

Will the Hungarian government overcome its frustration? Will the government deteriorate its relationships further?

Either way, there is one relationship Orbán cannot afford to lose: the one his country has with Germany. The Hungarian government is unlikely to privilege traditional diplomatic channels - instead, he will continue to speak to German companies and industry. The mutual economic interests with Germany remain and they create a strong bond.

Will this lead to a more Eurosceptic Hungarian public? Not necessarily. Despite EU-bashing for almost a decade, the Hungarian public is still very supportive of the EU. The prime minister also realises that as a net beneficiary country of EU funding, leaving the EU would result in economic disaster in Hungary.

The departure of Fidesz from the European People’s Party could lead to a more vocal and combative Hungary, but also, paradoxically, a less influential one. But fears over a possible Huxit are still, at this stage, overblown and exaggerated.

See also
Europe / World
A Crown for the King? How Did Viktor Orbán Turn COVID-19 Into a Political Weapon
BLOG | 31 March 2020 | Stefano Bottoni
During the afternoon of 30 March, 2020 the Hungarian Parliament passed the Coronavirus Act, also called the Enabling Act. This act grants Viktor Orbán’s government unprecedented emergency powers, as it allows the executive to rule by decree for an indefinite period of time. The Hungarian...
Next
Europe / World
Hungary, Last Stop Before Dictatorship?
BLOG | 25 January 2019 | Stefano Bottoni
What is currently happening in Hungary following Orbán government’s authoritarian reshaping of the political and cultural landscape? Could the anti-government demonstrations that started in December become a system-change movement? Historian and analyst Stefano Bottoni explains the roots and the...
Next
SIGN UP FOR OUR NEWSLETTER
for a handpicked selection of analyses each week Yes please
Dossier |
Next
Publication -
Next
Europe / World
...
Next
Séminaire réservé exclusivement
à nos entreprises adhérentes
Restricted to
member companies
Next