Europe Versus Coronavirus – Poland, Between Reactivity and Opportunism 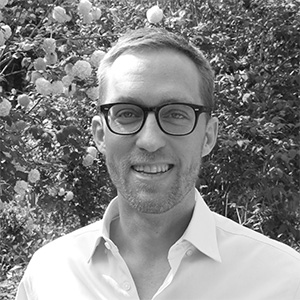 Historian, Lecturer at the University of Geneva
Key Points
1

Unlike most Western European countries, which saw the exponential spread of the Covid-19 virus in its first stage, Poland has so far experienced a linear progression of the epidemic.

Following the example of other Central European countries, the drastic containment measures taken by the Polish government upon the appearance of the first cases have shown themselves to be somewhat effective, making it possible to start easing restrictions as early as April 20.

However, the state of emergency and containment measures pose a threat to the already compromised rule of law and respect for fundamental freedoms in Poland.

The rise in diagnosed Covid-19 cases in Poland has followed a gentle slope, as in other Central European countries, and the population remains relatively unaffected by the virus. As of April 26, the country had 11,617 diagnosed cases, with 2,265 people recovered and 535 deaths.

Effective strategies to fight the epidemic

Despite these reservations, the Polish government's response to the Covid-19 crisis yielded very positive results overall. This is due to a combination of several factors.

First, the Polish authorities decided to react swiftly and introduce tough measures. The plan to prepare the country for the Covid-19 crisis was adopted by the government even before the first case appeared on March 2, 2020. Starting from March 11, when the country had 6 confirmed cases and no deaths, the government decided to close schools and universities, cultural institutions, and shopping malls and to ban gatherings of more than 50 people, including church gatherings. On March 20, when the country was officially declared in a state of "epidemic threat", the number of infected people per capita was lower in Poland than in 22 other EU countries: 425 cases in a population of 38 million. From March 25 (1,051 confirmed cases), the government decreed a widespread lockdown. Citizens were permitted to leave their homes for essential purposes alone such as shopping for food, going to work (most businesses continued to operate even if remote working was recommended) or taking a walk, provided they limited groups to a maximum of two people from different households and respected social distancing rules. Gatherings, including religious gatherings, were limited to five people. As a result of this measure, masses were suspended and instead broadcast online and on television. The number of people on public transport was limited to half the number of available seats.

On March 20, when the country was officially declared in a state of "epidemic threat", the number of infected people per capita was lower in Poland than in 22 other EU countries: 425 cases in a population of 38 million. From March 25 (1,051 confirmed cases), the government decreed a widespread lockdown.

Closing borders was the second strict measure aimed at containing the epidemic. Poland was one of the first European countries to use this measure, despite initial protests from the European Commission. From March 15, the country closed its borders to foreign nationals, following the example of Slovakia, the Czech Republic, Denmark, Lithuania, and Cyprus. Only Poles and foreigners with a residence permit would be able to enter Poland, and they would be subject to a mandatory 14-day quarantine. Non-compliance with the quarantine - which excludes all contact, even for food shopping - incurs a fine of PLN 30,000 (EUR 6,600) and up to one year in prison. Border closures worked to reduce international mobility and the influx of tourists to cities such as Warsaw, Prague, and Budapest, thereby avoiding clusters of cases. Nevertheless, this measure does not apply to the transport of goods, since implementing health checks for drivers proved to be a logistical nightmare. With the cooperation of the national airline LOT, the Polish government organized the repatriation of Poles stranded abroad. As a result, by the end of March, nearly one hundred thousand people ended up in quarantine.

Finally, in a broader sense, the cultural and behavioral specificities of the populations of Central European countries have also helped contain the spread of the virus. A significant proportion of the population had already started to drastically limit their movements even before the lockdown was established, having seen how the situation was developing in Western Europe. According to geolocation data from Google, the use of public transport has fallen by nearly 60%, and traveling to work has decreased by 40%. Wearing face masks became mandatory early on, and traditionally, there is more social distancing in Central Europe than in Western or Southern Europe. Additionally, the proportion of rural populations, which are usually less mobile and engage in fewer social interactions, is higher in these countries than in the west of the continent (40% in Poland compared to 22% in Germany, 19% in France and 16% in the United Kingdom).

This positive outcome is one of the main reasons why the population is very satisfied with the authorities' response to the crisis: on March 10, 52.5% of Poles considered the government to be handling it very well or rather well, while only 22.6% expressed negative opinions. At the end of March, the Minister of Health, Łukasz Szumowski, a cardiologist and professor of medicine, was the third most popular political figure, after President Andrzej Duda and Prime Minister Mateusz Morawiecki.

Covid-19 and the crisis in the hospital sector

The radicality of the measures adopted by the Polish government can be taken as a sign that it was quick to recognize the severity of the pandemic. At the same time, it is likely also an admission of the inability of state services to care for infected members of the population effectively. Indeed, Poland's health sector suffers from chronic underinvestment. In 2018, public and private health spending accounted for only 6.3% of the country's GDP, compared with 8.8% in Italy and 11.2% in Germany and France. The country has approximately 10,000 respirators overall and 4.85 intensive care beds per 1,000 inhabitants, which is more than France (3.09‰), but less than Belgium (4.98‰) and Germany (6.02‰). Low wages and poor working conditions, which have led to several mass strikes by hospital staff in recent years, have driven many doctors and nurses to emigrate to the UK, Germany, Switzerland, and Scandinavia. Given the staffing challenges this has caused over the past few years, many Polish hospitals have been forced to close entire departments. The lack of medical personnel and underinvestment in hospitals have proven to be a serious burden to the system during the coronavirus crisis. According to the Ministry of Health, nearly one-third of infections are caused by contact in a hospital or clinic, whether with other patients or medical staff.

The economic impact of the health crisis

The Covid-19 epidemic will have a considerable impact on the Polish economy. According to various scenarios, GDP growth is expected to vary between a rise of 1.7% and a decrease of 10.7%, and unemployment may rise to a rate of between 5.4% and 10.2%. It is likely that the Polish economy will not begin to recover from the crisis until 2021. Given that less than 30% of Poles have any savings and that a quarter of workers - one of the highest rates in the EU - are in flexible forms of employment (self-employed status, task-based or piecework contracts) and therefore not covered by unemployment insurance, the economic impact of the crisis could jeopardize the government's popularity.

The weakening of the rule of law

The Covid-19 crisis has ultimately proved to be an opportunity for the Polish government to try and force through some controversial laws and strengthen the position of Andrzej Duda, the outgoing president and candidate for re-election.

The emergency law that the government passed on March 2 in preparation for the Covid-19 crisis was very quickly characterized as repressive, giving the authorities arbitrary power without judicial overview. Also, some observers claimed that the law established a de facto 180-day state of emergency, even though the Polish constitution already stipulates the framework of a state of emergency (excluding elections) and limits its duration to 90 days.

On April 16, the Polish Parliament, dominated by the nationalist-conservative Law and Justice (PiS) party, re-examined the "Stop Abortion" bill. While the right to abortion is already highly restricted in Poland - it is allowed only when the continuance of the pregnancy endangers the life of the mother or in cases of incest, rape and severe fetal deformities - the bill, initiated by the Ordo Iuris Institute, an organization close to PiS, has proposed striking fetal deformities from the conditions allowing access to abortions. Given that this condition constitutes 95% of abortions performed in the country, such a change in the law would be tantamount to banning abortion entirely. Despite the ban on gatherings due to the pandemic, women's groups staged demonstrations near Parliament, forming a long line outside a grocery store and displaying banners and signs with their slogans. Due to the exceptional circumstances of the Covid-19 epidemic and the protests, MPs refused to vote on the proposal and referred it back to the committee until further notice. At the same time, Parliament referred to two other controversial bills back to committee. The first proposed to criminalize the promotion of underage sexual activity. According to its critics, its true aim is to ban sex education classes in schools. The other bill was aimed at blocking possible Jewish claims to property for which there are no living heirs in Poland after World War II.

Finally, Poles were due to elect their President on May 4 and 10, 2020. Because of the health crisis, Parliament initially considered postponing the vote. However, the lockdown measures have meant a shift in the campaign, from on the ground activities over to the media and the internet. As a result, outgoing President Andrzej Duda was able to largely dominate the media space, which is already largely controlled by the PiS, putting him in a position of strength. While the effective management of the coronavirus crisis has further strengthened his popularity, two factors are likely to have the opposite effect: the exit plan that went into force on April 20 and the inevitable economic impact of the crisis. The government, therefore, performed a U-turn, announcing that the elections would go ahead on May 10 and 24. On March 31, it introduced a bill to extend mail-in voting rights, since currently only Poles over the age of 75 and those unable to travel for medical reasons have the right to vote by post.

The emergency law that the government passed on March 2 in preparation for the Covid-19 crisis was very quickly characterized as repressive, giving the authorities arbitrary power without judicial overview.

According to the Venice Commission (a Council of Europe advisory body on constitutional issues, democracy, and human rights), the essential features of electoral laws should not be changed less than a year before elections. On April 26, EU Justice Commissioner Didier Reynders said that the conditions were not right for "free" and "legitimate" elections to be held in Poland on May 10 because of the pandemic. "I am convinced that the Covid-19 crisis will raise all kinds of legal issues on the part of citizens and businesses, and to deal with this challenge we need a functioning and independent judiciary", said Reynders. Furthermore, on April 8, the European Court of Justice called for the suspension of the controversial judicial reforms that Poland approved in 2017, which subject Supreme Court justices and lower court judges to a disciplinary system.

Against the backdrop of this tense situation, Reporters Without Borders published its annual World Press Freedom Index in mid-April. Poland, along with Hungary, recorded its fifth consecutive drop, falling from 22nd in 2013 to 62nd in 2020. This ranking was a historic low for Poland. The report states that "The government’s drive to subjugate the judicial system and a growing tendency to criminalize defamation are beginning to have an effect on the freedom of expression of independent media outlets. Some courts are now using article 212 of the criminal code, under which journalists can be sentenced to up to a year in prison for defamation, although the civil code offers citizens all the protections they need if they are defamed".