Elections in Lebanon: It’s Only the Beginning 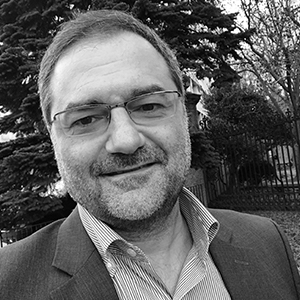 The Lebanese parliamentary elections, which took place on 6 May 2018, were very telling of the country’s current political state, torn between internal divides, regional issues and challenges of all sorts. How should the results of this election be interpreted? Joseph Bahout, visiting scholar at the Carnegie Endowment in Washington DC, specialist of the Middle East, explains the consequences of this election - the first held since 2009.

What lessons can be learned from this election?

If many international commentators observe that the vote was dismissed by the Lebanese people, the reality is far more nuanced. The voter turnout (49.2%) is only 5% lower than the one registered in the last general election, held in 2009. In fact, the new electoral law defining proportional representation has not been understood by the general public and has failed to mobilize voters, despite it being its main goal. The low turnout can also be explained by the fact that the strong political divide between the two main coalitions - the March 8 and March 14 Alliances  - is progressively fading away. The big issues that had until now gathered the Lebanese people are thus slowly being diluted.

The power balances within the Lebanese Parliament following the election can be summarized as follows:

What upcoming  power balances should we expect to see on the Lebanese political scene?

In the hours following the elections, Hezbollah attracted everyone’s attention by organizing a parade of hundreds of men riding motorbikes and waving the Hezbollah and Amal Movement flags in several neighborhoods of Beirut, where mostly Christians live. This demonstration of strength was far from innocent and conveyed several messages:

Hariri is expected to negotiate his return as head of the government despite a diminished majority, as the latter might not be supported by the Lebanese Forces. The formation of a government seems complicated, with the imposition of figures from the Syrian group, with which Hariri does not wish to work. The outline of a new political landscape opposes a new sovereignist group to the March 8 Alliance, and is underlied by an important stake, which everyone has in mind: the next presidential election in 2022.

What should we expect from the coming years?

The end of the electoral period will be the occasion for the country to focus on the main challenge it faces: the disastrous economic situation. Lebanon is indeed on the verge of bankruptcy and must implement the reforms it committed to lead, in return for a financial aid from the international community. With a 40% unemployment rate in a country welcoming more and than half a million of Syrian refugees, the decay of public services, the corruption of the political and administrative class, and the pressure from the bank sector keep increasing, especially as experts are predicting bankruptcy. This explains why, last April, France organized an international conference in support to Lebanon, gathering the representatives of many Arab and European countries from regional and international financial institutions (the “CEDRE” conference supporting Lebanon). Yet these promises of funding will be extremely conditioned to the reforms Lebanon needs to implement.

The aim is to avoid a new conflict that has the potential to provoke a real disaster in a country already under pressure. The President, who wishes to find an internal balance, could be led to defend the idea that Hezbollah’s armament should be legalized. If Hezbollah’s disarmament is not an option, the goal here would be to register its forces within the official military system. This issue should be the main point to the National Dialogue agenda. The latter will probably be set under the aegis of Michel Aoun, and Hezbollah will benefit from letting the political class “discuss” this question, as this will be a way to trivialize it.

The stakes underlying the 2022 elections

Political forces within the Parliament will quickly end up opposing each other on the next presidential election. If the President’s son-in-law strives to succeed him, we can observe an escalation of the power of the Lebanese Forces and of the Syrian group, the latter aiming to structure themselves around Soleimane Frangié. Lebanese politics might then mostly gravitate around this election, even though the country faces a major economic crisis and a regional war, which seems to be imminent.

See also
Europe / World
What News from Lebanon?
ARTICLES | 24 January 2018 | Institut Montaigne
Two months after the political turmoil in Lebanon, which placed its Prime Minister under the world’s scrutiny, Lebanese politics seem to have resumed. What lies behind this apparent return to normality, and what will be the next steps for the country? Joseph Bahout, Visiting Scholar in Carnegie's...
Next
Europe / World
Lebanon Crisis: What Future for The Levant? Answers from Joseph Bahout.
ARTICLES | 14 November 2017 | Institut Montaigne
On November 4th, Saad Hariri, Lebanon’s Prime Minister was accusing the Hezbollah and Iran of controlling Lebanon and therefore publically announced his resignation. This event was followed by a long silent period during which all sorts of rumors and theories spread among people. This silence was...
Next
SIGN UP FOR OUR NEWSLETTER
for a handpicked selection of analyses each week Yes please
Dossier |
Next
Publication -
Next
Moyen-Orient et Afrique
...
Next
Séminaire réservé exclusivement
à nos entreprises adhérentes
Restricted to
member companies
Next