A Crown for the King? How Did Viktor Orbán Turn COVID-19 Into a Political Weapon 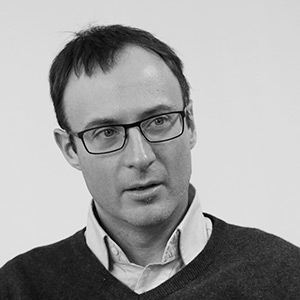 During the afternoon of 30 March, 2020 the Hungarian Parliament passed the Coronavirus Act, also called the Enabling Act. This act grants Viktor Orbán’s government unprecedented emergency powers, as it allows the executive to rule by decree for an indefinite period of time. The Hungarian government had declared a state of emergency on March 11, but the implementation of extraordinary sanitary, economic, and social measures against the coronavirus by decrees that expire every 15 days required an extension approved by the Parliament. The new law allows the government to prolong these extensions indefinitely, or at least until Parliament decides to revoke this authorization before the state of emergency is declared over by the government itself. According to the opposition parties and the Hungarian independent media, the Enabling Act might represent the last nail in the coffin of the post-1989 democratic system. How did the Hungarian Prime Minister turn the sanitary emergency into a unique opportunity to further enlarge his power ?

Over the last month, the approach of the Hungarian government to Covid-19 went through four different stages. From 4 March onward, when the first Covid-19 cases were spotted in Hungary, the first reaction on the level of public communication was a mixture of soft denial ("Covid-19 looks like a seasonal flu") and external scapegoating. Since most of the first positive tests regarded foreign citizens, and in particular Iranian medical students at Semmelweis University of Budapest, official communication blamed the "foreign virus" and established a link between "migration" and the spread of the new virus within Hungary.

On 13 March, when most of Europe seemed to accept the idea of a lock down to prevent the global spread of the virus, Orbán spoke out against the closure of schools and public offices in Hungary.

This narrative collapsed the following week,when it became clear that due to poor testing, the officially registered cases were only a fraction of the new infections. Moreover, new patients were now Hungarian-born citizens, with no migratory background, who had never travelled to China or Iran. Most of them, in fact, were ordinary citizens who started getting infected by other Hungarians who had just returned from skiing in Austria, or repatriated from countries of the European Union.

In this second stage, containment measures started to be taken nationwide without pretending to enforce lockdown and social distancing. On 11 March Orbán issued the state of emergency, which enabled him to govern by decree for 15 days according to the Hungarian Fundamental Law. Nevertheless, Orbán refused to take severe restrictive measures before the dramatic weekend of 14-15 March. He rather shared the dismissive understatement on the pandemic offered by US President Trump and Brazilian President Bolsonaro. The need to keep business open as usual and preserve the financial capability was shared at that time by many global leaders, from the British PM Boris Johnson to the German chancellor Angela Merkel. On 12 March, Orbán travelled to Moldova on an earlier planned official visit and shocked his hosts by ostensibly shaking hands. The following day he paid another visit to Belgrade to meet Serbian President Vucic. According to official statements, they discussed the pandemic and the migration issue. Some speculated that Orbán tried to contact foreign companies to speed up the purchase of key equipment. But still on 13 March, when most of Europe seemed to accept the idea of a lock down to prevent the global spread of the virus, Orbán spoke out against the closure of schools and public offices in Hungary. He threatened teachers of unpaid leave for the rest of the school year, and warned parents that pupils would miss this school year in the event of its suspension.

However, the very same day, wide opposition on this issue mounted on social networks and within the ruling party. In the evening of 13 March, Orbán announced the suspension of normal activity in all Hungarian schools from 16  March, and promised fellow citizens to protect their lives. The government also announced the temporary closure of its borders to foreign citizens, while allowing the repatriation of Hungarian nationals abroad.

Orbán was entering the next stage of the political management of a challenge that offered him, a politically tired and worn leader, the opportunity to start to play what he likes the most: the commander-in-chief committed to save the fatherland. His political strategy shifted from dismissive understatement to a more  paternalistic, authoritarian and militaristic attitude towards the Covid-19 crisis. Orbán allocated key decisions to eleven "operative groups" in charge of a large range of public issues concerning the pandemic. One of the most impressive measures was to allow the military to seize and take control of more than one hundred "strategic companies", either Hungarian-run businesses or multinationals operating in Hungary.

Around 20 March, while the curve of the pandemic started its exponential progression in Hungary but before the health system had experienced major disruptions, Orbán and his pundits set up the premises of the fourth and final stage: the transformation of the emergency decrees into new legal norm by making the government unaccountable and potentially unchallengeable. Orbán started a complex maneuver to prolong the state of emergency and introduce a comprehensive Coronavirus Act, a parliamentary law that would enable the government to rule by decree without any predetermined deadline. According to the official explanation, there would be a legal void from 26 Marchif the decrees issued 15 days before were not converted into law.

However, constitutional lawyers have noted that the government could have bypassed the problem by issuing a copy-past decree just before the previous one expired. Orbán’s goal was much more ambitious. He wanted to further consolidate his power, and in order to achieve his goal, he needed to blame the opposition for not backing the government in its attempt to solve the Covid-19 crisis. On 23 March the opposition parties managed to block the urgent procedure to approve the "Enabling" Law, but they only bought one more week whilst government media denounced their uncompromising stance as an act of national felony.

Orbán was entering the next stage of the political management of a challenge that offered him, a politically tired and worn leader, the opportunity to start to play what he likes the most: the commander-in-chief committed to save the fatherland

On 30 March, the Hungarian Parliament finally passed the controversial Enabling Law. Some analysts claim that Orbán has paved the way to his life-long personal power, just as Russian president Putin did some time ago. From this angle, the Enabling Law can be regarded as the liquidator act of the post-communist Hungarian democracy. For now,it seems that Viktor Orbán has been taking advantage of the sanitary and economic crisis to minimize the chances of a system-change – either by elections or by an internal coup. According to opinion polls, an overwhelming majority of the Hungarian population backs the government’s strategy over Covid-19, and supports the notion that exceptional times need non-conventional measures to be taken.

Orbán managed to transform the pandemic into a political weapon against the opposition and against those media outlets who criticized the early management of the Covid-19 crisis. The Enabling Law states that anyone who utters or spreads statements "known to be false or statements distorting true facts" shall be punishable by imprisonment between 1 to 5 years if done "in a manner capable of hindering or derailing the effectiveness of the response effort".

Until now, Hungary has not been among the most affected countries and the national strategy of containment seems to be working, as official statistics as on  30 March report less than 500 Covid-19 cases and 13 deaths out of a population of almost 10 million. However, it remains to be seen whether the societal consensus for Orbán’s authoritarian crisis management will survive through the following months, when the sanitary emergency and economic crisis are likely to worsen in Hungary.

See also
Europe / World | Coronavirus
Europe : Time for Political Action - or the Risk of Disintegration
ARTICLES | 20 March 2020 | Nicolas Bauquet
Only nine years after the Euro crisis, the European Union is once again on the brink of collapse. Whilst the continent is now at the epicentre of the unprecedented global health crisis that is unfolding, it is difficult to anticipate the duration and scale of the shock, and even more so its...
Next
Europe / World | Coronavirus
Italy, Coronavirus and the European Union
ARTICLES | 18 March 2020 | Marc Lazar
Italy is the country most affected by the spread of the coronavirus. At the time of writing this article, on March 18, there were more than 29,000 cases of infected people and more than 2,900 deaths. Once the epidemic is contained, the time will come for a global health assessment. It will also be...
Next
SIGN UP FOR OUR NEWSLETTER
for a handpicked selection of analyses each week Yes please
Dossier |
Next
Publication -
Next
Europe
...
Next
Séminaire réservé exclusivement
à nos entreprises adhérentes
Restricted to
member companies
Next