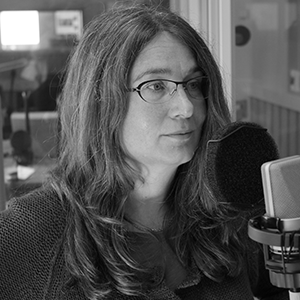 Head of the Science Newsroom at Sveriges Radio

As we discussed last spring, Sweden positioned itself apart from the rest of Europe in its management of the Covid-19 crisis: no obligation to wear a mask, no curfews, no restaurant or bar closures… but has this strategy paid off? After a committee of inquiry was appointed to investigate the successes and failures of this strategy, International Affairs Officer Anuchika Stanislaus asked Ulrika Björkstén, Head of Science at Swedish public radio service Sveriges Radio, about the results of this particular approach to managing the crisis, as well as the future of the "Swedish model."

What lessons can be drawn from the management of the first wave of the pandemic in Sweden, and how do these lessons guide the government’s current decisions?

As an outlier in their approach to this pandemic, Sweden’s record has been mixed. The government has put in place a broad information policy for the population and is communicating science-based "national recommendations," which are widely supported by a Swedish population traditionally inclined to follow scientifically validated measures. Although this approach has been successful in partially flattening the contagion curve, it has not succeeded in protecting the elderly, who are particularly vulnerable to this virus. There was a much higher mortality rate in Sweden (58.36 deaths per 100,000 inhabitants) than in other Nordic countries (an average of 7.64 deaths per 100,000 inhabitants). Furthermore, lacking the necessary protective equipment, staff working with the elderly were not able to break the spread of the disease, which resulted in an accelerated rate of the virus spreading during the first wave.

Aware of these issues, the government intends to tighten its management of the crisis, despite lacking room for maneuver in the face of the unprecedented danger posed by the second wave.

Politically and legally, the Swedish government is not in a position to impose curfews or the wearing of masks, and cannot introduce measures as restrictive as those in France. In Sweden, we do not have "government measures" issued by the government as in France, but instead, the Public Health Agency (FHM) issues "general recommendations." It is quite different from the French system based on law and constraint; moral obligation is the fundamental underpinning of Swedish culture and is widely shared by its citizens. These "general recommendations" are therefore based on this. Legally, the private sphere is a space left free to citizens’ own choices. However, in classifying the coronavirus epidemic as a "public danger," the government reinforced the authoritative statements of the general recommendations that should be followed by citizens, although without the threat of punishment for any transgressions. However, while the recurring message of recommendations stressing the high degree of risk from this virus was sufficient to change behavior during the first wave, there was a general relaxation of the population during the summer.

It is quite different from the French system based on law and constraint; moral obligation is the fundamental underpinning of Swedish culture and is widely shared by its citizens.

An indication that the general recommendations were widely followed by the population was that the seasonal flu suddenly stopped circulating in March and April. In the fall, however, it was discovered that the coronavirus had started to circulate much earlier than the flu, indicating a risk of increased cases during the winter. With the onset of winter accelerating contagion, northern climates are particularly susceptible to respiratory viruses. Due to this tension between historically liberal values and a particularly high mortality rate among the elderly, the government decided to introduce all the rules that it could legally impose in order to best prepare for the winter season and a second wave of the virus.

In addition to a law -a legal constraint applicable to the public space, contrary to the recommendation- that limits public gatherings to eight (as opposed to 50 in the first wave), the authorities plan to limit the number of people in an enclosed space and prohibit the distribution of alcoholic beverages after 10 pm.

What are the strengths of the national strategy to combat the spread of the virus?

Sweden’s current strategy focuses mainly on obtaining the vaccine ahead of its expected introduction in January. The country has signed four contracts with four different laboratories, potentially leaving the country with a surplus of available doses (three to four times more than necessary). The government wished to focus on a surplus of vaccines in order to guarantee a sufficient supply, taking into account the potential risk of one or more of the vaccine developers not being successful. Any actual surplus will then be sold.

Regarding this issue, a significant strength for Sweden is the historical propensity of the population to be vaccinated. Despite the fact that vaccination is not compulsory but optional, the country has the highest vaccination rate in Europe (over 95%). One of the reasons for this is that the public health system is based on a collaborative arrangement between the government, governmental agencies and the public. Swedes are very involved in their health system and have a high level of trust in their institutions. While the country seems to be largely free from anti-vaccine campaigns, suspicions about the new vaccine do exist and are beginning to be seen at relatively high levels, with 25% of the population being skeptical.

Moreover, the emphasis on decentralized power works as both an asset and an obstacle for Sweden. Due to this decentralization, the government is more likely to make recommendations than impose rules, which are developed in conjunction with the population and independent regions. There are, however, disadvantages to this; for example, the testing strategy at the beginning of the pandemic was difficult to implement as it required coordination between regions, who organized the tests themselves without necessarily following government instructions. The collaborative approach of decentralized power helps in reaching agreements, but the presence of several levels of decision-making can slow down the effectiveness of measures, which has been particularly important in this situation.

When measures are integrated by the different levels, everything functions organically without the need for a central body to oversee all decisions. We are a non-hierarchical country where everyone gets on board, we instinctively work towards a common direction and we feel a personal responsibility in our work as citizens. Following orders is not part of the culture of our country, and with Covid-19 this has done us no favors, particularly in managing the virus among senior citizens last spring.

Moreover, the emphasis on decentralized power works as both an asset and an obstacle for Sweden.

There seems to be a consensus that the Swedes are committed to science. Why are views on Sweden’s approach to the crisis so polarized outside of the country?

The polarization of the debate on government measures in Sweden is linked to how Sweden features in international discussions generally. It is curious that a small country on the European periphery, close to the North Pole, attracts so much international interest. Perceived as the last liberal country in Europe by some (Russia in particular) and quasi-socialist by others (Trump’s United States), these perceptions, which are still relevant today, have an impact on how Swedes perceive themselves. Russia has described Sweden as a Western counterexample to itself, a morally decadent or ideologically "bankrupt" country and a dangerous threat to Russia’s traditional values. When the pandemic began, China referred to Sweden as the "black hole" of the virus, which risked wiping out the whole world through its negligence - this is an extension of the diplomatic conflict that already existed between the two countries, particularly over the imprisonment of a Swedish writer in China.

The lack of curfew measures was seen almost as a provocation to the wider world. Even though many countries mistakenly think that Sweden’s strategy is based on an economic strategy that prioritizes the health of its economy over the health of its people, it is actually the case that Sweden’s strategy has developed in accordance with its legal framework. Indeed, according to a recent OECD study, Sweden is one of the few countries that, by the end of 2021, will have a lower GDP than at the end of 2019. It is a real misunderstanding in the international community that Sweden is reluctant to establish binding measures against the virus just to avoid closing its economy. The debate in the United States mixes science and politics, leading to the battles for or against mask-wearing, being for or against science and being for or against Trump. And although the arguments in Sweden were hitherto based on medical and scientific discussion from the front line and centered around evidence-based medicine (excluding experimental treatments such as hydroxychloroquine), it is now becoming more politicized.

See also
Coronavirus
Round Two of Covid-19: Keeping the Dutch Happy or Safe?
Three questions to Louise van Schaik
INTERVIEW | 1 December 2020 | Louise van Schaik
After having gone down the "herd immunity" and "intelligent lockdown" route in the spring, the Netherlands’ strategy to fight the virus and flatten out the second curve seemed to compromise its core values of individual liberties. Tighter lockdown, curfews, the shutdown of bars and...
Next
Coronavirus
Round Two of Covid-19: the UK’s Strategy Against Further Lockdowns
Three questions to Eva Thorne
INTERVIEW | 18 November 2020 | Eva Thorne
The Covid-19 crisis management of European countries reveals their structural weaknesses and strengths. It unveils not only the degree of robustness of their health system, but also the effectiveness of their digital system, the resilience of their emergency management system, the level of public...
Next
SIGN UP FOR OUR NEWSLETTER
for a handpicked selection of analyses each week Yes please
Dossier |
Next
Publication -
Next
Coronavirus
...
Next
Séminaire réservé exclusivement
à nos entreprises adhérentes
Restricted to
member companies
Next