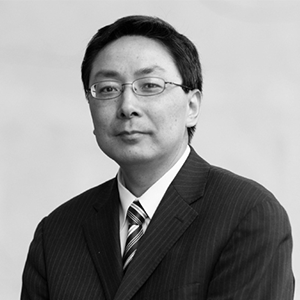 Senior fellow for global health at the Council on Foreign Relations

Regulatory shortcuts, large-scale ongoing inoculation of Chinese nationals, clinical trials in a dozen of foreign countries and pledges to developing countries that they will get priority access: this is Xi Jinping’s push for a Chinese vaccine to become a "global public good". Chinese companies are racing to develop an effective Covid-19 vaccine and Beijing has high hopes for the soft power win that a success would enable. We talk to Dr. Huang Yanzhong, senior fellow for global health at the Council on Foreign Relations and author of the newly released Toxic Politics, China’s Environmental Health Crisis and Its Challenge to the Chinese State.

How does the Covid-19 vaccine development program in China differ from the models of other countries?

It is interesting to look at how the state is driving the process of vaccine development and its future distribution. In the US, the government also plays an important role in the process, but mainly through R&D financing and by picking the pharmaceutical firms to work with. That is pushing and then there is pulling - to identify the most successful vaccines to purchase and distribute.

In China, the state plays a more active role, not just in financing vaccine makers. From the very beginning of the vaccine development, the state has provided a strong political commitment that a Chinese vaccine is going to be successful in the near future. The process started as early as January 2020, with five technological approaches to vaccine development being pushed simultaneously - inactivated vaccines, recombinant protein vaccines, adenovirus vector vaccines, nucleic acid vaccines and vaccines using attenuated influenza as vectors.

Each of those approaches has one to three R&D teams in charge. The state mobilizes the financial resources and the research capacities not just from pharmaceutical firms but also universities, research institutes, high biosafety level labs and high tech firms. The simple idea is to run many horses in the race, to make sure one eventually succeeds. The expectation is that by the end of December, they will have interim results available. Most probably, by nearly next year they will announce successful development of at least one vaccine.

In some cases though, the state is not helping but rather hindering the process. A recent example of that is CanSino’s agreement with Canada to have clinical trials. The candidate vaccine was stuck at China Customs for more than six weeks. Eventually CanSino had to give up, as the government was showing no sign that it would green light the partnership.

Many government actors in China thus intervene in the process of vaccine development and distribution. This also includes the Ministry of Foreign Affairs, which has been making pledges to countries in sub-Saharan Africa, Latin America and Southeast Asia to prioritize the vaccine access to these countries.

Three Chinese companies remain as leading candidates for the vaccine development - CanSino, Sinopharm and Sinovac. Does the state regulate and coordinate their competition?

Given China’s fragmented authoritarianism, it is very difficult to make sure that the coordination process is as seamless and smooth as the central government would hope for. In Zhejiang, the local government kicked off mass vaccination efforts that included people who were not considered priority groups as identified by national health authorities. Such efforts appear to reflect more the intention of the vaccine makers to make a profit before national guidelines become available. Put differently, the companies appear to be taking advantage of the regulatory vacuum to price the vaccines for profit making.

In light of the central government’s no-tolerance policy for new infections, local governments also have incentives to inoculate the population in their jurisdictions. With all these different actors getting involved - the Ministry of Foreign Affairs, National Health Commission, National Medical Products Administration, the local governments and the vaccine makers - the whole process is decentralized and fragmented. More explicit and enforceable central government policies are expected to be unveiled after the completion of the phase three clinical trials.

Hundreds of thousands people have already been vaccinated. Is this distinctive approach with regard to vaccine trials premature and risky? What are the international consequences of such an approach?

The vaccinations that we are seeing in China are not considered part of the clinical trials. Hundreds of thousands of people in China have been innoculated but we do not have the accurate numbers. My initial estimation was that at least 400,000 people have been inoculated, but Zhejiang authorities have reported that they have administered more than 700,000 doses of the vaccine in the province. And the decision does not fully take place at the provincial level. It appears that Jiaxing and Yiwu municipalities have played the primary role in deciding whether to inoculate people in their jurisdictions and who should receive the vaccines. They certainly need the approval of the Zhejiang provincial government, but again, it appears to be a very decentralized process.

In China, the [law] allow for vaccines to be authorized for emergency use. But the question is whether the current situation justifies the emergency use of experimental vaccines.

In China, the Vaccine Administration Law and Pharmaceutical Administration Law allow for vaccines to be authorized for emergency use. But the question is whether the current situation justifies the emergency use of experimental vaccines. There are few confirmed cases in the country. The director of Chinese Center for Disease Control and Prevention (China CDC) was right when he said there was not an urgent need for mass vaccination in China. And there are other concerns. For example, is it ethical to administer the experimental vaccines on perfectly healthy populations? The people might be asked to sign an agreement before receiving the vaccine, but apparently the agreements do not specify or highlight the potential risks involved.

And finally, there is a potential risk of severe symptoms due to the problem of antibody dependent enhancement (ADE). When you administer the vaccines on a perfectly healthy person, an ADE process would result in suboptimal antibodies actually facilitating the viral infection of immune cells and the replication of the virus.

Phase 3 clinical trials are taking place overseas. Sinopharm works with the UAE, Peru, Morocco and Jordan. Sinovac is working with Brazil, Indonesia, Turkey and Bangladesh. CanSino is working with Pakistan, Mexico, and Russia. Most of these partners are developing countries with a very large population. Chinese vaccine makers are strategic in picking the countries to work with. They picked the UAE, for example, not because it has a large number of cases, but because there is a large pool of foreign labor force from 125 countries, so if the vaccine works there they can claim its effective use in the entire world. But when SinoVac picked Brazil as a partner for phase 3 trials, it did not realize that it could become a victim of domestic political tensions. It is said that the recent spat over the use of Chinese-made vaccines in the country has more to do with politics than health policy.

If the WHO prequalifies Chinese-made vaccines, for instance, it could legitimize the use of Chinese vaccines worldwide.

According to the Chinese vaccine makers, more than 60,000 people have already received the Chinese-made vaccines overseas through the clinical trials and there have been no obvious adversary reactions. But several Western countries have said they would not use the Russian or Chinese vaccines. In the meantime, China and Russia have made pledges to lower and middle income countries. This could lead to a divide in the world in the use of the vaccines.

In this context, joining Covax is a smart move to promote the international use of the Chinese vaccines, by justifying their use even in the OECD countries. If the WHO prequalifies Chinese-made vaccines, for instance, it could legitimize the use of Chinese vaccines worldwide.

But even with the future Biden administration, mistrust will remain. Firstly, China has a history of scandals with their vaccines in terms of safety and quality. Secondly, it has not followed strictly internationally accepted protocols in vaccine development, as shown in the inoculation of a large number of people without completion of phase 3 clinical trials.

See also
Coronavirus
Go Hard and Go Early: Lessons From New Zealand’s Response to Covid-19
ARTICLES | 12 November 2020 | Andrew Old
New Zealand has been very fortunate with its response to Covid-19 so far, recording just 1,709 cases and 25 deaths (excluding cases detected at the border in our Managed Quarantine Facilities). Due in large part to our status as an island nation at the bottom of the world, New Zealand had the...
Next
Coronavirus
Indian Pharma: A Global Leader Under Pressure
ARTICLES | 6 November 2020 | Christophe Jaffrelot | Vihang Jumle | Maitreyee Kishor
India is a global supplier of generic drugs. Its export-oriented pharmaceutical industry is extremely profitable but encounters a number of challenges, from domestic demand to human resources. The Covid-19 pandemic has brought to light its dependence on imports from China of active pharmaceutical...
Next
SIGN UP FOR OUR NEWSLETTER
for a handpicked selection of analyses each week Yes please
Dossier |
Next
Publication -
Next
Asie | Santé
...
Next
Séminaire réservé exclusivement
à nos entreprises adhérentes
Restricted to
member companies
Next