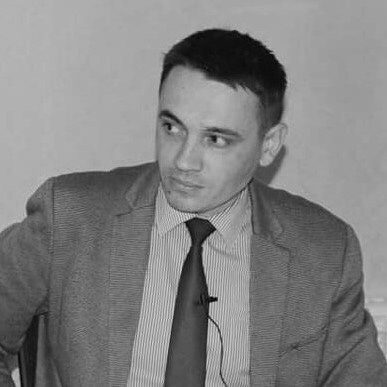 Head of the Asia-Pacific Section at the Center for Army, Conversion and Disarmament Studies (Ukraine)

The 2014 Russian invasion of Ukraine and the deterioration of US-China relations have had an important impact on China-Ukraine relations. Ukraine’s strategic embrace of the West limits the possible depth of its technology transfers to China, and China’s stated support for "Russia’s legitimate security concerns" has signaled a clear choice in the current crisis at Ukraine’s borders. However, the bilateral friendship has so far survived these transformations of the strategic environment. Yurii Poita, Head of the Asia-Pacific Section at the Center for Army, Conversion and Disarmament Studies, considers the extent to which Beijing can maintain a multi-vector policy, and the strategic implications for Sino-Ukrainian relations.

Relations between Ukraine and China have undergone different phases since 1991, with periods of intensification of political contacts (especially when Leonid Kuchma and Viktor Yanukovych were presidents), and periods of cooling, and even freezing (during the presidency of pro-Western leaders Viktor Yushchenko and Petro Poroshenko).

However, during this period, a fairly broad regulatory framework was established: in 2011 a Joint Declaration on Establishment and Development of Strategic Partnership was signed, followed by another Joint Declaration and a large package of documents on further deepening the strategic partnership in 2013.

In addition, since 1991, Ukraine has built quite strong trade relations with China in, as well as cooperation in the military-technical domain and in the space industry.

China has been Ukraine’s major trading partner for several years now, with a trade turnover of USD 15.4 billion in 2020, of which Ukrainian exports account for USD 7.1 billion. Trade with China amounted to 10.9% of GDP in 2020 and 15.1% of the total foreign trade turnover of Ukraine. 20 years ago, these stood at 1.9% and 2.3%, respectively.

In the defense industry, some of the most famous bilateral projects include the Ukrainian aircraft-carrier Varyag purchased by China in 1998, which was later upgraded and introduced into the PLA Navy under the name Liaoning; the acquisition of UGT 25000 gas turbine engines along with full technical documentation, which became the basis for QC 280 gas turbines, which were delivered to the new Type 055 destroyers; amphibious Bison air-cushioned landing crafts, specifically built for China, which it requires for any landing operation on the islands in the East and South China Sea.

The building of relations with China corresponded to the so-called multi-vector policy, in which Ukraine tried to develop pragmatic relations with all players.

Thus, the Chinese direction of Ukraine’s foreign policy was important, both from an economic point of view, and for the development of Ukraine’s defense industry, for which the Chinese market was significant and very attractive. The building of relations with China corresponded to the so-called multi-vector policy, in which Ukraine tried to develop pragmatic relations with all players. In that sense, China provided a welcome counterbalance to Russian influence. However, the relationship began to gradually change after 2014, when Ukraine, in reaction to the armed aggression of Russia and in order to ensure its economic and military security, finally chose one single vector: integration into the EU and NATO.

This is now Ukraine’s main foreign policy direction. In principle, it does not exclude cooperation with China. In practice, however, it does complicate relations with China.The impetus for the further consolidation of Ukrainian foreign policy was US-Chinese strategic competition, in connection with which the areas that were previously considered open for cooperation with China began to be securitized. China began to act more harshly towards Ukraine. The most striking example is China's attempt to bypass official channels of military-technical cooperation in order to take over the Ukrainian aircraft manufacturer Motor Sich, which would have brought a number of colossal threats on both an internal and external scale.

The status of this transaction remained uncertain until 2021, when the US Department of Commerce added the Chinese company Skyrizon, which was trying to acquire Motor Sich, to the list of military end users due to links with the PLA. The designation stated that "Skyrizon actively seeks to acquire intellectual property and technology to advance key military capabilities that threaten US national security, including the ability to develop, manufacture, or service military equipment such as aircraft engines, satellites, and cruise missiles."

As a result, Ukraine blocked the deal, announcing the nationalization of Motor Sich and imposing sanctions on the management of Skyrizon. Had China gained access to Motor Sich, the negative consequences for Ukraine would have been significant: a significant decrease in Ukraine's ability to develop aviation and missile programs in the interests of the Armed Forces of Ukraine and for export; leakage of critical technologies to Russia in connection with the implementation of the joint Chinese-Russian programs in the helicopter industry; disruption of the development of military-political, military-technical and military cooperation with partners in NATO and the EU, which is urgently needed in the context of the military conflict with Russia.

Faced with this situation, Ukraine gradually shifted towards a model of cooperation with China. Following the approach of most European countries, China is both an important economic and technological partner and a rival, sometimes even a threat. Ukraine did draw several "red lines" in its cooperation with China, leaving the trade and investment sphere open, but not allowing China into sensitive sectors, including elements of critical infrastructure, cybersecurity, 5G networks, etc. To sum up, China is currently an important trading partner for Ukraine, a possible source of financing for investment projects, but from a political point of view, relations with China are significantly limited.

China is currently an important trading partner for Ukraine, a possible source of financing for investment projects, but from a political point of view, relations with China are significantly limited.

The Chinese Foreign Ministry has recently declared that "Russia's legitimate security concerns should be taken seriously and resolved" with regards to Ukraine and the security architecture in Europe. How has this been received by Ukraine?

In Ukraine, the government’s reaction to this statement was restrained. The MFA and Ukrainian officials did not comment on it. This is probably due to the fact that the main (and singular) military threat to Ukraine is Russia, which in 2014 annexed Crimea and occupied parts of the Donetsk and Luhansk regions, and conducts operations of "hybrid" influence in Ukraine.

At the moment, it is obvious that the Russian strategy of "hybrid" influence has yet to bear fruit. Ukraine continues its course towards the EU and NATO, pro-Russian political forces do not have a chance of getting any significant share in Parliament, and most Ukrainians perceive Russia as a threat. In that light, Russia is probably considering the possibility of using military force: since 2014, three new armies direction (the 1st Guards Tank Army and the 20th and 8th Guards Combined Arms Armies) have been created (deployed) in Russia in the Western strategic, the military component in Crimea has been significantly strengthened, and in 2021 Russia transferred more than 130,000 troops to the borders of Ukraine.

China has long tried to distance itself from the Russian-Ukrainian conflict by developing cooperation with both Kyiv and Moscow. However, increased strategic competition with the US is likely to force China to work more closely with Moscow, as the February 2022 joint statement shows .

The Ukrainian leadership is trying to maintain friendly and predictable relations with China, without placing emphasis on issues on which Kyiv disagrees with Beijing.

At the moment, few experts expect China to help Moscow resolve "legitimate security concerns", since China's global goal is to strengthen its global geo-economic position and military dominance in the Asia-Pacific region. Therefore, in Ukraine, China's statements about "Russia's legitimate security concerns" are perceived negatively, but are still considered as just diplomatic rhetoric without immediate practical consequences for Ukraine. Therefore, the Ukrainian leadership is trying to maintain friendly and predictable relations with China, without placing emphasis on issues on which Kyiv disagrees with Beijing.

Ukraine has been an important arms provider to China. How would you describe the current dynamic in the arms trade relationship?

Facing the post-Tiananmen arms embargo enacted by the EU, China turned to Ukraine as a source of military technologies, seeking equipment for the PLA Navy, the Air Force and the country’s space industry. Some of the key projects have been noted above.

However, the situation began to change after 2014, and as a result of the intensification of US-China strategic competition. Kyiv, being in a military conflict with Russia, relies on the help of Western allies, primarily the US and NATO, and seeks to join the Alliance. As a result, cooperation with China began to run into obstacles, given China’s position as a strategic competitor and even a threat to the US in the Asia-Pacific region.

A vivid confirmation of this was the aforementioned Motor Sich case, with the help of technologies from which China could significantly enhance the capabilities of its aviation. The US obviously played a major role in preventing the deal from happening.

Another factor that imposes restrictions on Ukrainian-Chinese defense cooperation is Ukraine's attempts to obtain defense technologies from the West, especially in the field of aviation, air defense, missile defense and naval forces. At the moment, Ukraine is implementing a number of joint projects with the UK, Turkey, and the US. In that context, Ukraine must create a model of cooperation with China that reassures those countries that their technologies will not be transferred to China.

As a non-EU member, Ukraine is not formally bound by the embargo on the supply of military products to China, and so far continues to cooperate with China, especially since it has not yet been possible to replace the Chinese market with the Western one. According to the Stockholm International Peace Research Institute (SIPRI), the volume of Ukrainian exports to China is estimated at approximately USD 80-90 million annually, although the exact figures are unclear due to methodology peculiarities. General Director of Ukrspetsexport Vadim Nozdria estimated the sale of weapons and services to China at USD 70 million, mentioning China as one of the most important markets for Ukraine, alongside Turkey and Pakistan. However, I believe Ukraine does limit its cooperation with China by not transferring cutting-edge technologies which can significantly strengthen the position of the PLA and create threats for the US in the Asia-Pacific region.

See also
Europe / World
Vladimir Putin, On the Way To A New Russian Imperialism?
ARTICLES | 7 February 2022 | Dominique Moïsi
What are the underlying factors driving the Ukraine crisis? As Russian troops gather on Ukraine’s border, the international community has fixed its gaze on the highest point of European tension since the Cold War. To examine the causes and consequences of the Ukraine conflict, Institut Montaigne...
Next
Europe / World
Ukraine: China and Russia’s Calculated Mutual Support
ARTICLES | 14 January 2022 | Michel Duclos | François Godement
The possibility of a China-Russian alliance is traditionally downplayed. Certainly, the two countries already form a "negative coalition" through their UN vetoes, and share an aversion to color revolutions. They trade extensively - Russian arms and gas, Chinese consumer goods. But there is...
Next
SIGN UP FOR OUR NEWSLETTER
for a handpicked selection of analyses each week Yes please
Dossier |
Next
Publication -
Next
...
Next
Séminaire réservé exclusivement
à nos entreprises adhérentes
Restricted to
member companies
Next