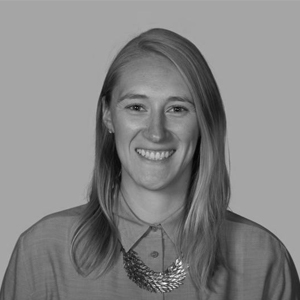 Ph.D. candidate in Political Science at the George Washington University

The China-Russia relationship has experienced various permutations throughout history, though both sides share the tendency of promoting a narrative of enduring friendship and similar values as well as common approaches about how to operate in the international arena. So far in 2019, we can identify a handful of examples that fit this mold. For example, Russian leader, Vladimir Putin, has called for Russia’s return to the G7 and backed the inclusion of China, as well as that of India and Turkey, in the group. Separately, the two plan to hold consultations across their media organizations on how to protect themselves against foreign influence. On more concrete terms, economic exchanges between Beijing and Moscow appear to be deepening. China’s tech giant Huawei is piloting its 5G program in Russia and there has been further talk of introducing Russian operating systems on Huawei technology devices. Russia has also revealed plans to issue the first Chinese currency-issued bond, and there are discussions of an energy pipeline linking Russia to China via Mongolia. But beyond these short-term developments, how exactly do modern Chinese leaders think about the country’s relationship with Russia in the larger context of developing its overall foreign policy strategy, and how does the relationship fit into China’s vision of its role at global and regional levels?

The history between Beijing and Moscow has been one of highs and lows over the seventy years since the founding of the People’s Republic of China, riddled with ideological, conceptual, and operational alignments and splits, which have bred a significant degree of mistrust and suspicion. Formal ties were forged in 1991 after the disintegration of the Soviet Union. Since then, they have bilaterally negotiated and resolved border disputes, and entered into a "good neighborliness and friendly cooperation" treaty. They also were co-founders of the Shanghai Cooperation Organization (SCO), nearly twenty years ago.

Schemes behind foreign policy decisions of authoritarian governments are typically hard to decipher, but native-language research from domestic institutions on international relationships can shed some light on ongoing debates. Recent Chinese commentary and scholarship on the dimensions of China-Russia relations reveal a number of commonalities, as well as diverging views on how to push the relationship forward.

China and Russia are now well-positioned to deepen their relationship across the board, notably on the economic front to alleviate respective developmental roadblocks and challenges.

The pervading conclusion among Chinese analysts is that China and Russia are now well-positioned to deepen their relationship across the board, notably on the economic front to alleviate respective developmental roadblocks and challenges. Chinese analysts view the deepening of relations with Russia as undeniably mutually beneficial. Underpinning the argument for bolstered ties is a recasting of the benefits of their geographic proximity. Unsurprisingly, this logic also champions the pursuit of greater connectivity through infrastructure and energy linkages—an explicit reference to Chinese President Xi Jinping’s landmark Belt and Road Initiative (BRI). They also call for doubling down on enhanced support for the developing world, with a regional emphasis on Asia. This thinking further emphasizes that boosting not only bilateral ties but also regional relations can translate into more influential roles on the international stage for both Beijing and Moscow in existing multilateral and international institutions.

Regarding global governance, the China-Russia Dialogue 2018 Special Research Report by the Institute of International Studies, Fudan University, Russian International Affairs Committee, and Far Eastern Institute of the Russian Academy of Sciences emphasizes the critical importance of major multilateral institutions that help manage the international system. However, it also highlights the need for reform within these bodies (such as the International Monetary Fund, the World Bank, and the United Nations) to give greater voice to developing countries in order to better reflect the shifting balance of power. Such reforms have been regularly raised by Chinese authorities and the report goes a step further by explicitly referencing Russia’s willingness to back and participate in this institutional reform and development. The expansion of the SCO’s membership to include India and Pakistan in 2017 can be seen as an evidence of such a commitment.

While the scope of China-Russia cooperation may seem boundless - from Afghanistan and Central Asia to South Asia and the Korean peninsula - it is evident that Chinese analysts believe certain areas deserve prioritization. Front and center is Northeast Asia, along Russia’s Far East, where China shares a long border with the country. The fusion and joint development of China’s BRI and Russia’s Eurasian Economic Union (EAEU) features prominently in broader discussions about the bilateral relationship. This clearly reflects an effort among Chinese leadership to marry its own developmental objectives with its diplomatic push. Moreover, these plans are marketed in a regional framework, drawing on arguments that all of China’s neighbors will benefit from greater regional integration and coordination.

From the Chinese perspective, China is not the only beneficiary of the integration of BRI and EAEU. It is instead seen as a win-win outcome. Although BRI and the EAEU typically reach West through Central Asia, Shi Ze, director and research Fellow at the Center for International Energy Strategy at China Institute of International Studies, encourages Russia to simultaneously pivot toward Siberia and the Far East to stimulate its development and assuage further economic and social crises. The territory is home to a wealth of natural resources including oil, natural gas, minerals, and forests, and could be the source of a new growth for all of the Asia Pacific, according to Shi Ze. But, he writes that success is contingent on the extent of Russia’s regional economic cooperation and progress in joining Asian integration.

China has traditionally favored one-on-one, country-to-country ties as a way to leverage its sheer size; this more regional tone could perhaps be interpreted as a move to bypass competition or confrontational changes in China’s and Russia’s relative power in the international system. In pushing for bringing Russia into the regional fold, China is seeking to create an opening for Russia to be a relevant actor and to have a seat at the table, albeit at a table that has largely been made by China. Shi Ze claims that a Russian pivot to the East (转向东方) and toward Asian integration will improve its ability to serve as a link between Asia and Europe and provide Moscow with added influence leverage.

China has traditionally favored one-on-one, country-to-country ties as a way to leverage its sheer size.

Despite common macro-level perspectives, the framing of the China-Russia story is the most prominent way in which the approach to the bilateral relationship in these articles diverge. The two countries’ respective ties to the United States loom large when analyzing how to push the China-Russia agenda forward. On one hand, the China-Russia Dialogue 2018 report repeatedly draws on the fact that China and Russia are under increasing pressure from the United States, and criticize Washington for calling China and Russia rivals and strategic opponents. It uses this context to argue for strengthened, more dynamic, and diversified relations between China and Russia. On the other hand, a Global Times opinion piece is quick to try and place the relationship outside of the triangular dynamic of China-Russia-United States relations. The Global Times piece highlights that Sino-Russian relations have largely exceeded the influence of the traditional "big triangle" effect ("大三角"效应的影响). In other words, regardless of how Sino-U.S. relations or Russian-U.S. relations develop, Sino-Russian relations will continue to move in a closer direction. The bid to frame the relationship between the two neighbors outside the confines of American influence reflects a desire to see Sino-Russian ties as strategically important in their own right.

Among the bolder ideas expressed in these analyses is the suggestion that the Sino-Russian relationship can serve as a model of deepened cooperation that has the potential to reform international relations. These are strong claims that are made without concrete delineation of what characteristics are distinct in this relationship that make it replicable as a model, and without specifying how upgraded China-Russia relations will transform the international system. According to the China-Russia Dialogue report, the Sino-Russian partnership has four core characteristics:

No doubt Sino-Russian rapprochement will have an effect on contemporary international relations, but these statements are predicated on the mobilization of significant political will and economic gains translating into regional security and political stability.

Although this sample of articles confidently discounts any uncertainty about the return of a strong China-Russia relationship, rhetorical calls for deepened ties do not automatically translate into action. Obstacles remain. The Global Times identified grassroots opposition to China and nationalistic sentiment as challenges that need to be overcome. Separately, Shi Ze, while outlining a path for cooperation in Russia’s Far East, references funding shortages, policy lags, and a weak legal and investment environment as some of the barriers. He also calls on both parties to draw lessons from prior cases of breakdown in bilateral cooperation. The China-Russia Dialogue report also highlighted the need to improve cooperation channels and mechanisms, further urging for consolidation of trust. To do so, the authors recommend expanding links across more Chinese and Russian departments in diplomacy, economy, trade, finance, and scientific research, as well as adopting not only a long-term trajectory but also committing resources to reflect the relationship’s multifaceted nature.

These articles suggest that there is a desire for China and Russia to capitalize on this political moment to improve the bilateral relationship. While economic avenues appear to offer the most natural path to a stronger relationship, both maintain sensitivities to perceptions of hierarchy. Chinese experts believe that mutual gains and benefits will pave the way for more comprehensive Sino-Russian ties, but it remains unclear how the two neighbors, who believe in their own superpower status, will share the spotlight.

See also
Europe / World
China Trends #3 – Dotting the I’s and Crossing the T’s : Sino-Russian Cooperation in Action
ARTICLES | 8 October 2019 | François Godement
The last three years have been good for Sino-Russian cooperation. If one looks at milestones, Sino-Russian trade passed the $100 billion threshold in 2018 and is still growing in 2019 : remarkably, this comes with a stagnation of Chinese exports but a constant rise in Russian sales – energy is...
Next
Europe / World
China Trends #3 – How China Frames Sino-Russian Ties into its Foreign Policy Strategy
ARTICLES | 9 October 2019 | Eleanor M. Albert
The China-Russia relationship has experienced various permutations throughout history, though both sides share the tendency of promoting a narrative of enduring friendship and similar values as well as common approaches about how to operate in the international arena. So far in 2019, we can...
Next
Europe / World
China Trends #3 – China-Russia Energy Cooperation: Hot or Cold?
ARTICLES | 10 October 2019 | Viviana Zhu
The relationship between China and Russia has often been labeled as "hot politics, cold economics" (政热经冷). This assumption has been challenged in the past by experts like Xing Guangcheng, Director of the China Frontier Research Institute of the Chinese Academy of Social Sciences, who argues...
Next
Europe / World
China Trends #3 – China and Russia: Brothers-In-Arms?
ARTICLES | 11 October 2019 | Angela Stanzel
China’s military cooperation with Russia has been traditionally strong. In particular, because Russia would sell weapons to China, which China has not been able to buy from Western countries due to the arms embargo that had been imposed on China in the aftermath of the Tiananmen Massacre in...
Next
SIGN UP FOR OUR NEWSLETTER
for a handpicked selection of analyses each week Yes please
Dossier |
Next
Publication -
Next
Russie | Asie
...
Next
Séminaire réservé exclusivement
à nos entreprises adhérentes
Restricted to
member companies
Next