Brexit and the Future of Northern Ireland 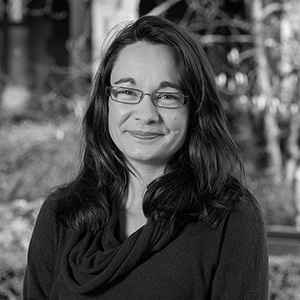 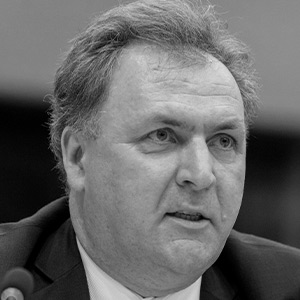 Brexit became real for the United Kingdom (UK) on January 1, 2021. Prime Minister Boris Johnson asserted that with the Trade and Cooperation Agreement concluded with the European Union (EU) on December 24, 2020 "there would be no non-tariff barriers to trade". He was wrong. One of the immediate and most visible effects was the inevitable disruption to trade. Leaving the EU, its customs union and internal market means new paperwork, new checks and new controls for trade between Great Britain and the EU, but also new barriers to trade between Great Britain and Northern Ireland, so actually within the United Kingdom.

Traders moving goods from Great Britain and Northern Ireland have to comply with EU customs and regulatory rules. They need to complete new forms and allow time for additional controls at Northern Ireland’s ports and airports. The supply of goods into Northern Ireland via Great Britain has consequently been disrupted because of the new administrative and financial burdens that this entails. This is particularly evident for animal and plant-related products (mainly foodstuffs, but also including live animals and pets), which have the strictest controls and highest level of compulsory checks. The impact does not only come in terms of consumer price and choice. The supply of medicines and medical devices is also affected. There is full expectation that these issues will grow in impact and complexity at the end of the current "grace periods" on full implementation.

Voters in Northern Ireland are concerned about what this and Brexit more generally mean for Northern Ireland. Those who identify as British and unionists (who want Northern Ireland to remain part of the United Kingdom with Great Britain) are particularly worried. The most alarming reaction so far has been the orchestrated violence that drew worldwide media attention in early April. These riots arose, in part, out of protests organized by some sections of the unionist community against the Northern Ireland Protocol, an essential part of the Brexit withdrawal agreement.

For unionists in particular, what the UK has agreed with the EU in the Protocol on Ireland/Northern Ireland undermines Northern Ireland’s position in the UK internal market. According to its most trenchant opponents, the Protocol threatens not just "economic catastrophe", but also Northern Ireland’s constitutional status as part of the United Kingdom. It is presented as an "unmitigated disaster". Unionist political parties are united in their call to remove, or "scrap", the Protocol. They are also challenging the legality of the Protocol in the courts.

Why the Protocol exists

So far, Brexit’s disruptive force has been most evident on trade within the UK: between Great Britain and Northern Ireland. Why? In part it is because the UK has decided to postpone the full operation of border controls on incoming goods from the EU until 2022. This means that EU goods flow largely as easily into the UK as they did when the UK was still a member state.

It is also because GB-Northern Ireland trade is governed by the Protocol on Ireland/Northern Ireland, which is part of the Withdrawal Agreement that entered into force at the end of in January 2020. The objective of the Protocol was to avoid a hard border between Northern Ireland and the Republic, i.e. to avoid the infrastructure for checks and controls that are required on a customs border. By the time of the 2016 referendum, the Irish border had become open and invisible through a combination of shared UK and Irish membership of the EU and the peace process that followed the 1998 Good Friday (Belfast) Agreement. Such openness could not be maintained once the UK decided to leave the EU single market and customs union. Checks and controls on UK goods moving into the EU internal market would need to take place somewhere.

The objective of the Protocol was to avoid a hard border between Northern Ireland and the Republic.

To do so, the UK and EU agreed to the Protocol. Under this arrangement, Northern Ireland would de facto remain in the EU’s customs union and internal market, at least for goods. Relevant EU law would continue to apply in Northern Ireland and checks would instead take place on GB goods entering Northern Ireland. Goods from Northern Ireland entering Great Britain would also require some paperwork. Checks and controls take place at half a dozen ports rather than across the 499km Irish land border, with its 208 formal crossing points.

The UK government and the EU Commission are not likely to even consider removing the Protocol. This is partly because they have neither the will, nor the resources to reopen negotiations. It is also because they still agree on the need for it, namely to address "the unique circumstances on the island of Ireland", arising as a consequence of the UK’s withdrawal. In fact, it was acknowledged relatively early on, after the UK referendum in 2016, that particular attention would have to be paid to the Northern Ireland dimension to Brexit. The EU language from April 2017 onwards was of finding "flexible and imaginative solutions… while respecting the integrity of the Union legal order". This paved the way for the Protocol and its differentiated treatment of Northern Ireland. Both the UK and the EU also subscribe to the objectives of the Protocol, as outlined in Article 1(3): "to maintain the necessary conditions for continued North-South cooperation, to avoid a hard border and to protect the 1998 Agreement in all its dimensions".

Although the value of that trade with Great Britain is far greater for Northern Ireland than it is with Ireland south of the border, the number of vehicles crossing the Irish Sea on a daily basis is far fewer compared to those crossing the land border. Nevertheless, the new trading conditions that the Protocol creates within the UK introduce new frictions and require considerable adjustment for business. Northern Ireland consumers are seeing the effects in terms of prices and choice - and they know that this effect is likely to grow.

The fine balance of the Protocol

Had they been given a choice in 2016, it is unlikely that voters in Northern Ireland would have chosen the Protocol.Very few people, even "Leavers", wanted to see a hardening of Northern Ireland’s sea or land borders. But the Protocol is a compromise arrangement that has arisen out of complex circumstances. Among those who support it (and early polling data would indicate that this is about one in two voters), the Protocol is viewed as the "least worst" option given the hard Brexit route the UK government has chosen. As well as avoiding a hard Irish border (about which there were serious concerns), it places Northern Ireland in a unique position of ongoing participation in the EU’s internal market for goods as well as "unfettered access" to the UK market. As a result, about half of voters appear to regard the Protocol as providing economic opportunities (although one third does not). However, the unique status is not as privileged as is sometimes assumed. Northern Ireland is not part of the EU internal market as far as the free movement of services, capital and people are concerned and this does have negative consequences for movement across the Irish border.

The Protocol is also fragile. The arrangements the Protocol has introduced are heavily contested and proving exceptionally challenging to implement. This would be of concern anywhere, but it is particularly alarming in Northern Ireland given its weak economy, fraught politics and, frankly, fragile peace. Moreover, the continuation of the core provisions of the Protocol requires the regular consent of members of the Northern Ireland Assembly. They will vote for a first time in late 2024 and then, assuming consent is granted, potentially every four years thereafter. Further votes will be after eight years if there is "cross-community" support for it from unionists as well as nationalists - something that seems highly improbable at present.

If there is no consent, the Protocol’s provisions that avoid the physical hardening of the border on the island of Ireland cease to apply after two years. In such an instance, the UK and EU would be back where they started: trying to find yet another solution to avoid the return of a hard border across the island of Ireland.

The arrangements of the Protocol are heavily contested.

The Northern Ireland Assembly itself is also up for election in May 2022 - two years before the Assembly is due to hold its consent vote. That election is likely to be dominated by arguments for and against the Protocol. Recent polling suggests that the vast majority of voters are almost evenly split in terms of whether they will support pro- or anti-Protocol candidates.

A role for the EU

If the EU wants to help avoid a situation in which an anti-Protocol majority is returned, it needs to consider now it can contribute to defusing and calming the political and practical problems with it. The immediate challenge for the UK and the EU is to demonstrate that the Protocol can work and in such a way that causes least disruption. Addressing the particular challenges around the new regime for the movement of the goods from Northern Ireland’s largest market - the rest of the United Kingdom - is the overriding priority, economically and politically. Business groups have called for stability through extended "grace periods" for implementation of particularly challenging obligations, certainty via long-term solutions to problematic issues, a simplification of systems and processes; and all this needs to be affordable. Such calls should be heeded. Politically, at least some of the unionist concerns need to be assuaged. This is not merely a matter for the UK. This also requires some EU flexibility.

The Protocol is obviously a consequence of the UK’s decision to withdraw from the EU. And many of the challenges around implementation stem from a UK government failure to come to terms with what Brexit entails and what it has agreed with the EU, and prepare businesses for the magnitude of changes that ensued. But the Protocol is also a jointly agreed EU-UK response to the challenges that Brexit poses for Northern Ireland and, with it, Ireland. The preamble is clear: the EU and the UK are "determined that the application of the Protocol should impact as little as possible on the everyday life of communities in both Northern Ireland and Ireland". The disruption of Brexit on the island of Ireland needs to be kept to a minimum.

The commitment of the European Commission "to work tirelessly for joint solutions so that [the Protocol] is… fully implemented and works for the benefit of everyone in Northern Ireland" is welcome. So, too, is the shared UK-EU focus on problem solving and the improved political atmosphere surrounding relations over the Protocol. The Protocol can work if its implementation acknowledges and accommodates as far as possible the legitimate concerns of those whom it is intended to benefit. Failure to do so risks continuing contestation, economic uncertainty, and political instability.

See also
Europe / World
The UK’s Integrated Review: What Global Britain Means for France
ARTICLES | 17 March 2021 | Georgina Wright | Bruno Tertrais
After months of delay, the UK government has finally published its long-awaited "Integrated Review", a blueprint for Global Britain in action. Almost five years after the UK voted to leave the EU, it is designed to answer one question: what does Global Britain actually mean? For Paris, two...
Next
Europe / World
The EU Can Also Learn from Brexit
ARTICLES | 6 January 2021 | Georgina Wright
The Brexit episode is not one the UK or the EU will forget easily. Drama in the UK Parliament, the president of the EU Council’s use of Instagram and hours of negotiations that ultimately resulted in a 2020 Christmas deal. Whatever the merits (or not) of the UK-EU trade and cooperation agreement,...
Next
SIGN UP FOR OUR NEWSLETTER
for a handpicked selection of analyses each week Yes please
Dossier |
Next
Publication -
Next
...
Next
Séminaire réservé exclusivement
à nos entreprises adhérentes
Restricted to
member companies
Next