Blasphemy in France and in Europe: A Right or an Offense? 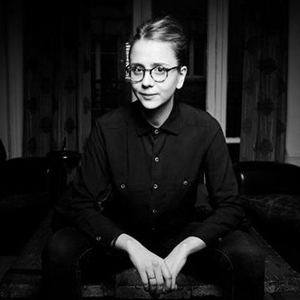 On 25 October 2018, the European Court of Human Rights (ECHR) upheld the conviction for blasphemy of Elisabeth Sabaditsch-Wolff, an Austrian personality who described the Prophet Mohammed as a "paedophile" at a conference of the far right party FPÖ in 2009. The ECHR considered that this declaration threatened the preservation of religious peace, and that the verdict handed down by the Austrian courts did not contravene Article 10 of the European Convention on Human Rights on freedom of expression. Anastasia Colosimo, professor of political theology at SciencesPo Paris, analyzes the evolution of the blasphemy issue in France and in Europe.

While the ECHR validated the conviction for blasphemy of an Austrian woman on 25 October, is the "right to blasphemy" enshrined by the French state likely to change?

There is no "right to blasphemy" strictly speaking in the French law. Freedom of expression is one of the fundamental freedoms in France, since it is the subject of Articles 10 and 11 of the 1789 Declaration of the Rights of Man and of the Citizen, which leave it up to the legislator to establish its limits. With the law of 21 July 1881 on the freedom of the press, which applies more generally to all forms of expression, the French Third Republic imposed a liberal type of legislation, the limits of which, all strictly defined, are merely justified exceptions to the general rule of freedom. The 1881 law definitively abolished the offense of blasphemy, even in its secularized form of infringing upon religious morality. However, this regime of extended freedom was then followed by a more restrictive regime, based in particular on the Pleven Law of 1972. The latter amended the 1881 law by creating the offenses of insult, defamation and incitement to hatred, violence or discrimination based on one’s race, ethnic group, nation or religion.

In France, it is now possible to insult a religion, its figures and symbols, but it is prohibited to insult members of a religion.

The introduction of these new offenses led to difficulties in interpretation, which resulted in sometimes dubious court decisions and intense jurisprudential reflections on the meaning to be given to insult, defamation and provocation based on one’s religion. In other words, the question was whether insulting a religion in itself, or figures and symbols of a religion, was tantamount to offending members of that religion.

The trial against the weekly paper Charlie Hebdo in 2007 for the publication of cartoon caricatures of Mohammed helped to clarify the judges' position. In France, it is now possible to insult a religion, its figures and symbols, but it is prohibited to insult members of a religion.

Yet the difference between the two is sometimes slight, which has led to an inflation of "blasphemy" trials, without the word ever being pronounced. Indeed, instead, courts refer to insult, defamation and incitement to hatred, violence or discrimination on the basis of one’s religion.

The French position, while it might be questionable and sometimes ambiguous, is thus in reality quite compatible with the European Court of Human Rights’ judicial practice and should not have to evolve, even if our legislator’s overzealousness is still to be feared.

In any case, in matters of freedom of expression, as in matters of religious freedom, the European Court of Human Rights leaves a certain margin of appreciation to states. This is the reason why it validated Elisabeth Sabaditsch-Wolff's conviction. Indeed, Article 188 of the Austrian Criminal Code condemns any "humiliation of religious dogma".

The Republic of Ireland voted in favor of repealing its anti-blasphemy law on 26 October 2018. Is this decision representative of the evolution of the blasphemy issue in other European countries?

The difficulty lies in the translation process which, in most European countries, shifted the understanding of blasphemy from an insult to a deity, to an insult to believers or a breach of the public order. The concept of "preservation of religious peace" defended by the ECHR in its judgment must thus also be understood from the perspective of the preservation of public order.

The word "blasphemy" mostly disappeared from European legislation, yet it has been translated into secular terms, which has often made it possible to perpetuate its condemnation by other means. In fact, a comparative approach to these different legislations demonstrates the extreme polysemy of the criminal lexicon around this issue. Where there is no criminalization for blasphemy strictly speaking, there are protections of social mores or decency, systems of authorization or classification in the cinematographic or media field, regulations of advertising messages, laws punishing group defamation and incitement to discrimination or hatred. These provisions are indeed, for all or some, applicable to matters of religion. There are three distinct forms of protection within this variety of laws.

European countries that have fully abolished anything coming close, in any way, to the crime of blasphemy are in fact quite rare. England is one of them, but the offense of blasphemy was only abolished there in 2008 and various pressure groups continue to challenge this repeal, precisely in the name of the protection of believers’ feelings.

Ireland's decision to abolish its anti-blasphemy law should thus be welcomed! It is however worth noting that it is of course easier to abolish a law that explicitly stands against blasphemy than laws that do so implicitly. While the offense of blasphemy stricto sensu naturally tends to disappear, its secular translations are proliferating in a European context where freedom of expression is increasingly restricted.

Is the "preservation of religious peace" defended by the ECHR compatible with the "freedom of expression" enshrined in the 1789 Declaration of the Rights of Man and of the Citizen?

The "preservation of religious peace" is presented as a kind of avatar of the preservation of public order, the latter naturally falling under the prerogatives of the rule of law. The motive of preserving the public order has been used in some court decisions in France concerning religious offenses, yet not very convincingly. The legislator and the judge preferred to focus on individuals or communities, and to condemn, as previously mentioned, insult, defamation, incitement to hatred, violence or discrimination based on one’s religion. Moreover, the ground for preserving the public order, and even the intangible public order, may have been used in other cases concerning freedom of expression, in particular in that surrounding the show of controversial comedian Dieudonné in 2015.

This is not the first time the ECHR appeals to the "preservation of religious peace". In its 1994 ‘Otto-Preminger-Institut v. Austria judgment’, the European Court validated the prohibition of a film deemed blasphemous by the Austrian authorities by appealing to both the "preservation of religious peace" and the protection of believers' feelings: "in seizing the film, the authorities acted to ensure the religious peace in that region and to prevent people from feeling the object of the attacks on their religious beliefs in an unwarranted and offensive manner."(§56)

Freedom of expression as enshrined in the 1789 Declaration of Human Rights is a freedom understood in a broad sense that allows for the criticism of all religions.

Commenting on this judgment, the philosopher Guy Haarscher describes an excessive "Hobbesian dramatization" aiming to make people believe that the mere broadcasting of a film could spark a crisis and trigger serious unrest in civil and religious peace. One might obviously be tempted to think the same about Elisabeth Sabaditsch-Wolff's comments. There is indeed no real indication that the latter could have caused such unrest.

The translation process, which the European Court, like many European courts, seems to be completely fooled by, is still at stake here. It is true that the argument is subtle. By stripping the offense of blasphemy of any religious character, faith groups have achieved a masterstroke.

With regard to France specifically, the "preservation of religious peace" cannot under any circumstances concern the state, which is bound to complete neutrality given the various religions present in the country. Freedom of expression as enshrined in the 1789 Declaration of Human Rights is a freedom understood in a broad sense that allows for the criticism of all religions. The Pleven Law of 1972, which amended the 1881 Law on the Freedom of the Press, nevertheless changed this concept towards ever more restrictions, and it would not be surprising to find the motive of "preserving religious peace" in future court decisions. In my opinion, this would be a step backwards regarding the longstanding French tradition of irreverence, which is part of our national heritage.

See also
Religious Discrimination in Access to Employment: a Reality
Publication - October 2015
Do Muslims and Jews suffer discrimination on account of their religion? If so, why? It is indispensable to answer these questions if we are to search for solutions and maintain...
Next
General
Laïcité: Why French Secularism is So Hard to Grasp
ARTICLES | 11 December 2017 | Anastasia Colosimo
The 1905 French law separating the Church and the State is now over a hundred years old. The laïcité (or secularism) principle it defines, despite the term not being mentioned in the text, is unique in the world and is an integral part of France’s contemporary political DNA.  However,...
Next
SIGN UP FOR OUR NEWSLETTER
for a handpicked selection of analyses each week Yes please
Dossier |
Next
Publication -
Next
République
...
Next
Séminaire réservé exclusivement
à nos entreprises adhérentes
Restricted to
member companies
Next