Are States Ready to Commit to Providing Global Public Goods? 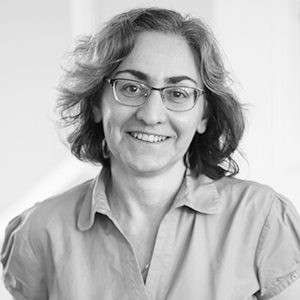 Chief Executive of the South African Institute of International Affairs

Covid-19 is the crisis no one expected to happen in our generation despite frequent speculation about the potential impact of the recurrence of the Spanish flu of 1918. Likewise, humanity is already facing a significant existential crisis in the form of the climate emergency, and not computing its urgency. The Covid-19 pandemic is more immediate and its social and economic impact more devastating in the short term. Might the immediacy of its urgency make the case more strongly for the need for more, not less, international cooperation?

Global pandemics are not new in human history, but the globe’s interconnectivity in the 21st century has made their mobility potentially much more devastating. Covid-19 has reminded us all that preventing diseases should be a global public good that would be reflected in the way in which countries prioritise their national and international responsibilities. But the provisioning of global public goods necessitates international cooperation. Such cooperation is manifested in the powers and resources that countries give to international institutions, and in the way they cooperate among themselves beyond the mediation of such international bodies. So far, serious flaws are apparent in marshalling international cooperation to fight the virus.

Covid-19’s duration and number of fatalities, as well as the measures governments put in place in response to it, already illustrate its ability to test a number of global public goods simultaneously – global financial stability, global trade stability and enabling logistics and mobility, global communication interconnectivity, and of course global public health. Its longer-term consequences may also be the acceleration of the intersect between technology and the surveillance state, and its implications for human rights, itself a global public good.

The problem with global public goods has always been the difficulty of incentivising actors to contribute to their provision. Those who do wish to contribute, do so, but those who don’t, may still benefit from them. It’s a bit like herd immunity. If a certain proportion of a population has been vaccinated against a disease, the rest is protected regardless of whether they have chosen to be vaccinated or not. Covid-19 may prove to be a sufficient incentive for humanity to strengthen the international institutions that are key facilitators in the provision of global public goods.

The problem with global public goods has always been the difficulty of incentivising actors to contribute to their provision.

Critical factors for this to occur are a display of leadership by the countries that matter. And this is where it is crucial for clubs such as the G20 to step up to the plate. While it includes only a small number of countries, these are systemically important in both economic and population terms. Their importance also means that their actions have an impact on the effective provision of global public goods.

The G20 cannot replace global institutions, but it can galvanise them through a display of political commitment to see these institutions exercise their mandate, to provide resources to them and critically to coordinate especially economic measures to ensure optimum outcomes. During the 2008 financial crisis, the G20 was able to rise to the occasion.

At the virtual summit convened by Saudi Arabia - the current G20 chair - in late March, the G20 committed to strengthen the mandate of the World Health Organisation to coordinate the fight against the pandemic, to close the financing gap in the WHO’s strategic preparedness and response plan and to provide further resources to the Covid-19 Solidarity Response Fund. In addition, they committed to limit international trade disruptions and to address the risks of debt vulnerabilities in many low-income countries as a result of the virus on financial stability, on open trade and indeed concern for the most vulnerable countries. But this is not the first time that the G20 has pronounced action around global public health. The proof of its commitment will be in the concrete action taken in the short term.

Comparing the current pandemic with the 2008 financial crisis suggests a critical difference. In 2020 a number of countries, especially the US, the world’s superpower, have taken a turn towards more populism and narrow nationalism and away from global cooperation. Even in the midst of this pandemic, some countries are out to score political points or to question the science or the severity of the pandemic.

The G20 will need to display a collective wish to cooperate in the short term, specifically to mobilise funds, support research and ensure medical equipment and medicines are available across borders. In the longer term, it could be a force for change, leading in advocating greater resources for institutions such as the WHO and strengthening its mandate and powers in such emergencies. While collective G20 leadership may be difficult to secure, it may be possible to drive such processes among a group of G20 members and other countries outside the group.

Some of the politicised international debates, however, stand in stark contrast to the efforts at collective action undertaken in Africa – the world’s most marginalised region. While Africa’s infection rate is still behind those of Europe and the US, many African states took preventive action early on in the outbreak. Furthermore, the African Union and the African Centre for Disease Control have played an important role in facilitating cooperation and providing guidance and advice. Before the G20 virtual summit, South African president Cyril Ramaphosa, the current chair of the AU, held a meeting with the AU Commission and a group of African states to discuss the virus and identify concerns that he would take to the G20 summit.

The virus has no prejudices. It shows, with an unprecedented urgency, that the weakest link in the chain can bring down the whole edifice.

Among those were calls to Africa’s external creditors to waive interest payments on debt-distressed countries to enable some fiscal space to deal with the pandemic. The AU also established a Covid-19 Fund and has coordinated outreach to the international community to provide support to African countries – a testament to the efforts made over the last two decades by Africa to provide regional public goods.

This pandemic has highlighted the imperative of recognising the inter-relatedness between national and regional policy responses in this endeavour. The virus has no prejudices – it does not discriminate between rich and poor, male and female, white or black. It shows, with an unprecedented urgency, that the weakest link in the chain can bring down the whole edifice. This is why a key dimension of global public goods must be to build up national and regional capacities and systems facilitated by global cooperation to augment responses to such transnational threats. The opportunity facing the international community now is to tackle some of the systemic weaknesses in the world’s international institutions, support the more vulnerable countries and communities, and not delay further the necessity of strengthening national and international governance systems to ensure future resilience and more rapid responses.

See also
Coronavirus | Europe / World
Africa and Coronavirus - in Kenya, the Private Sector Is Taking Action
ARTICLES | 6 April 2020 | Yvonne Mburu
Although the number of people infected with Covid-19 remains lower than in other African States, it is nonetheless rising rapidly in Kenya (179 confirmed cases to date). The country recorded its first case of coronavirus on Friday, March 13, and Kenyan President Uhuru Kenyatta announced a few days...
Next
Coronavirus | Europe / World
The Transatlantic Alliance in the Midst of COVID-19: Missing (In)Action?
ARTICLES | 6 April 2020 | Max Bergmann
Even before the COVID-19 crisis, the transatlantic relationship was in terrible shape. President Trump’s hostility to Europe had caused relations to crater, there was an escalating trade war, the UK left the EU, and Emmanuel Macron called NATO brain dead. Meanwhile, Germany, Europe’s largest...
Next
SIGN UP FOR OUR NEWSLETTER
for a handpicked selection of analyses each week Yes please
Dossier |
Next
Publication -
Next
...
Next
Séminaire réservé exclusivement
à nos entreprises adhérentes
Restricted to
member companies
Next