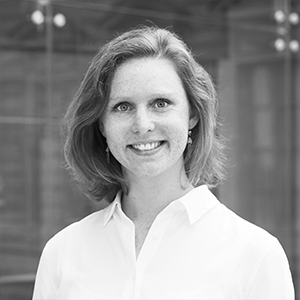 Polly Lefèvre a Research Officer at Institut Montaigne since January 2023. Previously, she was Events Manager.

Polly joined Institut Montaigne in 2018 as a project manager. In this role, she was in charge of preparing the steering committee meetings, leading strategic reflections and monitoring development programs in London and Marseille.

French and British national, Polly is a graduate of King's College London and Sciences Po Paris. Prior to joining Institut Montaigne, she worked as an intern for the French Ministry of Defense and spent a year in the United States, where she worked at the French Institute Alliance Française in New York.