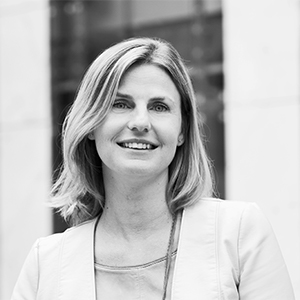 Marguerite Bérard joined Institut Montaigne’s Board of Directors in 2015. She is Head of BNP Paribas French Retail Banking and Member of the Executive Committee.

She started her career in 2004 at the Inspection Générale des Finances, an interdepartmental auditing and supervisory body in France. Between 2007 and 2010, she was the technical advisor and then advisor on social protection and employment issues to the French President Nicolas Sarkozy. From 2010 to 2012, she worked as Chief of Staff in the office of the Minister of Labor, Employment, and Health. Between 2012 and 2017, Marguerite Bérard was Chief Executive Officer responsible for the Group Strategy, Finance, Legal affairs, and Group Company Secretary, and member of the General Management Committee of the bank and insurance group BPCE.

Bérard is a graduate of Sciences Po Paris, the Woodrow Wilson School of International and Public Affairs at Princeton University, as well as the French National School of Administration (ENA).