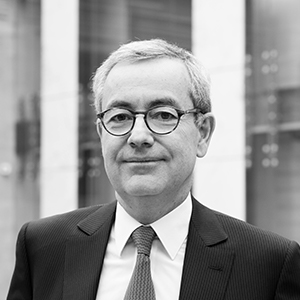 Chairman of the Board of Directors, ENGIE

Previously, he was Chairman of the Executive Committee and member of the Board of Directors of Solvay Group from 2012 to 2019. He joined Solvay Group in 2011, during the merger between Rhodia and Solvay. Prior to this, he served as Chief Executive Officer of the Rhodia Group (since 2003) and Chairman of the Board of Directors (since 2008). Before joining the chemical industry in 1993, Clamadieu worked for nine years in the French administration, mainly for the Ministry of Industry and as a technical advisor to the Minister of Labour.

Clamadieu is a graduate of the Mines ParisTech (École nationale supérieure des mines de Paris) and an engineer of the Corps des Mines.