Escalation in the Eastern Mediterranean 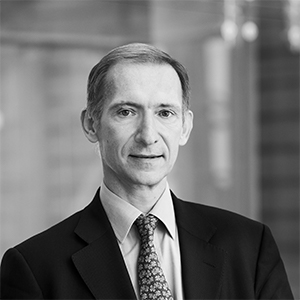 While the tensions between Greece and Turkey over their territorial waters are not new, the discovery in recent decades of large natural gas deposits in the Eastern Mediterranean has rekindled Turkey’s ambitions. Hence, on August 10, Ankara sent a research vessel accompanied by a military fleet into the seas claimed by Athens. Two days later, France responded to Greece's call to its European partners by deploying two Rafale fighter jets and two warships. Interviewed by Mahaut de Fougières, Policy Officer in charge of International Studies, Nicolas Baverez, a contributor to the Institut Montaigne on defense matters, gives us his analysis of the situation and its consequences for France and Europe.

What are the issues at stake regarding this summer's events in the Eastern Mediterranean? What is France's role in this crisis?

Since the end of the Cold War, the Mediterranean was no longer a strategic issue nor a major theater of operations. It has become such again today, with the growing violence and the intervention of Russia and Turkey in Libya, but above all with the rapid deterioration of the situation in the Eastern Mediterranean. This is due to Recep Erdogan's claims to the continental shelf of the Eastern Mediterranean and the Aegean Sea, where gas deposits that could represent the equivalent of Norway's reserves have been discovered.

Erdogan's Turkey took advantage of the paralysis of the United States and the European Union, caused by the Covid-19 pandemic, to multiply attacks on international law: with an agreement on the delimitation of the continental shelf with the Government of National Accord in Tripoli in exchange for Ankara's military intervention; by drilling in Cypriot waters and deployment of scientific vessels escorted by military ships in the Aegean Sea; through repeated violation of Greece's air and maritime sovereignty, particularly around the island of Kastellorizo. This strategy of tension in the Mediterranean reflects Recep Erdogan's desire to hide his difficulties in domestic politics, underlined by the loss of major cities and especially Istanbul during the 2019 municipal elections, as well as the weakening of the economy. The contraction in activity will exceed 5% in 2020 while inflation is approaching 12%. The country is also experiencing a severe balance of payments crisis, with the collapse of the pound, the disappearance of foreign exchange reserves, and public and private over-indebtedness.

The authoritarian, nationalist and religious drift naturally leads to imperialism and external adventurism in the Mediterranean.

Faced with the erosion of his leadership - born with his election as mayor of Istanbul in 1994 - and the growing contestation of the power of the AKP, Erdogan reacted by hardening the regime internally. This is illustrated by the dismantling of the rule of law and the principles on which Mustapha Kemal had founded the modernization of Turkey. There is no better symbol of this than the transformation last July of the Hagia Sophia into a mosque, which Atatürk had decided in 1934 to erect as a "museum offered to humanity".

The authoritarian, nationalist and religious drift naturally leads to imperialism and external adventurism in the Mediterranean, inspired by Beijing's pursuit of the annexation of the South China Sea. They are part of the project to reconstitute the Ottoman Empire and take leadership of the Arab-Muslim world with the support of the Muslim Brotherhood.

France is on the front line against Turkey, as evidenced by the targeting of the frigate Courbet by the Turkish Navy on June 10. Ankara's support for a good number of jihadist groups of Sunni leanings, from Syria to Libya, constitutes an obstacle to the fight against Islamist terrorism. The two countries are also opposed in Libya over the Kurds who played a decisive role in the military defeat of the Islamic state.Above all, France can only support Greece in the face of violations of its sovereignty, because of the solidarity between European partners, because of Turkey's open violation of international law, and because of the strategic stake that Mediterranean gas represents in reducing Europe's energy dependence on Vladimir Putin's Russia.

What are the objectives of the military exercise carried out between 26-28 August by Cyprus, Greece, France and Italy as part of the Quadripartite Cooperation Initiative (QUAD)? To what extent can Europe take up the security issues at its Mediterranean borders?

Turkey, like China and Russia, is using the Covid-19 pandemic to accelerate the deployment of a policy of power in disregard for international law and freedom of navigation in the Mediterranean. At the same time, it is testing the unity and willingness of European democracies to defend their values and sovereignty. And it will continue to do so until it reaches its limits. It is therefore very important, without overdoing it, to show the solidarity of European countries with Greece, especially tof Mediterranean powers, and to show, while there is still time, the capacity to oppose the strikes of Turkish democratorship. This is the whole purpose of the naval exercise organized between Greece, Cyprus, France and Italy as part of the QUAD initiative in the south and southwest of Cyprus.

The escalation of tensions in the Eastern Mediterranean due to Turkey's imperial ambitions must hasten Europeans' awareness of the elaboration and deployment of a security strategy, one of the priority objectives of which must be the control of the Union's borders, especially in the Mediterranean. The Union, or at least the Mediterranean countries, must create an integrated system of surveillance, control and intervention in the Mediterranean, which is the most sensitive and vulnerable border of the continent, in the face of heterogeneous concerns such as the expansion projects of the Russian and Turkish democratorships, jihadists and mass migratory movements. In parallel, the Union must make it clear to Turkey that it has to comply with international law and renounce its plans for expansion in the Mediterranean, or risk exposing itself and its leaders to strong trade and financial sanctions.

The European Union must make it clear to Turkey that it has to comply with international law and renounce its plans for expansion in the Mediterranean, or risk exposing itself and its leaders to strong trade and financial sanctions.

Can this crisis be resolved within NATO, to which the main stakeholders belong, or is it further proof of the weakening of the transatlantic organization?

The crisis can in no way find a solution within NATO, which is divided and paralyzed by Turkish expansionism in the Mediterranean. Recep Erdogan has transformed Turkey into an Islamic democratorship, which has broken with the values of democracy and the institutions of the rule of law. Turkey has multiplied its breaches of NATO principles and rules by equipping itself with Russian S-400 anti-aircraft batteries, by conducting a strategy of ethnic cleansing to the detriment of the Kurds in northern Syria, and by violating Greek sovereignty.

However, it enjoys a form of impunity within NATO, of which Recep Erdogan draws on all the resources. Indeed, Turkey has a key strategic position on the southern and eastern front of Europe and plays a decisive role in the American system of surveillance of the Near and Middle East. It has the second largest army in the Alliance. For these reasons and given Recep Erdogan's personal proximity to Donald Trump, Turkey enjoys the support of the United States, which has agreed to participate in maritime manoeuvres in the Mediterranean. Finally, the Europeans themselves are divided and only a minority has shown solidarity with Greece.

NATO thus finds itself powerless in the face of the crisis opened by Turkey and once again weakened by the display of its divisions. This directly serves the ambitions of power of the democratorships and the projects of the jihadists to the detriment of the security of the democracies and of Europe. Two priorities result from this. The first consists in rebuilding the Atlantic Alliance around a community of democracies in the event of Donald Trump's defeat in the American presidential election. The second concerns the need for the European Union, regardless of the results of the American election, to implement a global policy of control of the Mediterranean and to adopt an effective strategy of confining the Turkish democratorship.

See also
Europe / World
Hagia Sophia, or the Defeat of Universalism
ARTICLES | 20 July 2020 | Dominique Moïsi
By restoring Hagia Sophia's status as a mosque, Erdoğan is breaking with Mustafal Kemal Atatürk’s desire to open up to the world, which inspired him to turn the monument into a museum in 1934. The current Turkish president wants to assert the Muslim identity of his country. In doing so,...
Next
Europe / World
The Cry for Reform in Lebanon
ARTICLES | 29 July 2020 | Rym Momtaz
With a severe devaluation of its currency and a mind-boggling loss of purchasing power, the crisis in Lebanon is reaching catastrophic dimensions. Reforms are needed, but the corrupt political class is refusing to budge. What has truly caused this situation and what are the prospects for Lebanon?...
Next
SIGN UP FOR OUR NEWSLETTER
for a handpicked selection of analyses each week Yes please
Dossier |
Next
Publication -
Next
Europe et International
...
Next
Séminaire réservé exclusivement
à nos entreprises adhérentes
Restricted to
member companies
Next