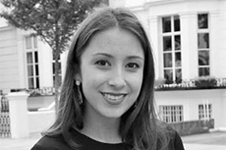 Visiting Fellow on information manipulation networks at Institut Montaigne (May 2020 - February 2021) and doctoral student at the Oxford Internet Institute.

The public tends to learn of information operations during their peaks in activity such as crises, protests, or elections. Research has shown that some information operations against various democracies have been growing and forming for up to a decade before they were identified and suspended on social media platforms. In some cases, this long game of information manipulation attempts by state-backed inauthentic accounts has been found to relate to higher degrees of polarization in conversations online, where people’s attitudes and opinions diverge toward extremes.

This research, conducted by our Visiting Fellow Alexandra Pavliuc, follows the publication of our report Media Polarization "à la française"? Comparing the French and American Ecosystems (2019) and of our policy paper Information Manipulations Around Covid-19: France Under Attack (2020). It aims at establishing a lay of the land, by identifying how France has fit into the wider strategies of state-backed information manipulation networks that have been identified and taken down by Twitter since October 2018. We conducted a broad analysis of all 211 million tweets that Twitter identified and released as part of their information operation (IO) reporting from 19 countries or groups. France-related content was a small portion of most operations, with the highest percentage of France-related content being 8.6% (amounting to 96,839 tweets) in one Iranian operation, and no more than 1.2% of any entire operation (amounting to 120,706 tweets).

We also conducted further qualitative case studies on five operations that contained over 20,000 France-related tweets: Iran, the Internet Research Agency also referred to IRA (Russia), Venezuela, Serbia, and Turkey. Noteworthy countries, such as China, were not found to be targeting France in their operations on Twitter, though this finding should not be generalized to other influence methods. Our analysis showed that these countries engaged in community building content before going political, and published tweets that were framed as news headlines to increase the trustworthiness of their messages. We argue that future research should account for these types of apolitical audience building.

Two key tactics appeared to capture how French themes were mentioned in the wider strategies of the case studies above. The first tactic was publishing tweets that read like news headlines, possibly to increase the credibility of inauthentic accounts in the operations (this tactic was used by Iran, the IRA and Venezuela). The second tactic was to mention France in uncontroversial, positive and viral content to appear authentic (this tactic was used by Serbia and the IRA).

Creating accounts to share disinformation and content that reads as an authoritative news headline is a tactic that has been most notably attributed to the IRA’s attempts to infiltrate US political conversation, but Iran and Venezuela also appeared to be using it and using French news as part of their repertoire. Iran and the IRA, as the more prominent employers of this tactic, used it to different ends. Iran, on the one hand, published news-like tweets to promote their own objectives, such as positive and negative bilateral relationships between France and countries they were known to be targeting (such as Saudi Arabia and Israel). The IRA, on the other hand, published breaking news headlines about several international topics, including French terrorist attacks and elections, for the purpose of fabricating authentic credibility in the US social media conversation through fabricated local American news outlets.

Two key tactics appeared to capture how French themes were mentioned in the wider strategies of the case studies above.

In between spikes of tweeting activity around the key French themes found in this study, Serbian and IRA inauthentic accounts tweeted about uncontroversial and positive content such as French sports and tourism. This content included images of beautiful French towns and nature, as well as content about the 2015 French Open. This observation correlates with other evidence of state-backed groups and media outlets who post uncontroversial and viral content with the intention of building their online communities.

While developing their online personas, IRA inauthentic accounts were also found to be retweeting trending hashtags and tweeting about exercise. Serbian accounts were also found to be publishing many tweets about French food and scenery in this present research. These Russian and Serbian examples underscore the general importance of paying attention to the community building practices of state-backed accounts. This period appears to be a prerequisite for launching state-backed information manipulation operations and a phase of the operations during which French topics came into play.

Information operations have been found to target mostly their own (internal) populations, although a small portion of tweets were destined to foreign (external) populations. French themes were sometimes discussed in French and English, potentially targeting French populations, but a high proportion of French themes were discussed in other languages (Russian, Spanish, Serbian, Turkish). External targeting (sending tweets in English or French to reach French or English-speaking audiences) was found to cover terrorist attacks, elections, bilateral news and events, and protests. The smaller proportion of French content (22.6% of tweets in the case studies) underscores the fact that the French language remains a barrier to entry for foreign operations.

The presence of French themed content that is in the native languages of the countries in which many of these information operations originated also brings to question how much these countries wished to influence French people regarding their own news and events, or whether they were possibly targeting French people who are fluent and connected online in English.

The smaller proportion of French content (22.6% of tweets in the case studies) underscores the fact that the French language remains a barrier to entry for foreign operations.

To facilitate further multi-language research on how French themes were mentioned in these information operations, the IDs of the tweets from the above case studies have been consolidated and are available here for download.

Downloads
Policy Paper ( 44 pages)
See also
Information Manipulations Around Covid-19: France Under Attack
Policy Paper - JULY 2020
In times of a pandemic, what harm can social media posts actually cause? ...
Next
Media Polarization "à la française"?
Policy Paper - May 2019
In an atmosphere of mistrust, inaccurate and fake news, how is the media ecosystem evolving in France?...
Next
Series |
Next
Policy Paper -
Next
...
Next
Séminaire réservé exclusivement
à nos entreprises adhérentes
Restricted to
member companies
Next