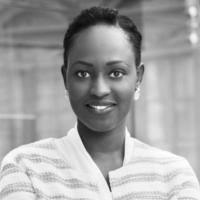 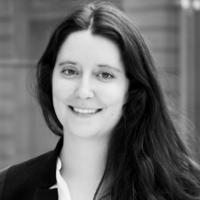 During his campaign, candidate Macron wished to grant Africa a special place. He was determined to establish a “great partnership”. Such ambition will materialize in a new approach, which will be characterized by a continent-to-continent relationship between Africa and Europe, thus turning the page of the “françafrique” history. It will also focus on several priorities including security, the fight against climate change, women’s rights, education and training, infrastructure, and the development of the African private sector.

Since his election, Emmanuel Macron has revealed a number of measures during his trips to the continent. These mainly concerned security, development policy, education, the economy, along with a few symbolic statements, on the CFA Franc and the repatriation of the African cultural and artistic heritage.

While these numerous statements are in line with candidate Macron’s commitments and give, generally speaking, positive signals, it is difficult at this stage to judge the President’s actions, especially as for the moment, he is still lingering in the stage of promises.

The question now is will Emmanuel Macron actually implement his declared willingness to develop a strong relationship between Africa and Europe? Will he move from a traditionally aid-focused approach to a genuine economic partnership between both continents? This will need to be achieved in particular during the negotiations of post-Cotonou agreements. They should begin in August 2018 at the latest, and will have to largely involve European companies.

Africa was granted a special place in Emmanuel Macron’s presidential program. Indeed, he aimed to establish a “great partnership” with the continent:

In May 2017, Emmanuel Macron devoted his first visit abroad to the Barkhane force, the largest French military deployment in a foreign country, with over 4,000 men positioned in Mali, Chad, Niger, and Burkina Faso. In line with François Hollande’s action, he does not consider leaving the operation, and rather seeks to gather more European support, such as that of Germany.

In July 2017, the new French president participated in the G-5 Sahel Extraordinary Summit – comprising Burkina Faso, Mali, Mauritania, Niger and Chad – which is the regional counterpart to the French Operation Barkhane. After having negotiated to obtain UN Security Council Resolutions 2359 and 2391 in favor of the G5 Sahel, President Macron pledged to support the joint Sahelian force that is struggling to mobilize international funding. Thus, the international conference on the Sahel, held in Brussels on 23 February 2018, resulted in the EU increasing its contribution from €50 to 100 million, Saudi Arabia committing to engage similar amounts, as well as Qatar for 30 million. The total funds raised during this conference exceeded the 300 million planned, to reach €414 million out of the 500 expected.

At the Europe-Africa Summit held in Abidjan in November 2017, in addition to individual, financial and criminal sanctions under the auspices of the Security Council, he announced a Euro-African initiative to fight smuggling networks and criminal organizations involved in the sale of migrants as slaves in Libya.

Under Emmanuel Macron and Angela Merkel’s joint leadership at the 2017 G-20 Summit, France, Germany, the EU, the African Development Bank (AfDB), the United Nations Development Program (UNDP), the World Bank (WB) and Italy, Spain and the United Kingdom created the Alliance for the Sahel in July 2017. With more than €6 billion, this Alliance aims to act as a mechanism to strengthen coordination between G-5 Sahel partners, in order to provide faster, more effective and better targeted aid in 5 sectors:

At the end of the 8 February 2018 Inter-ministerial Committee on International Cooperation for Development (Cicid), French bilateral aid in the form of grants and support to NGOs will outweigh multilateral aid, and will focus on Africa and 17 African countries in particular. It is also worth noting a diversification of targets outside the former French colonies, with the inclusion of Liberia, Gambia, Burundi and Ethiopia in the priority countries.

In his November 2017 Ouagadougou speech, exposing his vision for Africa, Emmanuel Macron advocated for the introduction of a flexible visa for qualified students seeking to go back and forth between Africa and Europe. When he clarified his vision three months later in Dakar, he announced the introduction of circulation visas with the country on 4 February 2018, allowing “students, academics, politicians, businessmen and women to circulate much more freely and without other procedures”.

Speaking to the French community in Ouagadougou on 28 November, President Macron announced the creation of a billion-euro fund financed by the French Development Agency (AFD) and Bpifrance – French public investment bank – dedicated to financing African SMEs.

In August 2017, Emmanuel Macron created an independent joint consultative body, the Presidential Council for Africa (CPA), made up of a dozen French and/or bi-national personalities with strong ties to Africa. Mostly young and from civil society, their mission is to nurture the President’s African policy and formulate proposals for action in Africa, being a permanent link with the continent’s youth, civil society, entrepreneurs and women.

On 28 November 2017, during his visit to Ouagadougou, President Macron called the CFA Franc a “non-subject for France”, while declaring himself “in favor” of a change in “name” or “perimeter” of the currency, declaring his readiness to consider the currency’s disappearance, were that to be the wish of African States. He did, however, emphasize the stability brought by the currency while dispelling the post-colonial or anti-imperialist approaches that the issue raises in Africa.

Moreover, in March 2018, the French President tasked the Senegalese writer and intellectual Felwine Sarr as well as the French art historian Bénédicte Savoy with the mission to draft a report on the conditions for the repatriation of the African cultural and artistic heritage currently held in France to their countries of origin and the conditions allowing their protection there.

It is impossible at this stage to judge Emmanuel Macron’s action, and especially its medium/long term consequences. Many announcements have been formulated, which are generally positive signals, but everything will depend on the concrete measures that are finally adopted and the quality of their implementation over time. .

Through his trips to the continent, President Macron has demonstrated the importance of Africa, a region he envisions as strategic. It is undeniable that the French President has engaged in intensive diplomatic action in favor of Africa, particularly in terms of security and the strengthening of the development aid system, which seem to be the two pillars of his African policy. It is now time to translate them into actions.

Terrorism and immigration remain priorities for the French government and two key concerns for Europeans:

Development aid, for its part, benefits from a significant and interesting paradigm shift, at least in the discourse. Rather than confining itself to the sole State-to-State relationship and traditional institutional channels – which nevertheless continue to exist – his vision of a partnership relationship with Africa manifests itself in a desire for a bottom-up alliance with youth, civil society, entrepreneurs. This strategy’s merit lies in the fact that it circumvents, at least, two historical pitfalls:

The composition of the Presidential Council for Africa is an illustration of this shift. Indeed, with an average age of 30 to 40 years, entrepreneurs are well-represented, half are women and Anglophone Africa has two representatives, from Nigeria and Kenya, as to illustrate the wish to leave French entitlements.

Beyond State issues, the symbolic and memory dimension

Regarding the CFA Franc, beyond rhetoric on which Macron seems comfortable to evolve on (change of name, perimeter), some touchy issues can hardly be avoided given the chorus of criticism they raise in Africa: operational account, fixed parity with the Euro, in particular. It is imperative that on this subject, African countries take the initiative. Macron seems to understand this necessity and he even seems to aspire to it. Any interventionism from France will be rightly misunderstood and unwelcome.

Similarly, the thorny question of restoring African heritage, which could reopen quarrels in Europe, bears witness to Emmanuel Macron’s desire to show Africans that he understands their need to become their own center of gravity. This is part of his policy that seeks to change a Franco-centric approach that France has too often adopted.

This new approach, however, opposes a number of “hiccups”, widely received within the African continent as part of a logic of neo-Colonialist condescension. This was notably the case of the French President’s remark on the fertility of women, which he considers too high, on the sidelines of the 8 July G-20 summit, or the comment he uttered against his counterpart in Burkina Faso during a question-and-answer session with students from Ouagadougou.

Furthermore, a schism appears between the expectations of African youth who, on the continent, hope to put an end to the dictatorial regimes, and Emmanuel Macron’s persistence to receive them and to deal with them. This causes the French President to face a dilemma that his predecessors knew too well: interventionism is as much criticized as is non-interventionism of France in African affairs.

Emmanuel Macron’s African policy can be judged through two important tests: his political, symbolic and security action on the one hand, and his economic action on the other.

On symbolic, political and security questions, which depend on circumstances and personal equations, President Macron, has begun to provide some indication of his seemingly high level of determination. The are numerous obstacles. The G5 Sahel is one of the most important strategic challenges for France in Africa. However, it is only one challenge among others: what about developments in Libya and Algeria for example? On another note, how will France negotiate the 25th anniversary of the Tutsi genocide in Rwanda?

On economic issues, the negotiation of post-Cotonou agreements – an agreement signed in 2000 between the EU and the 100 African, Caribbean and Pacific (ACP) countries, whose objective is to establish free trade between these countries – which should begin in August 2018 at the latest, is an opportunity to implement the will expressed by Emmanuel Macron during the campaign of a continent-to-continent relationship with Africa. It is also the opportunity to move from a traditional focus on aid to a true economic partnership between continents. For this, European companies – French companies in particular – will have to be associated more closely with these post-Cotonou negotiations, the current agreement expiring in February 2020. Thus, the investment fund of €1 billion, financed by the French Development Agency (AFD) and Bpifrance, whose creation was announced by President Macron during his speech in Ouagadougou, should benefit from this same continent-to-continent logic, namely by including Germany, who wants to invest more in Africa through its development bank, the KfW.

At the crossroads of both ambitions for the new President, is a key measure: the introduction of a flexible visa for qualified students seeking to travel back and forth between Africa and Europe, as announced during the Ouagadougou speech in November 2017. This measure must extend to all African and European countries – beyond France and Senegal – and to workers through economic visas, in order to increase opportunities for Africans in France and in Europe. This must be accompanied by a simplification of all the administrative procedures necessary to recruit African employees. Thus, France will participate in the training and education efforts of the continent, beneficial for its social and intellectual development.