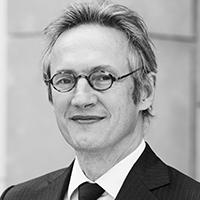 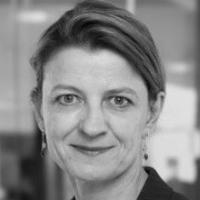 Candidate Macron defended a paradigm shift from a reasoning centered on infrastructure to a logic focused on services. He called for a transport policy based on daily mobility, which would thus seize the opportunities offered by new technologies.

France possesses a particularly consequent, yet ageing, transport network, in a financial context that makes the revision of its funding model mandatory. The interruption of major infrastructure projects to finance the modernization of existing infrastructure was put forward in Emmanuel Macron’s program. The renewal of the transport policy was justified – according to the candidate – by the necessity to improve the quality of the service provided to citizens, and not by existing financial constraints.

In order to prioritize needs and to ensure projects’ financial sustainability, the government is drafting a law on the orientation of infrastructure. Its multiannual program is defined in close collaboration with the Council of Infrastructure’s Orientation (COI), which was launched by the government in October 2017.

To conduct these reforms, the government referred to broad consultations and to recommendations from experts in the field (Mobility Conferences, Aerial Conferences, etc.). It excluded the use of ordinances for some topics (e.g. the opening to competition planned in the SNCF national railway reform) and kept it as an option for others (e.g. the status of railworkers).

Beginning of the consultation of the National Mobility Conferences

Closing of the National Conferences on Mobility

Project abandonment of the Notre-Dame-des-Landes airport

Launch of the consultation on the national railway (SNCF) reform

Mobility and transport are priorities for competitiveness, attractiveness and the equality between different regions. Besides, they are key for accessing the labor market, vocational training and professional integration, depending on need, but also for companies to find employees. Moreover, mobility absorbs an important part of the French “time budget”. This is why Emmanuel Macron has put daily mobility at the center of his promises concerning transport and mobility.

While candidate Macron had made the diagnosis of a well-performing French transport network, he also found that its old age was bound to be a threat. Therefore, the candidate’s priority was to improve existing structures, before launching new infrastructure projects. He proposed an emergency plan for investment in renovation (rail and roads, especially national ones – the gap in the maintenance level between national roads and highways is widening).

Candidate Macron also considered that it was urgent for France to seize the opportunity offered by new technologies in order to face the challenges of tomorrow’s mobility. Indeed, the transport sector is one the most impacted by digital transformations, right after the media. It is no coincidence if the word “Uberization” (the Uber economy) in French comes from the digital company Uber, a pure player, which has disrupted the taxi market all over the world.

The candidate never made any direct claim on transport in his speeches. The campaign promises were therefore less detailed – and probably less engaging – than in other areas, especially regarding operators.

Nevertheless, the candidate’s proposals regarding transport policy were the following:

Regarding the SNCF national railway system, Emmanuel Macron committed to preparing the market to open up to enhanced competition for activities involving passengers. Moreover, he hinted that he would nationalize the “historical debt” of this public rail company.

The government’s action – led by Elizabeth Borne, Minister in charge of Transport – is characterized by:

These projects aim at constructing a coherent transformation program, in order to improve citizens’ and local authorities’ mobility options, thus providing France with modern legislation concerning new transit options and the use of mobility data. The SNCF reform is justified by the will to ensure more efficient and reliable public railway services, especially for daily transit.

The implementation of a programming act for transport infrastructure

In order to draft a programming act for transport infrastructure, the government launched a Council of Infrastructure’s Orientation (COI), chaired by Philippe Duron. This Council has handed a report to Minister Elisabeth Borne on 1st February 2018.

3 scenarios were presented in this report. Decisions will have to be made before the Summer:

The President confirmed his guidelines regarding the railway during the launch of the lines Tours-Bordeaux and Le Mans-Rennes in July 2017, but to date, firm decisions have been made only for the Roissy Express (in November 2017), the agenda of Société du Grand Paris, and the abandonment of the project of an airport in Notre-Dame des Landes.

The government has confirmed that it will implement a project planning the construction of 200 kilometers (124 mi) of automatic metro lines and a network of 68 stations in the Ile-de-France region. However, while these constructions are a priority and should be over by 2024, in order to be able to host the Olympic Games, the rest will be postponed until 2030 (the project was initiated in 2008).

Moreover, this project is raising questions regarding its sustainability. Its cost has been re-evaluated several times (it was estimated at €19 billion in 2010 and then over €35 billion in 2017 by the Court of Audit), while the institutional organization of the Grand Paris has still not been determined and hampers the project’s efficiency.

The government is reaffirming its support of the development of French startups and its help to smaller ones developing in the mobility sector, but also in health and security. Detailed measures are expected to be announced in upcoming weeks, especially the publication of data. This ambition is combined with the government’s aim to become a leader in autonomous vehicles.

The government, which has shared the main results of the Spinetta report, has initially chosen to legislate with ordinances to:

Confronted with the reactions that were sparked by the announcement of a reform carried out exclusively by ordinance, Minister Elisabeth Borne finally claimed in March 2018 that she would submit to MPs the amendments organizing SNCF’s introduction to competition.

Nevertheless, as we speak, the government’s position remains unclear regarding the funding of the French railway (transfer of SNCF’s debt to the State, funding of the annual operational dead-end of €2 billion, planned royalty system to access the network….). The same goes for the future organization of SNCF, even if the Prime Minister announced both that the debt would be transferred “by the end of the presidential term” and that the “German model” would inspire the SNCF’s future organization.

Finally, two major topics are excluded from the SNCF’s reform: the closing of smaller lines and the issue of the special status for SNCF employees’ pensions – which will be discussed during the global pension reform planned for 2019.

The bill is currently being drafted, and its main themes should be the following:

This bill is expected to implement some important campaign promises, such as the end of “house arrests” due to isolation or the necessity to reduce “territorial divides”. We will have to wait for more details on the expected text to analyze its content.

Macron’s presidency will be the opportunity for strong shifts in transport policy, which are easy to guess, despite the fact that all decisions have not been taken yet, and that the national railway reform is under way just now.

On the content, a new balance is showing between public transport, cars (cleaner, more shared), and new mobility options (in particular bikes), which share strong environmental characteristics. The current mindset seems to focus on questioning annuities and ideas from the past, in order to tackle concrete questions with pragmatism. It translates, for instance, into statements aiming to think in terms of current transport services offered to inhabitants, rather than in terms of large infrastructure projects. The same approach had indeed inspired the liberalization of transport thanks to coaches, back when Macron was Minister of the Economy, and those are now being referred to as “Macron coaches”.

In addition, the government wishes to tackle funding and investment challenges differently than through budget cuts, i.e. by making real choices and funding heavy maintenance, which has been far too neglected until now. Anyhow, if trial balloons have been launched, it is still hard to determine whether – once the choices are made – the transport system will be provided with long-term funding or continue to depend on the under-maintenance and cumulative debt. Should we understand the announcements made on Parisian airports’ privatization as the reopening of the private funding field, or simply as a patrimonial operation?

On the form, the most striking elements of this first year were both the ambition to make clear-cut decisions on complex and sensitive topics (the airport project in Notre-Dame-des-Landes, the status of railway workers, competitiveness), and the systematic consultations of all players involved (professionals, local authorities, elected politicians, citizens, etc.) through events like the Mobility Conferences.

Many issues have been mentioned, and have been the subject of in-depth reports and large consultations. As of now, strong public policy shifts have been decided, but decisions are still expected in coming months: the follow-up on the Dutron report, the future of the very costly tunnel project between Lyon and Turin, the detailed content of the LOM bill on new types of mobility, final decisions on the railway reform, and of course, a final draft of the 2019 Finance Bill. All are opportunities to implement campaign promises: daily mobility for all French citizens – including the most isolated –, the ambition to encourage innovation and French champions, and, of course, the reduction of public spending.

Moreover, as illustrated by projects like the Grand Paris project, the potential re-establishment of local urban-tolls or regional eco-tax, and the closure of small railway lines, the decisions that are taken on the field require the creation of new ways of “deciding and doing together”, involving the State and various local authorities, in order to be impactful. The development of an ambitious transport policy requires that all actors are aligned, which is particularly important since the implementation of the NOTRe law, which defines the country’s territorial organization. This transformation, which aims at creating a new form of governance for mobility, in which the State’s role is yet to be defined, is far from being the country’s easiest task.