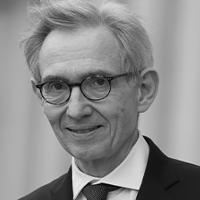 President Macron has managed to truly “reset” France’s policy in the Middle East and the Maghreb, in particular thanks to a very active policy of personal networking. However, results are not tangible yet, neither on Libya nor on Syria. Similarly, while France has started to renew its relationship with the Maghreb, much remains to be done to overhaul and develop cooperation mechanisms.

Nevertheless, Emmanuel Macron’s France appears as a potentially decisive player in the crisis surrounding the Iran nuclear agreement (JCPOA). To what extent can France play a moderating role on this particular issue, but more generally in the context of escalating regional tensions that many signals seem to point to?

Speech by Emmanuel Macron to the People's Assembly in Tunis

During the campaign, Emmanuel Macron identified France’s role in the Middle East and North Africa (MENA) region as a major axis of his foreign policy, were he to be elected.

While avoiding to really go into detail, his statements highlighted a series of issues, such as fighting against terrorism and extremism, managing migration, renewing France’s relationship with the Maghreb and, of course, contributing to the resolution of several crises (Libya, Syria). He also emphasized the need for a stronger European policy in this region.

On the Syrian conflict, the candidate’s stance spread some confusion: sometimes, he would argue for bold interventionism, and at other times, he would insist on the need for a new diplomatic roadmap, which would include the creation of a contact group, be less insistent on Bashar al-Assad’s departure, and wish for a reinforced dialogue with Russia.

On the Israeli-Palestinian conflict, the candidate supported a somewhat “classic” French position: a two-State solution.

Regarding France’s alliances in the Middle East, Emmanuel Macron advocated for a re-examination of the relationship with Saudi Arabia and Qatar – suspected to support destabilizing organizations in the region – and a neutral approach to the Sunni / Shia conflict. The candidate also defended dialogue with Iran and the preservation of the nuclear agreement, provided that Tehran would continue to abide by its commitments.

After a few months in duty, President Macron has started to “reset” the French policy regarding the Arab and Mediterranean world. His policy is the result of a personal commitment, as demonstrated by the early initiative of a meeting in Paris of the two main protagonists of the Libyan crisis – Fayez al-Sarraj and Marshal Khalifa Haftar – on 25 July 2017, by Emmanuel Macron’s numerous trips – Morocco, the United Arab Emirates, Saudi Arabia, Algeria, Qatar, Tunisia -, or by the hosting in Paris of a great number of regional leaders – Abdel Fattah Al-Sissi, President of Egypt, Saad Hariri, Prime Minister of Lebanon, Michel Aoun, President of Lebanon, Benjamin Netanyahu, Prime Minister of Israel, Mahmoud Abbas, President of the Palestinian Authority, Sheikh Tamim bin Hamad al-Thani, Emir of Qatar, Recep Tayyip Erdogan, President of Turkey, and more.

Emmanuel Macron’s policy has reached its first limits in the management of open crises. The first example is Syria: the contact group proposal has been disregarded, the search for a dialogue with Russia and a change in language regarding Bashar al-Assad’s fate have not significantly strengthened France’s position in the conflict. However, over the last few weeks, we have witnessed a shift, which resuls from President Macron’s willingness to act in Syria. For this reason :

Clear-cut threats about the “red lines” drawn during Vladimir Putin’s visit at Versailles (on the use of chemical weapons by the Assad regime and on humanitarian access) lead the President to face problems regarding the implementation of his policy.

In Syria once again, political developments (Geneva, Sochi) but mainly developments on the field (attacks on Ghouta despite the UNSC Resolution) have revealed an enduring marginalization. However, President Macron fully assumes the holding of a military presence along American and Syrian Democratic Forces in North-East Syria. His government opposes funding projects for reconstruction for as long as no political transition takes place in Damascus.

On the Libyan issue, the impetus to mediate, given by the UN at the beginning of Emmanuel Macron’s mandate, has as of yet proved inefficient. Some observers are actually raising questions about France’s real motive in Libya and accuse the country of complacency with Marshal Haftar. On Yemen, France’s continuous support to Saudi Arabia and the United Arab Emirates is yet unable to convince them to engage in a crisis exit strategy.

However, the President’s profile and his political voluntarism allowed him to position France as an actor of “new crises” – or at least as a potential one.

Emmanuel Macron managed to remain distant from tensions opposing Qatar and its neighbors, using them to the benefit of his agenda to fight terrorism. After that, his personal engagement allowed for the resolution of the crisis between Lebanese Prime Minister Saad Hariri and Saudi Arabia, thus reinforcing the French involvement in Lebanon in favor of the preservation of stability.

Above all, Emmanuel Macron appeared, as months went by, as the main intercessor between Iran and the Trump administration in a crisis provoked by the US withdrawal from the nuclear deal on 8 may 2018. Again, a major shift occurred during President Macron’s state visit to Washington from 23 to 25 April :

On other topics – the Israeli-Palestinian conflict, the revitalisation of the relationship with countries in the Maghreb, and even the fight against terrorism -, President Macron’s first steps have been a curtain-raiser. Policies remain to be defined and means to be mobilized, particularly in the Maghreb. In this regard, the European dimension the candidate claimed any French policy in the Middle East should have during the presidential campaign has not really materialized. This might partly be the consequences of uncertainties specific to Europe’s current state (e.g. Germany), but France’s partners suspect this in fact reflects the continuity of somewhat “Gaullist” reflexes, which prioritize France’s autonomous action over the search for a common European approach.

3 main topics will require ambitious answers from the Macron administration in upcoming months, which will determine France’s policy in the Middle East.